EMMANUEL Macron is facing a wave of backlash after reports that the French government may introduce new COVID-19 restrictions ahead of New Year's Eve to curb the spread of the Omicron variant.

French broadcasting group TF1 reported on Sunday that Mr Macron’s government were preparing to decide on a “curfew” for New Year’s Eve celebrations. An advisor told the TF1 news channel La Chaîne Info that “the question is posed” as COVID-19 cases spike in the country. The media outlet added: "The possibility will be decided at the Health Defence Council to be held this Monday.”

Just short of 3,300 people are in intensive care, reports France24.

This number exceeds the figure of 3,000, which was set in France as the crisis threshold for dealing with severe illness from COVID-19.

Mr Macron is expected to hold a meeting at 15.00 GMT on Monday to discuss the escalating case numbers with French health officials 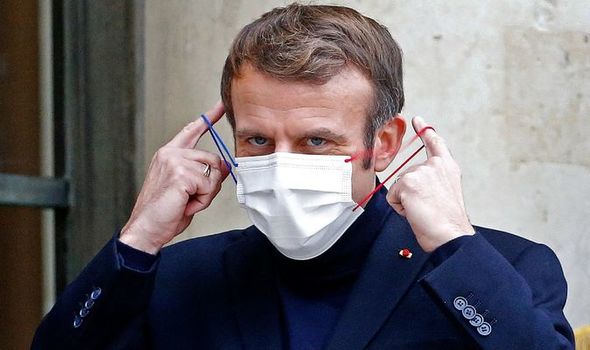 Many of the planned New Year’s Eve celebrations organised across the country have already been cancelled ahead of any announcement Mr Macron will make after this meeting.

A curfew was also in place for France last year over the New Year’s Eve period.

“But there has been a 'shame pass' for months and 90% of adults are vaccinated.

“That would be enough to reveal the fraud of this government!

“This is the biggest lie in history. Don't believe anything anymore, resist 100%!”