Bobby Sands died 35 years ago today: how The Irish Times covered the news

MR BOBBY SANDS, the 27-year-old Republican hunger-strike and Westminster MP, died in the hospital wing of the Maze Prison, Long Kesh, this morning 35 years ago

Mr Sands, who had just entered his 66th day without food, had been in a coma since the Sunday before.

His family were at his bedside when he died. He was the first person to die on a hunger-strike in Northern Ireland, and the third to fast to death in the then troubles.

Mr Sands, who was  elected as MP for Fermanagh/South Tyrone, had stayed alive longer than many people expected. During the hunger-strike late last year, for example, Sean McKenna was on the point of death after 53 days.

Mr Sands’s death followed a series of unsuccessful attempts to resolve his hunger-strike protest, which was undertaken to secure the granting of five demands, including the right not to wear prison clothes or to do penal work. 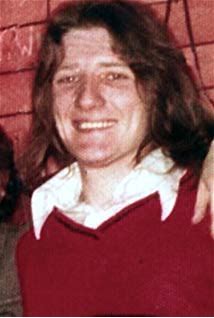 Bobby Sands died on a water bed lying near a large crucifix, given to him by Father John Magee, the Pope’s private secretary.

The Chairman of the National H-Block/Armagh Committee, the Rev Piaras O’Duill, had said in that  morning that he hoped the death of Bobby Sands would be useful, and that something would be done before other prisoners died.

The British Government were to blame, he said, adding that his committee, and those who had been campaigning on behalf of the prisoners, had been trying to avoid such a death for the past couple of years.

Fr O’Duill said the British could have conceded the five demands, “but now the prisoners will be more determined now that one has died and more will follow.”