The Free State's war on family-owned pubs is finally set to end, but how many will be left in business afterwards?

The Government is likely to authorise the reopening of pubs which do not serve food on September 21st, after discussions with the National Public Health Emergency Team (NPHET) advised they should not open before that date.

The reopening of “wet” pubs, which have been closed since March, will be subject to strict regulations on social distancing and hygiene. One political source familiar with the plan said, “It’s not business as usual.”

The Cabinet is expected to agree to the reopening date at a meeting on Tuesday.

However, it comes amid growing concern over rising levels of infections, particularly in Dublin.

The news will come as a relief to the owners and operators of the 60 per cent of pubs which do not serve food and have not been permitted to open. Irish pubs have experienced the longest lockdown in Europe and publicans have been lobbying fiercely in recent weeks to be allowed reopen.

Tipperary publicans will protest outside Leinster House on Tuesday about the continuing closure of pubs, as well as the new regulations, while the Rural Independents Group – including Tipperary TD Mattie McGrath and Michael and Danny Healy-Rae – has tabled a private members’ motion for the Dáil on Wednesday opposing new regulations requiring pubs keep receipts of food consumption for 28 days. 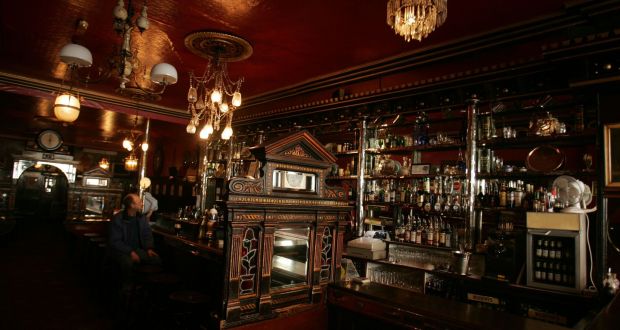 Publicans who held protests outside the offices of Ministers Simon Coveney and Michael McGrath in Carrigaline, Co Cork, on Monday have vowed to roll out similar demonstrations nationwide if the Government fails to protect their livelihoods.

Public health officials suggested that counties with a high incidence of Covid-19 could be excluded from the mooted reopening of pubs later this month, though this was played down by Government sources.

Acting chief medical officer Dr Ronan Glynn said he thought it was “possible” for wet pubs to reopen in the middle of September, but he flagged a “particular concern” about a number of counties.

Rising case numbers in Dublin and Limerick are causing concern among public health officials, who have called on residents of both counties to limit their social interactions as much as possible.

“The next seven days, in terms of people’s behaviour, are really important,” he said. “If things stay stable, we’ll see.”

Meanwhile up to 40 schools have contacted public health officials about cases of Covid-19 involving students, but as yet no clusters or outbreaks have been reported in schools.

One per cent of the 4,000 schools which have reopened in recent days have been in touch with public health officials, a NPHET briefing was told on Monday evening.

However, this does not mean an outbreak has occurred, according to public health specialist Dr Abigail Collins, who said usually cases involving children had occurred in the community.

In some cases, classes or pods of students had been removed from the school and further testing ordered, she said, but “at this point there are no confirmed outbreaks in schools”.

Dr Collins said she was optimistic about the reopening of schools, which she praised for reacting in a “pragmatic, sensitive and caring” way.

A further 102 confirmed cases of Covid-19 have been notified to NPHET, while no further deaths were reported. Dublin accounted for 56 of the new cases.

Meanwhile, the European Commission on Monday published a proposal for a common EU system governing travel restrictions between member states. Ministers are expected to discuss current travel restrictions on Tuesday, though sources say decisions are unlikely until next week.