The war on Christianity continues with a legal action taken against constitutional declaration to God.

The European Court of Human Rights (ECHR) is considering a case taken by two TDs and others against the State over the constitutional requirement that the president and Council of State members must make a religious declaration before taking office.

The Strasbourg-based court has asked the parties to make efforts to reach a “friendly settlement” prior to any hearing taking place.

The case concerns articles of the Constitution which provide, that before taking office, the president and members of the Council of State must swear a declaration “in the presence of almighty God”.

The applicants claim article 12.8 and article 31.4 exclude conscientious non-Christians, non-believers and those who do not wish to violate their consciences from the Office of President and membership of the Council of State.

They claim that as prominent politicians and members of Irish civil society, they can legitimately aspire to being elected president or being appointed to the council.

The ECHR informed solicitor Colm MacGeehin, for the applicants, earlier this month that it has decided to write to the Government to give notice of the complaints about the declarations. It has also asked the parties to consider two questions. 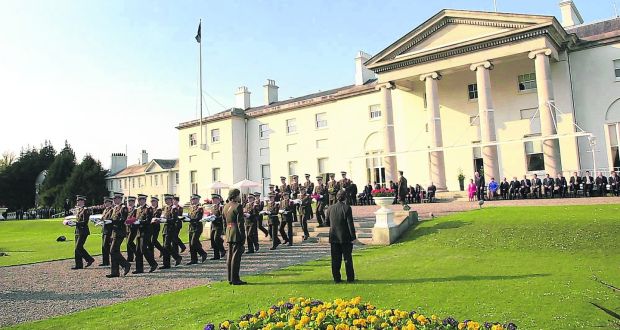 Firstly, whether the applicants can claim to be “victims”, within the meaning of article 34 of the ECHR, of the alleged violation of article 9.1 of the convention as a result of the requirements.

Article 34 provides the ECHR may receive applications from any person claiming to be a victim of a violation of the rights set out in the convention. Article 9.1 provides everyone has the right to freedom of thought, conscience and religion.

Question two asks whether the requirements of article 12.8 and article 31.4 breach the applicants rights under article 9.1.

The parties have until November 25th next to discuss the terms of a “friendly settlement”, without prejudgment of the outcome of the case should the negotiations prove unsuccessful.