The Irish Times And Its Favourite Hobby

You can't escape a certain routine in Ireland; the wet Irish summers, wearing socks with sandals and of course Catholic bashing in the Irish Times.

George Cardinal Pell had his conviction for historical child abuse quashed by the Australian High Court and rather than focus on the fact that a man had been unjustly incarcerated for 400 days for a crime he never committed, not to mention his good name reputation dragged through the mud, the Irish Times in their infinite wisdom decided to lead with the headline " Church abuse survivors shocked as Cardinal Pell walks free".

Anyone reading such a headline might reasonably conclude that the survivors of clerical sex abuse were subjected to, what might be considered,  're-abuse ' when the Cardinal was released from prison AS AN INNOCENT MAN. 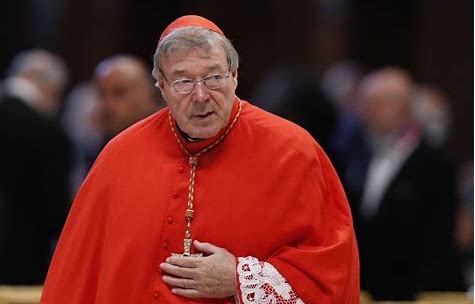 Then again, such bigotry is to be expected from a newspaper that was once considered a " paper of record" (such was its objectivity) alas, those days are long gone. If a time traveller were to escape from Belfast 1970 and re-emerge in Dublin in 2020 he might reasonably surmise, upon reading an edition of the Irish Times, that the paper had been taken over by the DUP and had Ian Paisley as it's editor in chief.

It is getting to a stage now in column inches of the progressive media that the description of a recipe for soda bread would have to include the obligatory attack on the Catholic church. Perhaps they would list amongst the ingredients,' Catholic abuse' between a cup of wheat flour and the butter milk? Failing that, they could always show the bread coming out of an oven, steaming hot, with the flames of the cooker in the background being fanned by maniacal priests.

Anyone with a half a brain cell knows that the bias in the media against anything traditional is overwhelming and obvious. Those who deny this fact either work in the main stream media or continue to subscribe to it and effectively paying for their own indoctrination. The latter are too stupid to notice that they are being manipulated and the former too diabolical to care. Sadder still are the, few but sizeable, anti Catholic nationalists who despise the main stream media on one hand for their subversion of the truth, yet defer to that very hated source to educate themselves about the "wicked Catholic church" on the other.

Antonio Gramsci, an Italian communist made famous by his " long march through the institutions" stratagem, remarked that one of the greatest bulwark against the onslaught of communism was the presence of the Catholic church. This claim is given credence given the fact that since Ireland lost its faith, with the help of the main stream media, there has been a simultaneous breakdown in morality, freedom and hope and a stark increase in degeneracy, selfishness and tyranny.

George Cardinal Pell's release upon acquittal and the subsequent reaction by the usual suspects of anti Catholic sources highlights the blatant bigotry in open sight amongst factions of the media. It also compels us all to be very wary of the continued threat the main stream media poses as an accomplice in the destruction of our nation.