The transgender Twitter user who posted a pipe bomb threat directed towards JK Rowling and her family has been revealed to be an Irish anti-racism activist and is now under police investigation.

The controversy began when Rowling, who has become a sworn enemy of trans activists for her refusal to accept the erasure of women, revealed the threat on Twitter.

“My family’s address (covered), a pipe bomb and a picture of a bomb-making handbook. The account remains active, naturally. #BeKind,” tweeted the Harry Potter author.

The account that made the threat was deactivated and then deleted by the owner, with no action taken directly by Twitter.

The latest threat came after Rowling expressed support for a male detransitioner who shared his story about how he was pressured into a sex change.

Rowling is constantly bombarded with death threats by transgender activists, many of whom face no consequences either from police action or merely Twitter bans.

“I’ve now received so many death threats I could paper the house with them,” the author previously tweeted.

However, the culprit behind the latest threat has now been identified. 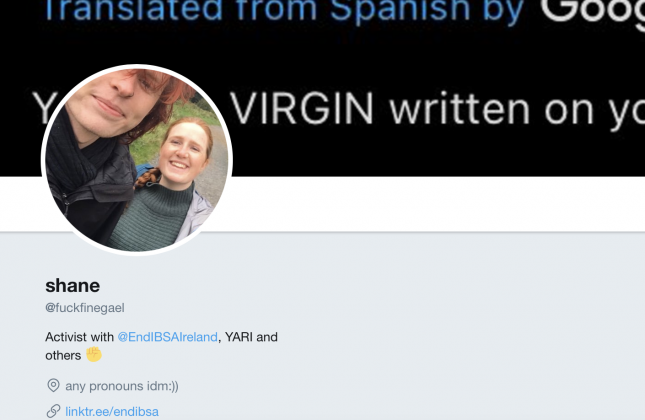 According to an investigation by Reduxx, “the user behind the account is an Irish social justice activist and “feminist organizer,” who has also engaged in anti-racism activism.

“Despite being deactivated, a quick search through the publicly-accessible Internet Archive’s WayBackMachine will quickly reveal that the account belongs to Shane Murray, an Irish social justice activist,” states the report.

“A screen capture of Murray’s account from 2021, taken by the WayBackMachine’s automated system, shows he described himself as an organizer with multiple social justice groups, including End Image-Based Sexual Abuse (End ISBA) Ireland, Youth Against Racism and Inequality, and ROSA Social Feminist Movement Ireland.”

“Murray was featured as a social media coordinator for the End ISBA campaign on two occasions in 2020, in both the University Times and the College Tribune. The advocacy group was an effort launched by University College Dublin Student Union representatives of which Murray was one, and was focused on targeting internet-based abuses, specifically that of a sexual nature such as ‘revenge pornography.’”

Murray was also previously lauded by the University College Dublin as an activist of note.

Despite Murray deactivating all his social media accounts, he is now being investigated by Police Scotland for the threat against Rowling, according to the report.

The story once again underscores how those supposedly engaged in activism promoting tolerance and acceptance routinely engage in the most vile rhetoric and harassment campaigns imaginable.