Trump Takes A Stand Against Border In The North!

Trump's special envoy to Ireland has shown a strong US opposition to the disastrous plans for a hard border post Brexit.

US president Donald Trump’s special envoy to Northern Ireland, Mick Mulvaney, has warned against creating a “hard border by accident” on the island of Ireland.

British prime minister Boris Johnson is proposing new legislation that would break the Northern Ireland protocol of the Brexit divorce treaty that seeks to avoid a physical customs border between Northern Ireland and the Republic.

“The Trump administration, State Department and the US Congress would all be aligned in the desire to see the Good Friday Agreement (Belfast Agreement) preserved to see the lack of a border maintained,” Mr Mulvaney said in an interview with the Financial Times published on Friday.

His remark comes two days after US Democratic presidential candidate Joe Biden warned Britain that it must honour the 1998 agreement as it withdraws from the European Union or there would be no separate US trade deal.

Mr Biden said: “We can’t allow the Good Friday Agreement that brought peace to Northern Ireland to become a casualty of Brexit. Any trade deal between the US and UK must be contingent upon respect for the Agreement and preventing the return of a hard border. Period.”

The discussions “covered a broad range of issues and some limited progress was made,” the UK government said in a statement late Thursday. 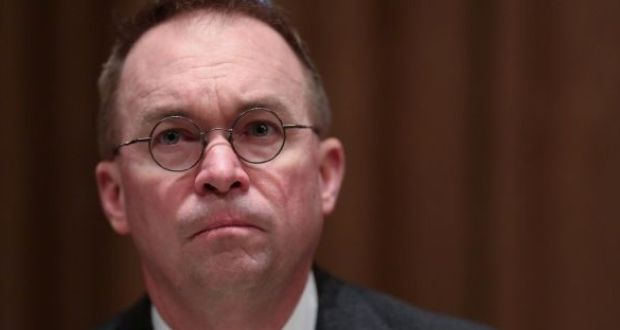 Even so, the UK said “significant gaps remain in key areas, including fisheries and subsidies.”

The two sides are trying to reach a trade deal to take effect once Britain’s post-Brexit transition period closes at the end of the year. But they’ve become snarled over the UK’s desire to curb the access of EU fishing vessels to its waters, and over the so-called level playing field - in particular, what EU state aid rules the UK will have to follow after leaving the bloc.

“We will continue to work hard to bridge those gaps in talks next week, without compromising our fundamental position of being an independent country,” the UK government said.

Dr von der Leyen told the newspaper that while Mr Johnson’s decision to introduce legislation allowing his government to breach the terms of the withdrawal agreement struck between the two sides was “a very unpleasant surprise” and a “distraction,” the focus should remain on striking a trade deal. “I am still convinced it can be done,” she said.

Negotiators are trying to come to an agreement by mid-October in order to provide time for it to be ratified by year-end. – Reuters/Bloomberg