Warning Of Economic Catastrophe In Kildare

The regional lockdown in Midlands is set to cause an economic meltdown. Rural areas are already suffering but this lockdown will destroy any semblance of employment left in rural Ireland.

More than a 1,000 jobs will be lost just in Co Kildare alone, causing “an economic meltdown”, following the Government’s decision to impose restrictions on Laois, Offaly and Kildare, it has been claimed.

“There has been absolutely no engagement or consultation from NPHET, the Health Service Executive, or anyone in Government,” said Allan Shine, the chief executive of County Kildare Chamber.

“We are at pains to understand why NPHET and Government could not take the stance to order a comprehensive sweep of community testing in the areas affected in Kildare, Laois and Offaly.”

He said a decision about lockdown could have been taken if mass testing showed quickly that the virus was widespread, adding that people in Co Kildare currently must travel to Dublin for Covid tests because local testing was not available.

Meanwhile, O’Brien Fine Foods in Timahoe, Co Kildare, said six more Covid-19 cases have been found amongst workers after the testing of 42 more. “In all cases the level of asymptomatic infectivity appears to be very high.”

The company said all affected workers have been told to isolate and contacts were being traced, while operations would stay closed as a precautionary measure. “All staff will continue to be paid in full.”

The company said once it does reopen O’Brien workers would be tested every fortnight, while measures to cuts the risks created by staff travelling to work would be put in place. 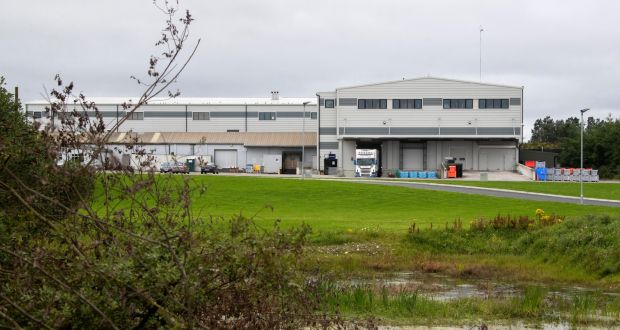 Meanwhile, the Irish Dog Foods plant in Naas, Co Kildare, which remains shut for a second week after 30 to 40 Covid-19 cases were found, is to reopen on a “phased” basis on Monday after deep cleaning.

Refusing to disclose the total number of staff who have tested positive to date, a company spokesman said all employees were tested and have been provided with “appropriate advice”.

Workers would be given extra “Covid awareness training”, said the spokesperson, while those who have tested positive would meet with company doctors before going back to work.

Responding to fears in the wake of a number of outbreaks in meat and meat processing plants, industry lobby group Meat Industry Ireland (MII) said they acted “as as a stark reminder of the persistent threat of Covid-19”.

A relentless effort and focus had to be maintained “to keep the virus out, protect staff, while also keeping the fresh meat supply chain in operation”, said MII, adding its members operated “robust protocols”.

“Speed of testing results and the track-and-trace process are critical, as is continuous clear communications with staff around all aspects of dealing with the Covid threat,” the lobby group declared.

A “very high proportion” of workers who tested positive were asymptomatic, so did not display any of the known symptoms of the virus, “contrary to what has been alleged in some quarters”.