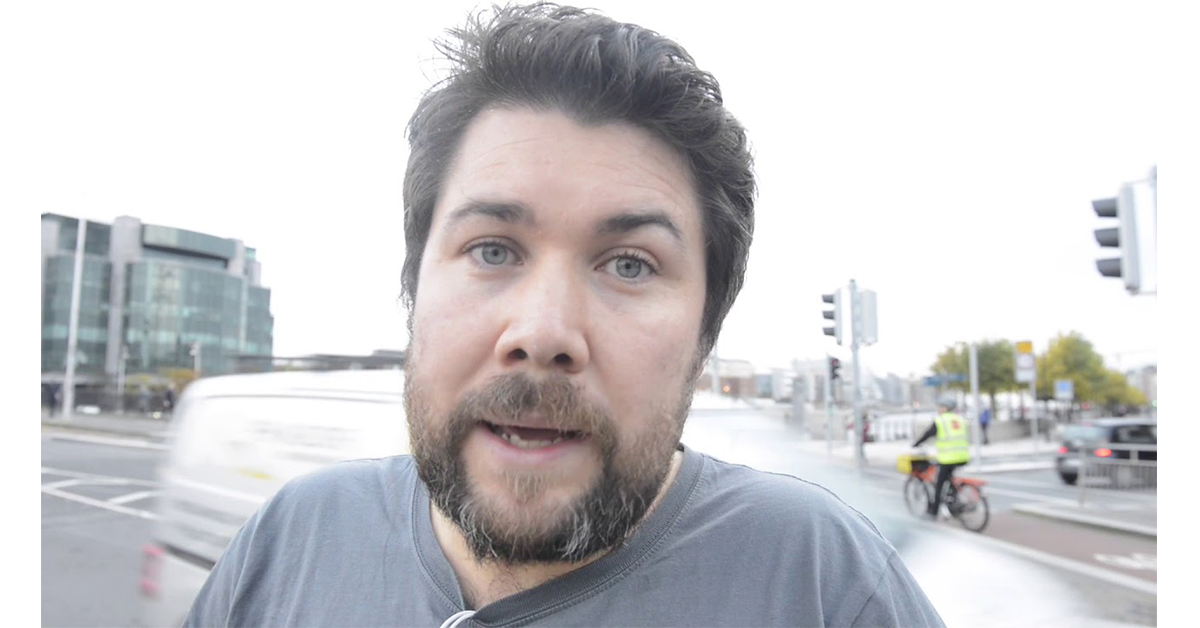 On 23rd of April Leah Doherty was convicted on two counts of assault in Carrick on Shannon District court.

After being convicted of assault, Leah Doherty sent a tweet out on Social Media boasting about the assault & having to pay a €300 fine.

Councillor Oisín O’Connor (Green Party) replied to the tweet (see below) offering to pay the fine & used abhorrent language for a Councillor. This is disgraceful behaviour from a sitting Councillor, offering to use taxpayer’s money to pay a fine of a convicted criminal. 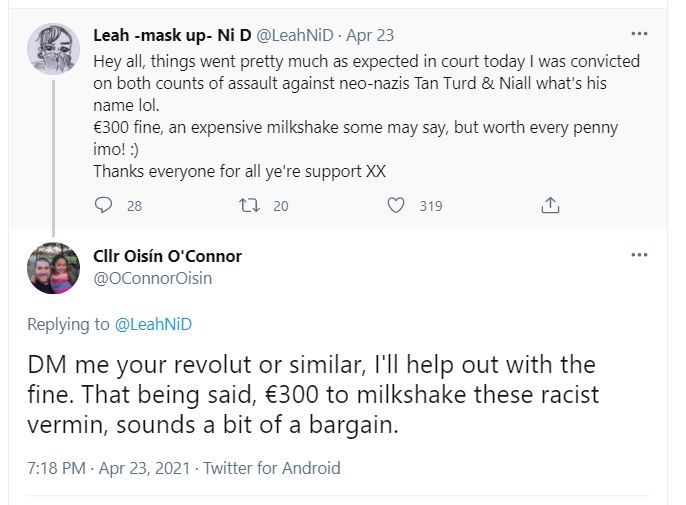