Sweden's strength is clearly proven to be it's rich ethnic diversity as 2 Swedish boys are beaten raped and forced to dig their own graves. #EndThePlantation

Two boys who claim to have been kidnapped, beaten, raped and buried alive in a ten-hour ordeal have given their terrifying account of the attack to Swedish police.

The pair described a night of terror that unfolded in a cemetery in the Solna region, north of Stockholm, on August 22 - beginning with an offer of drugs, and ending with them looking like they'd 'showered in blood'.

During the assault, the pair say they were kicked and punched countless times, stabbed, burned, stripped naked and forced to dig their own graves.

Two men, aged 21 and 18, have been arrested over the assault. Police have not yet identified the pair. 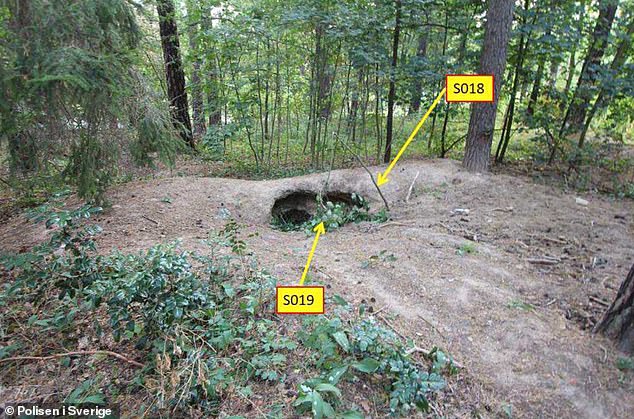 Police in Sweden have released the first account given by two boys who claim they were kidnapped, raped, forced to dig their own graves (pictured) then buried alive 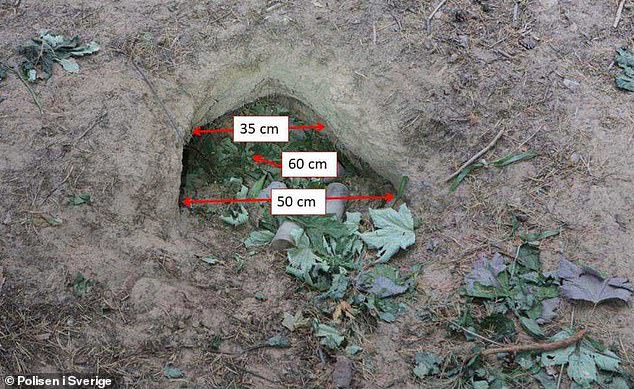 The boys say they were subjected to a ten-hour ordeal that began with an offer of drugs and ended with them 'showered in blood' (pictured, another of the graves the boys dug)

On Thursday, police released the findings of their investigation along with the first images of the scene and the attackers which were published by Swedish newspaper Aftonbladet. Images of the accused were pixellated by police.

The victims said the attack began around 11pm when the two accused approached them on a footpath near the cemetery and offered to sell them drugs.

The boys refused and tried to keep walking, but said they were threatened with a knife and dragged away into some nearby woods.

During the ordeal, the pair said the attackers kept threatening to harm their families, claiming to know where they lived.

Once in the woods, the boys say they were beaten with punches and kicks before being taken into the cemetery where they were stripped of their clothes.

The attackers asked them for money, searched their pockets, took their bank cards and then demanded details so they could use them. 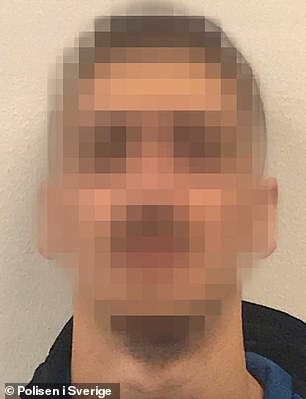 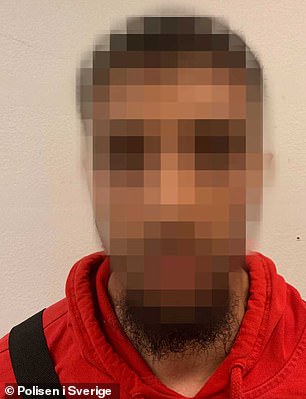 Two suspects, aged 21 and 18, have been arrested over the terrifying attack. Police have not named them, and have also not revealed their faces

Their mobile phones were taken away and tossed into the woods to stop them from calling for help, the boys said.

The attackers then produced a shovel, the boys claims, and forced them to dig shallow graves, keeping them at knife-point so they couldn't run away.

All the while they were punched and kicked, the boys said, with one saying it was 'difficult to get a grip on how many' blows they were dealt.

The boys said they were gagged using their own socks and torn jeans, while other clothing was used to bind their legs and their belts were used as handcuffs.

Over the next several hours, they claim to have been stabbed, burned with cigarette lighters, and one of the boys claims to have been raped.

Around 3.30am, the boys said they were forced to lie down in the pits, and effectively buried alive.

'I just tried to be as cooperative as possible and protect my head,' one of the boys said, 'I lay there trembling because it is so cold, almost the majority of the night.'

But the following morning, fearing they would be killed if they did not do something, the boys decided to make a run for it. 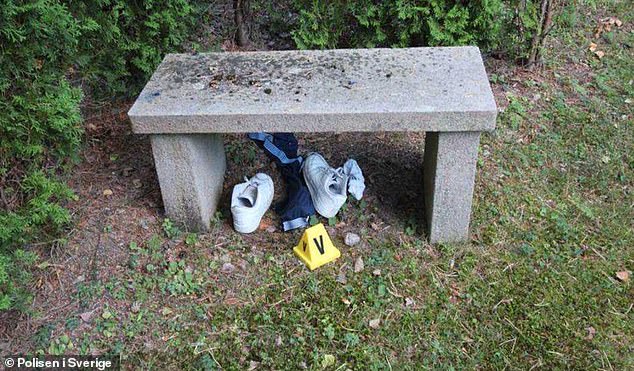 The boys say they were taken at knifepoint to a graveyard where they were stripped, forced to hand over their phones and wallets, and repeatedly beaten 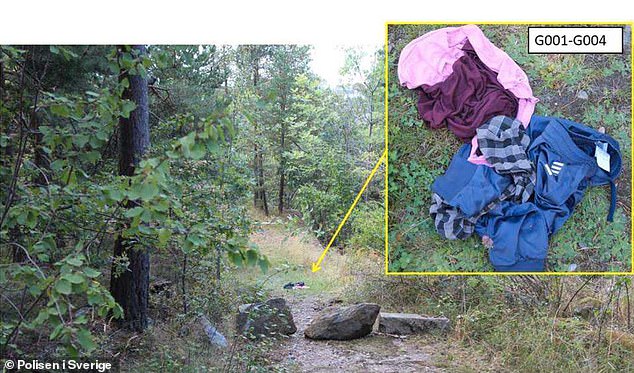 Clothes from one of the boys was found lying on a path. The pair say they were forced to strip before one of them was raped 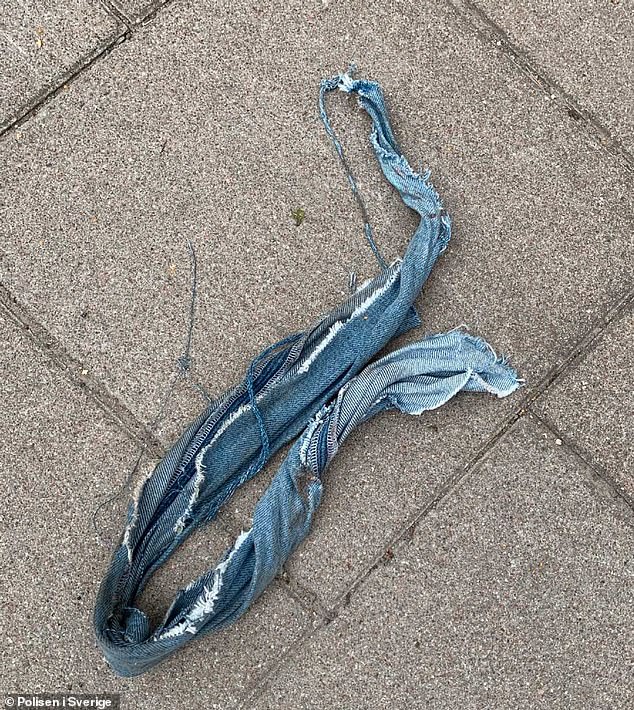 The opportunity came when the alleged attackers wandered a short distance away, allowing the pair to make a break for it.

While fleeing the boys happened upon a passerby, who alerted the police around 8.40am. Officers arrived to find the boys injured and undressed, but alive.

Police quickly arrested both of the suspects, who have been charged with kidnapping, aggravated assault, rape and aggravated robbery.

One of the suspects was wearing items of the victim at the time of his arrest, according to local reports.

Both suspects have denied the charges against them.