Síol na hÉireann formed a colour party for the Yellow Vest rally in Dublin on the 12th of September.

Thousands of people took part in an anti-facemask demonstration in Dublin this afternoon.

The protest was organised by a group called Yellow Vest Ireland.

The demonstration began at Custom House Quay at around 2pm, before moving to Golden Lane in the south-inner city.

Gardaí earlier warned of traffic delays in and around Dublin city centre as a result of this afternoon's gathering.

Meanwhile, the HSE has rejected the remarks of a senior doctor who claimed Covid-19 was not as harmful as flu. 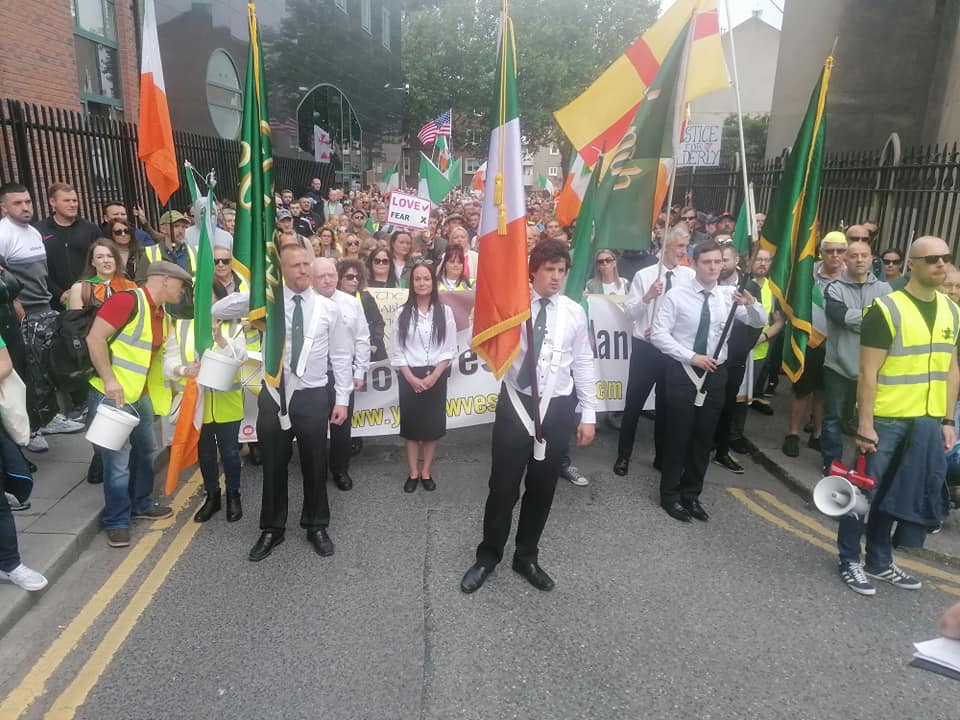 Dr Feeley claimed people at low risk from the virus should be exposed to it in a bid to develop herd immunity.

In response to Dr Feeley's claims, Dr Colm Henry, Chief Clinical Officer for the HSE said this afternoon: “For the avoidance of any doubt, the position as stated by Dr Feeley in the Irish Times today is not the position of the HSE on this important subject".

"This is a novel coronavirus for which there is no cure or vaccination currently and against which our population have no immunity.

"The most effective way of protecting older people and vulnerable groups is not by expecting them to protect themselves, but by everybody adhering to the public health advice which that will limit transmission of the virus between individuals and households.