Most Irish people will take the planned COVID19 vaccine.

More than half of Irish people would take a Covid-19 vaccine if one became available, according to a new survey carried out on behalf of the Irish Pharmaceutical Healthcare Association.

This survey, carried out by Ipsos-MRBI for the IPHA surveyed 975 people aged over 18 earlier this month and found that 55% of them would take a COVID-19 vaccine if one became available.

One third of respondents said they were unsure while 12% said they would not take it.

Younger people were less likely to say they would take the vaccine.

he age group most likely to take the vaccine were the over-65s, followed by people aged between 35 and 44.

More than 150 Covid-19 vaccines are in development globally, with about a dozen of them in late-stage clinical trials and yesterday, the American infectious disease specialist Dr Anthony Fauci said there could be definitive news on a vaccine by the end of this year.

Oliver O'Connor, chief executive of the IPHA said the priority for the industry is finding a vaccine that is safe and that works.

However, she cautioned that the world is still "some distance" from an approve vaccine for Covid-19.

"We are still some way off approval for - and global rollout of - an effective vaccine for Covid-19," she said.

"Although all of us want to see the back of the pandemic, it is not about how fast we can get a vaccine. What matters is that it is safe and that it works."

It can typically take up to ten to 15 years to bring a vaccine to the market.

The fastest-ever - the vaccine for mumps - needed four years in the 1960s. 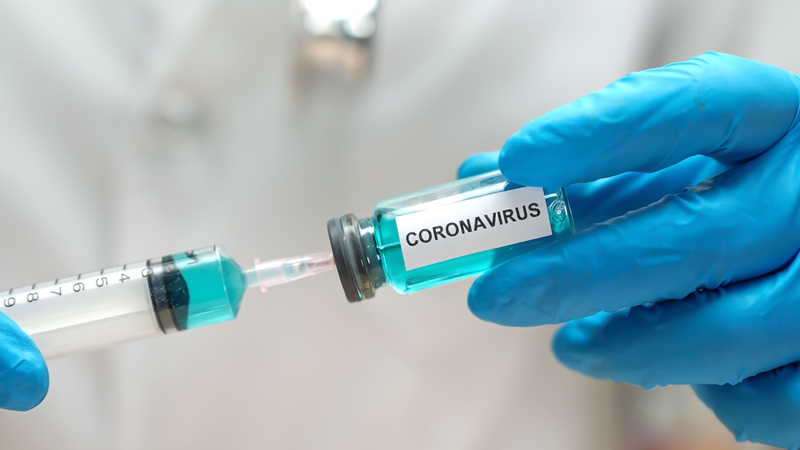 A Professor of European Public Health at the London School of Health and Tropical Medicine has said while he welcomed developments in one of the vaccines being developed to fight Covid-19, there's a need  see how it works in the Phase 3 clinical trials.

The vaccine being developed by the University of Oxford in collaboration with Astra-Zeneca, considered to be the frontrunner in the fight against Covid-19, has produced a robust immune response in elderly people.

Professor Martin McKee told RTÉ's News at One that while it's "very good news", there are some concerns that with many of the vaccines being developed that people's immune systems tend to deteriorate as they get older and these vaccines may not work as well.

He said the vaccine needs to work for everyone as clearly older people are dying in greater numbers from the disease, but "it is still quite a serious disease for many young people as well".

He said "the signs are looking good" that there will be results from the vaccine trials by the end of the year, but it's difficult to say and they need to ensure that the evidence is sufficient to convince the regulators in Europe and the US.

However, he said then the challenge begins on how to distribute it, which will include the practical issue of getting enough glass bottles to put the vaccine in as well as the logistics of distributing it.

He said another challenge is to make sure people actually take it up, in some countries particularly in the US, "there's an anti-vaccine movement, which will be a problem".

Meanwhile, an Irish man who is helping to co-ordinate the response to Covid-19 in New York's hospitals has said the state will have a plan for the distribution of the Covid-19 vaccine by the middle of next month, so when it arrives they will be ready to implement it.

Speaking on RTÉ Radio One Michael Dowling, owner of Northwell Health, said his team is currently working with the State of New York on the strategy, so when the vaccine arrives there will be a plan on how to implement the vaccine, to decide who gets it and in what order, as well determining its delivery, storage, transport and security.

The Limerick man said there will also be a need for "a major communication plan to convince people that the vaccine is legit, that it has been validated and there is confidence in taking it".

Mr Dowling also said there has been a problem with some element sin the White House where they were "trying to interfere with the development of a valid vaccine by short circuiting the process."

Mr Dowling also said that from a distance it seemed Ireland did pretty well, but added that action may have been taken more quickly "when there were upswings in infection".