A House Built On Sand

The druids were "OUR" people, Christianity usurped the natural beliefs of the Irish by replacing ancient idols, symbols, artefacts and beliefs with a foreign ideology. This is the narrative put forward by the neo pagans in nationalists circles.

The year 432 AD is generally accepted as the year St. Patrick returned to Ireland ( other sources say 460 AD) having been enslaved in the year 403AD  by Irish pirates. He was 16 at the time of his capture. Patrick was not the first bishop sent to Ireland to convert the pagan population here, as an earlier missionary called Palladius is recorded as having preceded him for that purpose. Some historians argue that the successful spread of christianity was not attributable to Patrick alone but on the efforts of many missionaries who are not as well known as the patron saint of this land. In any account, christianity spread and did so successfully becoming not just the dominant religion in the land but the only religion ( bar a few small enclaves). 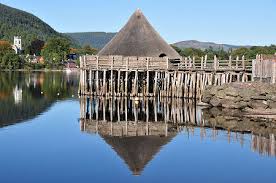 A certain myth has developed that christianity vanquished the indigenous belief system like some sort of invading army of conquerors. This is far from the truth. The reality is that "OUR" people, led by chieftains had been evangelised by christian clerics and once the chieftain was convinced, the clann followed suit. There was no " conquest" but rather informed  consent to convert by "OUR" people through the leadership of their taoisigh.  As one historian notes "Irish Pagan beliefs began to meld and blend with the quiet incoming flow of Christianity". "OUR" people were not forced by sword to convert unless that sword belonged to one of "OUR" chieftains.

The conversion of Gaelic culture to christainity was, in part, a failure considering pagan rituals survived late into the medieval period. The  key component to the conversion of Ireland was as much about continuity as it was about change.

Another historian comments on the mild conversion "There seems to have been very little confrontation or conflict around the issue not least by the fact there was not one Christian martyr from the conversion period".

Ireland, situated in geographical isolation from the epi-centre of Christian worship on the Mediterranean permitted the evolution of  a vernacular version of Christianity to emerge, one that was eventually curtailed by a papal  bull laudabiler issued by Pope Adrian IV to Henry II to invade Ireland. However, king of Leinster Dermot McMurrough, had also invited the normans into Ireland in an effort to retake his throne, lost to his rivals. Adrian, an English Pope, was not only motivated to make the celtic church conform to the universal faith but because of his good relations with his co-national, English king, who wanted to enlarge a politcal empire.

In a correspondence from Donal O'Neill and Irish princes to the vatican during the invasion of Edward the Bruce, the Irish aristocrats highlighted the non religious motives of Adrian to the successor Pope,

"Adrian IV, your predecessor, an Englishman, more even by affection than by birth, blinded by that affection and the false suggestions of Henry II gave the dominion of our Island to that same King of England whom he ought better have stripped because of this crime."

It should also be pointed out that when the Irish Church came under the full authority of Rome, the people accepted it without rebuke or hostility. The Gaelic kings had also began modelling their ideas of kingship on the idea of power invested by a Christian God but this was destroyed by the Norman invasion led by the Earl of Pembroke, also known as Strongbow".

The argument is made by some neo pagans that their pagan belief system is the authentic Irish spirituality and all others counterfeits. This is illogical because it assumes that their belief, paganism, was not influenced by outside sources too, which by all historical accounts, these beliefs systems were introduced to the natives by the central european celts. According to the logic of neo pagans this imported belief system should be similarly rejected if they are to apply consistency on the basis that anything external is to be denounced. 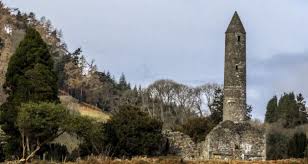 Lets also look at some of practices of the old world, a world cherry picked in eulogy by neo pagans. Bare in mind these practices were in accordance with the tenets of belief not contrary to as in the case of child abusing Christian clerics. Evidence was unearthed of Child Sacrifice found at the Hill of Ward in County Meath. Even the famous Irish bog bodies show signs of torture and are thought to have been victims of this practice. Historical accounts of ritual child sacrifice to an idol known as, Crom cruach was recorded in an ancient text called " The Dindsenchas " . St Patrick preached against as he is documented to have said, "the slaying of yoke oxen and milch cows and the burning of the first-born progeny" at the Fair of Taillte.  Ancient Greek historian  Diodorus documented that  the Irish ate their enemies and other accounts by Romans, Ammianus and Livy,   celts drinking out of a skull the blood of slain (sacrificial) enemies. Solinus too describes the Irish custom of bathing the face in the blood of the slain and drinking their blood. Do the neo pagans want a return to these rituals?  Perhaps they are propaganda fabricated by Romans, Greeks and Christians? Given the fact that evidence of these or similar rituals have been discovered across the ancient Celtic world suggests anything otherthan propaganda. Moreover, was it was the supposed motive for maligning druidic rituals when the natives freely, and uncoerced embraced the new Christian faith and they would have known the truth of the ancient rituals themselves.

An initial supposition that exists for all nationalists to determine  is who exactly are the Irish? Those who advocate neo paganism assume the Irish to be equivalent with the ancient celts. What so of Cambro Norman names like Burkes? Joyces? Costellos? Plunketts? Fitzgerald and a host of other names synonymous with Ireland and Irish history. Padraig Pearse articulated that the Irish were distinctly ethno European, a conglomeration of celts, normans, anglo saxons etc. If this is true then Irishness is not confined to purely celtic origins as it would eliminate Padraig Pearse ( name of French origin), Theodore Wolfe Tone (French also), Michael Collins ( English or French ), Robert Emmett ( Hebrew. German and English), Oliver Plunkett ( Cambro Norman). Are these patriots not Irish? the fact they all died for Ireland might suggest so. The point here is that to reduce the Irish to mere celtic origins and therefore its pagan origins is a falsehood on many levels as the Irish, are by blood, a mixture of celt, norman etc.  If say the readers name isnt of Norman origin, it is highly likely that some ancester had an Norman surname and therefore mixed with even the most celtic of names.

Christianity has been in Ireland since the 4th century, over 1500 years. If that length of time doesnt make it "Irish" then what is Irish? the tricolour is only over a century ( flown publicly for the first time in Waterford city in 1848), is the tricolour therefore not Irish? The GAA was formed in 1884, although the games have their progeny millennia ago, the current form is a mere facsimile. It the GAA not Irish was it uses goalposts and netting derived from other codes? I could go on.

Christianity has played a pivotal role in Irish identity, and sadly many times at great cost for our Catholic ancestors who were persecuted for their faith. To reject the Christian roots of the Irish nation is no different to ignoring the history of our fallen brethern and the many artefacts and monuments that form our Irish identity, items recognisable to all the world. While the celtic cross may have had its arms extended to form a Christian cross, it is this Christian cross and not its pagan ancestor that inhabits the grave yards of our deceased kith and kin, not to mention the deference to Christ inscribed thereupon. While we should respect our celtic pagan ancestors as part of our entire heritage, to assume that to be truly Irish is to be pagan is as absurd as saying we have to carve out messages on ogham stones and live in crannogs to be considered genuinely Irish. Utter nonsense. What's more, it destabilises the objective Christian ethic that undergirds Irish nationalism.