As the ship was sinking, some sailors rushed to its salvage, pumping the corrosive sea water back into the sea. Others, although equally desirous of its salvation, chose instead to chide, poke fun and condemn their fellow crew members. Their laughter was heard as the ship sank beneath the waves.

I don't think anyone denies that Ireland, our nation, our people, our culture, our heritage, and our faith are hurtling towards extinction at an enormous rate. It is a time that the sons and daughters of Ireland,and its  blood soaked faith, were asked to give back to the soil what the soil had given to them. While the martyrs and patriots lay rotting deep in the ground in graves marked and unmarked, their sacrifice too is being rotted away during. Meanwhile, the pipers lament calls out to all nationalists to unite the clans and save their land. Sadly, and as history lamentably records in spades, the plight of division and discord within the ranks of great movement is ever present. There is nothing greater or finer than the defence of ones; God, Nation and family and yet here in the present we are squandering our last chance to pass on the varieties of cultural riches to the generations that follow.

The old cankers of division, like all maladies, limit the nationalist voice from speaking clearly and in strength, causing the sore to fester and infect all about it. Eventually, the mouth cannot function, it cannot take in sustenance and every thought expressed becomes a mumble from the start. 'Nill by mouth' being the consequence, leading to painful silence. If nationalism continues its current trajectory,  of  embarking on puerile challenges within its ranks against others in its ranks, it will die from exhaustion or malaise. The assassin? those who feign fidelity to the cause. Worse still, the corpse of a once vibrant body of patriots will fracture into diverse competitive groups that spend all their time concentrating how to outdo a confrere rather than coming together, united, and focused on defeating our shared real mortal enemies. 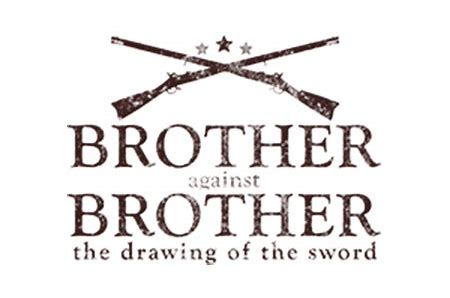 The prevalence of grand egos, wide spread narcissism, unleashed vitriol, immense ignorance, and reflexive assumptions are tearing the burgeoning movement to a standstill, and disgracefully from within its own ranks. The number of patriots in Ireland is low as it stands, yet the movement faces genuine disruption or worse, annihilation if it continues to engage in petty civil wars absent mature communication. Slinging unsubstantiated mud at others and relying on the ignorance or personalised dislike of those who receive it, allows the dung to stick. The motive is disingenuous because the result is not inquiry that leads to truth to dispel concern but the opposite, a complete absence of objective well intentioned debate.

Admittedly, the nationalist movement is not a monolith of tenets but understood by a singular fundamental principle  that unites us all; the love and protection of our nation. Even that over-arching principle, one that provides common ground in the form of what being Irish means epitomised in the slogan 'an Ireland for the Irish', ought be sufficient to galvanise activity in the direction of a common goal; Ireland's freedom from globalism. There are, and will likely always exist,  disagreements concerning: political ideology, religion, political or economic direction, whether to associate or form alliances with nationalist confrere of other nations, or the immediacy/ mediacy of political action ( even a few, albeit  in their minority, seek to invoke means alternative to politics). Nevertheless, as nationalists, we shouldn't lost sight of our main objective and the tiny window of opportunity to erect a defence. Time is not on our side.

Casting a glimpse over history, within Ireland and without, demonstrates that this is a quite common phenomenon. So too are the consequences when movements attack each other rather than concentrate on the opposition. Rebellions were thwarted, plans betrayed, leadership fought over, and all at what cost? The safety of the nation.

There is, in my opinion, a distinct lack of self-awareness amongst well intentioned nationalists who put pride and stubbornness before the cause they so dearly, and at times, selflessly pursue. Yes, personalities clash, even in the tightest of families tempers flare ( ask anyone who goes home for Christmas!) but to satiate the egos of individuals is not the primary undergirding impulse of nationalism, the opposite in fact. The recognition of the importance of the collective over the individual, the acknowledgement that personal whims or desires are subservient to the greater good of the nation must be our primary modus operandi. Admittedly, who decides what is the "greater good" is an impediment that strikes at the heart of all nationalist movements, whether it be a re imagining of the old, a synthesis of what was good of the old with the good of the new, or an alternative path altogether, one that fuses elements of both known and those believed to be known, intimately together? Nevertheless, one cannot attach a way of living to a dead body. One must first revive the body and take it from there. To proceed as we are, we are committing nationalist suicide. 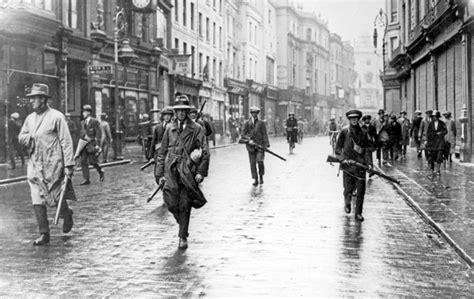 There are people I don't personally like, there are others who do not like me, but I am involved in nationalism not to satisfy my needs but the needs of something far more noble-the nation. As a practicing Catholic, in devotion to faith but also in recognition of the persecution of my ancestors, I will defend my corner where inhabits a path to God. Others are entitled to disagree. Those nationalist others who I don't like on a personal level or those who do are not in agreement on issues of religion etc, I would still support as long as their underlying motive is steadfastly aimed towards the homogeny of nation ( note: as opposed to the exclusion of universalism- for to pursue this would be to reject other manifestations of universalism; truth, reason and even the manner in which this message is being conveyed).

To engage in petty civil wars before anything is accomplished is the height of arrogance ( the combatants of the previous civil war at least had  the  good grace to achieve a victory first) but it also sows a seed of doubt as to the sincerity of those who persist in such  divisive behaviour, and all at the expense of the nation. We all know what the legacy of the Irish civil war gave us? division, distrust and a signpost to where we are now; the dissolution of our nation. It is time for nationalist men to behave as nationalist men, and nationalist women as nationalist women and to stop doing the oppositions job for them.

"small communities grow great through harmony, great ones fall to pieces through discord".

While the country drifts into an abyss,  a place of no return, we simply don't have the time nor resources to partake in idyll pettiness, nor indulge in emotive egotism or defer to incessant narcissism. Anyone who persists in this division must, I would reasonably conclude, have their nationalist credentials questioned. Why? because if they truly acted in the best interests of the nation they would not be motivated, in my opinion, by self interest, popularity or malice that achieves nothing other than the destruction of the movement. If we fail let it come from the efforts of our enemy, not from ourselves. The conflict has to stop.