LONDON -- After a week of mounting legal pressure, Northern Ireland's health department on Thursday authorized abortion services in the region, putting into force legislation that overturns one of the world's most restrictive abortion laws.

Last month, abortion rights were extended to Northern Ireland for pregnancies up to 12 weeks, but the introduction of services was delayed by the health minister, Robin Swann, who has been accused of using the coronavirus outbreak to stall the process.

Abortion is one of the most contentious issues in Northern Irish politics. The legislation legalizing abortion was passed by the British Parliament after the collapse of the region's power-sharing government. The regional government was restored in January and has been torn by the abortion issue ever since. 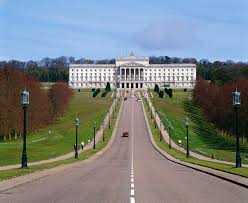 Before the laws went into effect Thursday, women seeking free abortions in Northern Ireland had to travel to England. Abortion services are available in the Republic of Ireland, but the cost of $500 is prohibitive for many women.

Currently, because of the coronavirus lockdown, the only way to get to England is to take an eight-hour ferry ride from Belfast to Liverpool.

Once there, the women meet with a doctor and are required to take an abortion pill in the doctor's presence. Many of them, unable to afford overnight accommodation, immediately return to the ferry, where they risk miscarrying during the trip home.

Angered by the situation, women's-rights groups threatened the region's health authorities with action in the courts. After receiving legal advice, the health authorities said Thursday that they would authorize medical professionals in hospitals and clinics to provide services.