Ah Sure, What's The Harm?

A phrase that has become as quintessentially Irish as 'I'm grand' or 'he wouldn't know his arse from his elbow'  is the popular , ' ah sure, what's the harm?'. While the former are harmless, at times, feckless phrases harbouring no major societal repercussions, the latter has had a significant detrimental effect that is far beyond the trivial.

The problem with a phrase such as " ah sure, what's the harm?" is that it signals an apathy that has infected the core beliefs of many in Ireland. It is a throw-away remark in response to very important questions like 'should our country have open borders?', ' is it right to teach young children about inappropriate sexual matters?', 'is acceptance of other belief systems like Islam good for our nation?'  All these types of questions are now met with the extremely dangerous indifference of ' ah sure, what's the harm?'.

This statement ' ah sure, what's the harm', would never be used if an action were directed personally against the speaker. No rational human being would respond to the rape of their child or aggravated robbery of their spouse with ' ah sure, what's the harm', why? because the malicious incident is personally experienced, it is no longer some unfamiliar abstraction. The 'ah sure, what's the harm' responses has been a silent weapon waged against a society that is indoctrinated with faux civilised concepts such as 'tolerance' and 'non judgmentalism'. The reality is every society defers to intolerance and judgmentalism, every one and every person in them. These terms, 'tolerance' and 'non-judgmentalism' have been weaponised to such an extent that the masses are conditioned to react by reflex to any assessment of postmodernism.

Postmodernism is a dangerous philosophy that attempts to reduce everything to meaninglessness. For example, post modernists would conclude that 'gender' is different to 'sex' therefore they can conclude that gender hasn't the same rigid connection to scientific objectivity as the classification, 'sex' ( male or female). Consequently, 'gender', according to the post modernists,  is merely a social construct and with all social constructs they can change on account of them being arbitrary. The result is infinite 'genders'. These new constructs are then weaponised by activists relying on pre existing victim status to sow division, confusion and tyranny in society. Society then breaks down under this tyranny. 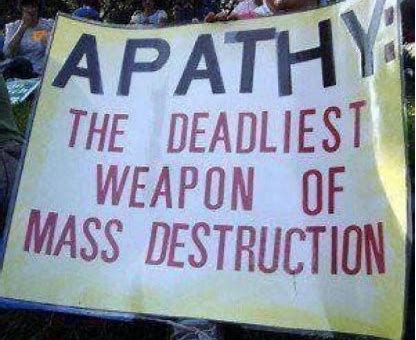 Concepts like 'tolerance' and 'non judgmentalism' are enforced on society as a bulwark against political incorrectness. Those who dare stray into intolerance or judgmentalism are exposed as pariahs and must be ex-communicated. The key to the success of this method of mass control is the weaponization of language and meaning. Equally important for the success of this subversion is to ensure people are conditioned to react by reflex, absent critical thinking. If critical thinking is permitted to be employed then the whole subversive house of cards come tumbling down, why? Let me explain.

Take the term' tolerance'. Tolerance is defined as ' to allow the existence of a belief you don't like or disagree with'. The very definition requires the existence of an initial distaste for a belief before that belief is permitted to exist. A tolerant person is not asked to accept a belief that they agree with as this would be redundant, the agreement is already present. Tolerance requires the existence and allowance of distaste or dislike in the first place to give meaning to the term. However,' tolerance' is more commonly misinterpreted as ' accepting something you must allow'.

To allow the existence of things I disagree with sounds magnanimous but those who demand that others not only allow existence of things they disagree with, do not, at the same time, heed their own ultimatum. Moreover, why should we fall for this slight of hand in the first place? Why should I tolerate, or allow the existence of things, that I disagree with? If a member of NAMBLA ( national association of men-boy love of America) demand that their degenerate practices be tolerated why should I stay silent and allow pederasty ( aka abuse of pubescent children) be permitted to exist? The fact is, every society employs intolerance and what's more enshrine such intolerance in into their laws. There is no "tolerance" of rape, murder, kidnapping etc. Why? because they actions are considered injurious to the functioning of a civilised society.

Abuse of children used to be considered anathema but over the past few years evil  far left and progressive agitators have duped the population into believing that sexualising children is no longer illegitimate or immoral. The useful idiots or masses, either respond with ' ah sure, what's the harm?' or are wholly and knowingly complicit. 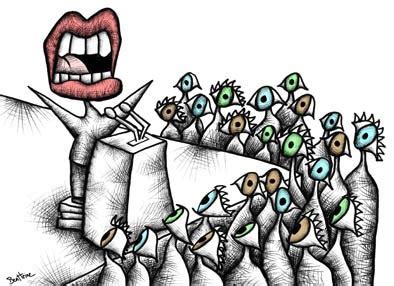 It used to be the case that civilisation considered torturing innocent children to be universally denounced. We know this is no longer the case. Innocent human beings at their most vulnerable, unborn children, are routinely tortured and intentionally killed with their sacred remains sold off to research agencies. The self acknowledged "tolerant" pro choice lobby expand beyond the parameters of mere allowance to dictatorial demand. (H)Amnesty International, the 'human rights' organisation led the charge in not just allowing but demand the intentional torture and killing of innocent human beings dressed up as 'abortion'. These same charlatans would react in uncontrollable shudders of anger if a court determined child killing rapist was executed.

As for non judgmentalism, the same hypocrisy applies. Those who condemn others for judging others are themselves engaging in the judgment of others. For every LGBT fanatic who condemns a Christian for judging homosexuals are themselves judging the Christians for their Christian beliefs. The usual indictment of 'intolerance' usually applied for Christians at any rate, is often accompanied by " you Christians? you aren't even meant to judge others?". This old canard persists by people who do not understand Christian teaching. To judge is merely to assess and reach a conclusion. Christ denounced judging but not judging per se , but hypocrisy in judging. We should take the log from our own eyes, or, challenge our own imperfections before we challenge the imperfections of others. He never said we shouldn't assess others, in fact He said the opposite. " you will know them by their fruits", id est, you can assess them by their actions to reach a conclusion. Moreover, judgmentalism lies at the core of our civilisation. The courts assess, parents assess, teachers assess etc. It is not the assessment itself but rather how we assess is that matters. The 'how' should derive from an objective foundation of ethics and morality. Unfortunately the ethics and morality being systemised in the West is no longer grounded in Christian belief but atheistic relativistic post modernism or Darwinian physicalism.

The 'ah sure, what's the harm' is a synonym for both 'tolerance' and 'non judgmentalism'. These weakening mantras of  'tolerance and apathy', as the Greek philosopher Aristotle wrote, are the last 'virtues' of a dying society. They propagate through a culture that has lost self confidence within, much like a cuckold might allow his love rival to steal his spouse away from him. The 'ah sure, what's the harm' is  not benign, it is immeasurably harmful because it is reflects the lack of critical thinking of a society's membership but also a recognition of  its feckless cowardice to fight against its own manipulation.

While our ancestors fought atop the embattled palisades and dug deep in makeshift redoubts to repel the invading hordes, their descendants instead, chose to open the castle gates, welcome their enemies in, and put themselves to the sword all to save their foe both time and energy.

French philosopher Montesquieu summed it up well, " The tyranny of a prince in an oligarchy is not so dangerous to the public welfare as the apathy of a citizen in a democracy". All wisdom is necessarily obtained by past experience as future knowledge is yet unknown. The abolition of a glance to the past for a drive to an uncertain future hastens the demise of our nation and the response? 'ah sure, what's the harm?"