Every person who lives in Ireland legally has one thing in common. They all have a Personal Public Service (PPS) Number. Every person who is born in Ireland or who comes to live in Ireland must have a PPS number in order to engage with the state. It is therefore the most accurate measure of how many people are added to the population each year.

PPS numbers were in the news last week as they were cited as the measure of how many people have arrived in the state from Ukraine. The total number of new PPS numbers issued to Ukrainians to May 22 was 33,151.

On foot of an enquiry to the Department of Social Protection by Gript, that number – and therefore the number of new arrivals from Ukraine – had increased by 1,811 to 34,962 by May 31.

However, that is not the most striking statistic to emerge from our enquiries. While significant and indicative of the scale of the Ukrainian refugee crisis as it is impacting on Ireland, the number of PPS numbers issued to people fleeing Ukraine only amounts to 27% of the total number of new issues since January 1, 2022.

The total of new PPS numbers issued between January 1 and May 31 was 129,634. Of these, 25,458 were accounted for by newly registered births. These obviously comprise a significant number of the issues to Irish nationals, that is persons born in Ireland who are entitled to claim Irish nationality at birth.

Most striking of all – in response to a query as to the total number of persons of “other than Irish nationality” who were issued with PPS numbers over the same period – Gript was told that they accounted for 99,302 of the 129,634 new issues.

In other words, almost 77% of new PPS numbers to the end of May were issued to people of “other than Irish nationality.” Persons of Irish nationality, including presumably the bulk of newly born children here, accounted for just over 23% of that total.

That is a pretty extraordinary statistic, no matter what way it is parsed. Even had there been no war in Ukraine, 68% of new PPS numbers would have been issued to person of other than Irish nationality.

That has been the trend for quite some time now, but it is clear that the trend is accelerating, having briefly been interrupted by the restrictions imposed during the Covid lockdowns. 2012 was the last year when the number of new PPS numbers issued to people of Irish nationality was greater than that of non Irish persons. In the ratio of 52:48.

In 2021, there were 174,525 new PPS numbers issued of which almost 60% went to people of other than Irish nationality. The numbers of new issues to Irish people has steadily declined; from 81,331 in 2012 to 70,822 in 2021. What is also noticeable of course is that the overall number of new issues for the first five months of this year is on course to significantly surpass earlier years.

The number of new issues for 2022 is set to surpass 300,000. Indeed, that is likely to be even greater given the forecasts of not only tens of thousands more people from Ukraine, but with 40,000 new work permits already in the pipeline. In tandem with that is an evident increase in the numbers of people coming here from countries other than Ukraine to claim asylum. 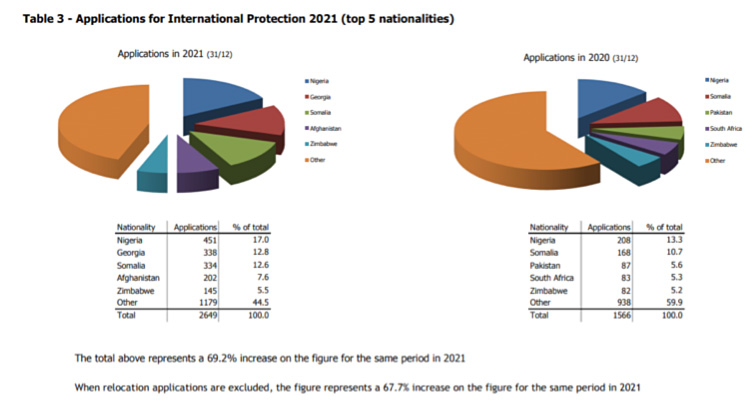 It is obvious too that the figures for new work permits, even allowing for family members of the person coming here to work, and for asylum seekers can hardly account for all of the 64,340 people of “other than Irish nationality” who have been issued with a PPS number since the first of January. The statistics must also call into question all the other estimates – which is what they are – including those based on the 2016 Census and other data for the number of people of other than Irish nationality living in the state. This will also impact on the projections of how much that is likely to increase over the short to medium term.

The mantra being repeated is, of course, that all those coming here are entitled to be here. That does apply to people with work permits, although as we have pointed out previously there are a whole range of issues regarding the employment practises of some multinational companies, and indeed the motivations of others for recruiting workers from outside of the EU/EEA area.

As we have also shown, the proportion of people claiming asylum here from countries which do not have any internationally recognised crises to justify large amounts of people seeking international protection, is proportionately very high. That is quite evident from the table above.

It is also apparent that many of the people who come to Ireland from such countries, as well as people who come here from other EU states specifically for the purpose of being allocated social welfare, education and housing, are state dependents and likely to remain so. 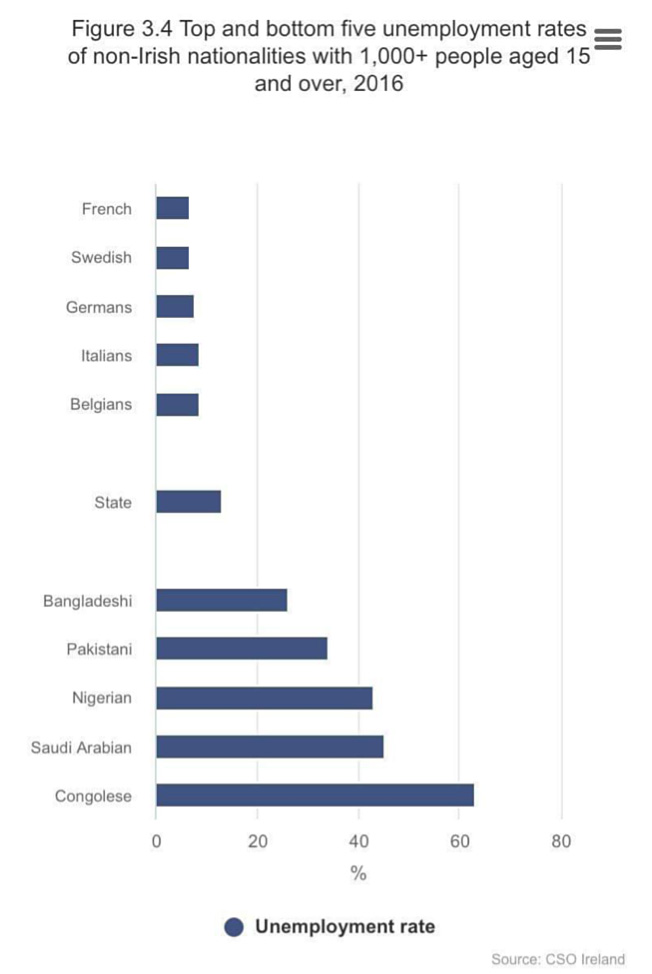 What is undeniable is that Ireland is in the midst of a demographic change unprecedented since the calamity of An Gorta Mór and the earlier plantations of people from England, Scotland and Wales.

That is not to strike an emotional chord. It happens simply to be the fact. Ignoring this, or pretending that it is an unmitigated good is naïve, to say the least.