Aontú pretend to be Pro-Life nationalists but they are nothing but a front for Marxist Sinn Féin, not the great Pro-Life hope!

Irish politics has always been a question of hardliners butting heads with moderates. Whether it be the Young Irelanders and their disdain for the parliamentarian, conservative solutions of Daniel O’Connell, or the Martyrs of Easter Week and their disregard for the orders of Eoin MacNeill, it has always been the most unrepentant and unreasonable that advanced the cause of Irish freedom.

The Repeal the 8th referendum in 2018 was disastrous for our nationalist aspirations. It cemented “diversity, inclusion and tolerance” as the irreligious dogma of a society in which 67% of Irishmen and women voted for the industrialised slaughter of defenceless, innocent unborn Irish babies. We now live in an Ireland in which the moderate, respectable middle of the road opinion is staunchly behind the liquidation of the 6,666 Irish children whose lives were brutally snuffed out in 2019.

Every major party in Ireland backed the referendum for murder, including formally Pro-Life, so-called “nationalist” party Sinn Fein. The result of this was friction within the parliamentary wing of Republicanism and eventually a split creating Aontú, led by Peader Toibin. Many conservative nationalists, Pro-Lifers and Catholics see Aontú as the only hope for a serious and legitimate right-wing alternative in Ireland. Others are simply repelled by the obsession with sodomy, degeneracy and the mass plantation of our country with Third World barbarians of Sinn Fein. So it would seem that the spirit of rebellion has once again found a champion for the Irish people against our Globalist oppressors. Right?

Wrong. Aontú, however, is a liberal, pro-LGBTQP+, pro-immigration, socialist party. They are just as Anti-Irish as the Globalist landlord class that is planting our country with welfare-dependent Third World planters. They are Sinn Fein without openly advocating the slaughter of thousands of our innocent children. In 2019 a motion was brought forward to overturn the referendum on birthright citizenship by Paul Murphy of Ireland’s most degenerate Anti-Irish Marxist party, People Before Profit. Peader Toibin voted yes to the plantation of our country with the freeloaders who use anchor babies to get their hands on Ireland’s generous welfare checks. Aontú is not a right-wing or conservative alternative, merely yet another tentacle of the Globalist elites and their plantation of our country.

What about their Pro-Life stance? Is Aontú not a staunchly Pro-Life party, willing to do anything to stand for the lives of the unborn? A radical, militantly Pro-Life Christian party? Well, I judge a man by the actions he takes and the company he keeps. Toibín in 2019 invited a former Sinn Fein councillor, Una D’Arcy, into the party. She is a veteran Sinn Fein councillor, a woman who had a long and close 5-year professional relationship with Peader Toibín while in the party. After weeks of political courtship, D’Arcy decided that Aontú wasn’t the party for her and declined Toibín’s invitation. 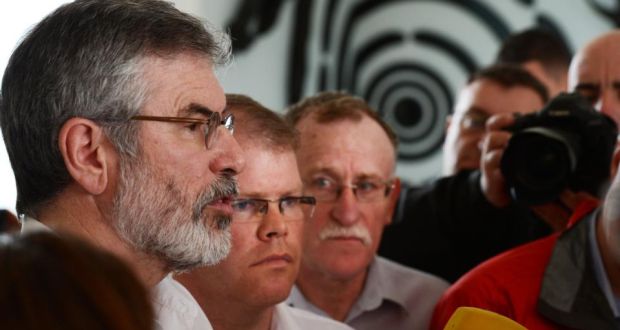 On what grounds? Quoting from D’Arcy’s public statement on the matter; “I do not share one of the founding tenets of Aontú and that is the 'Pro-Life' position of its membership…. I voted to repeal the 8th amendment.” The question remains, why would Peadar Toibín, the would-be pro-life radical, maintain a close professional friendship with an avowed abortionist and why more importantly would he invite such a heartless, unChristian woman to be part of his pro-life political party?

Because the purpose of Aontú is not to fight for the rights of the unborn. They are a cynical front for Sinn Fein so that the Marxists of the so-called Republican movement can control the Catholic, pro-life voters they lost by pushing for the industrialised liquidation of Irish babies. Sinn Fein is a sophisticated political outfit, they know how to play the game and Aontú is just another part of these Marxist pretenders duping the Irish people.

During the 2019 elections in the occupied Six Counties, Sinn Fein ran against extremely thin odds in two constituencies, Fermanagh/South Tyrone and Belfast North. These constituencies are hotel contested between the liberals in SDLP and UUP and of course the pro-life DUP and pro-murder Sinn Fein. This is the reason why many Catholics hold their nose and vote for the DUP, despite their opposition to the Orange state and the occupation of Ireland. Aontú was founded as a pro-life pressure group, surely this presented a perfect opportunity to make Sinn Fein feel the pain of losing 2 seats to their bitter rivals in the DUP over the issue of abortion. But, of course, Aontú never stood in Fermanagh/South Tyrone or in North Belfast both of which have strong pro-life voter bases.

Aontú present themselves as the pro-life radicals, the real Irish nationalists and court the votes of conservative Catholics and right-wing Irish nationalists in both the Free State and the North. But a real Catholic judges a man by his actions not by-election promises and empty gestures and it must be said that Peadar Toibín’s actions don't stand up under scrutiny. The reality is that Aontú is a front for Marxist Sinn Fein and will do nothing to advance the rights of the unborn or to win freedom for the Irish people.