It has been seen fit to charge a baby-killing nurse with murder, strange how the industrialised mass liquidation of unborn children goes unmentioned by the criminal justice system.

A nurse is due in court charged with eight counts of murder following an investigation into baby deaths at the Countess of Chester hospital neonatal unit in Cheshire.

Lucy Letby, 30, is due to appear at Warrington magistrates court on Thursday. She was arrested for a third time on Tuesday as part of the investigation into the hospital, which began in 2017.

A force spokesman said: “The Crown Prosecution Service has authorised Cheshire police to charge a healthcare professional with murder in connection with an ongoing investigation into a number of baby deaths at the Countess of Chester hospital.” 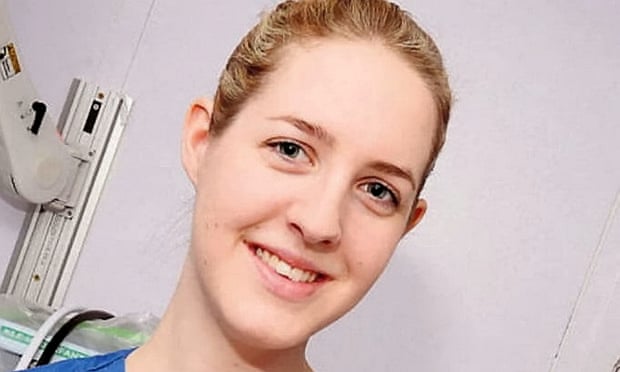 He said Letby was facing eight charges of murder and 10 charges of attempted murder relating to the period from June 2015 to June 2016.

On Tuesday, police said parents of all the babies involved were being kept fully updated on developments and were being supported by officers.

Letby was arrested by police in 2018 and 2019 and was bailed pending further inquiries. Following her previous arrests, her home in the Blacon area of Chester was searched by police.

In a 2013 interview with the Chester and District Standard, the nurse said she cared for babies requiring various levels of support.

She worked at the unit as a student nurse during three years of training before qualifying as a children’s nurse at the University of Chester in 2011, and she continued at the unit after graduating.