The main stream media have a penchant for sharing the truth, but only a narrowly tailored variety that conveniently suits their narrative. Islam, LGBT and abortion are all eulogised in the column inches of the press but one great pariah still remains, that most reviled belief; Christianity.

"In a time of deep sadness and despair globally, it seems that even at these times, certain people just can’t keep opinions, no matter how bizarre, to themselves. Northern Ireland DUP Councillor John Carson took to Facebook to tell the world his views on the current Covid-19 pandemic, blaming its arrival in Northern Ireland on those who voted for same sex marriage and abortion to be legalised" wrote journalist and member of the perpetually offended, Gavin Lambe-Murphy.

Mr Carson, who had merely deferred to his Christian beliefs and his right to express such had stated "To those who dared mock him, he warned that their laughter 'will turn to screams'"

Legalisation of abortion laws came into place this week, and in reaction Carson took to Facebook: “I said when abortion was legalised that our nation would be judged by GOD because of its departure from his word and the legalisation of the murder of the unborn child as well as same sex marriage.” The DUP said that his views on the world crisis are his own. 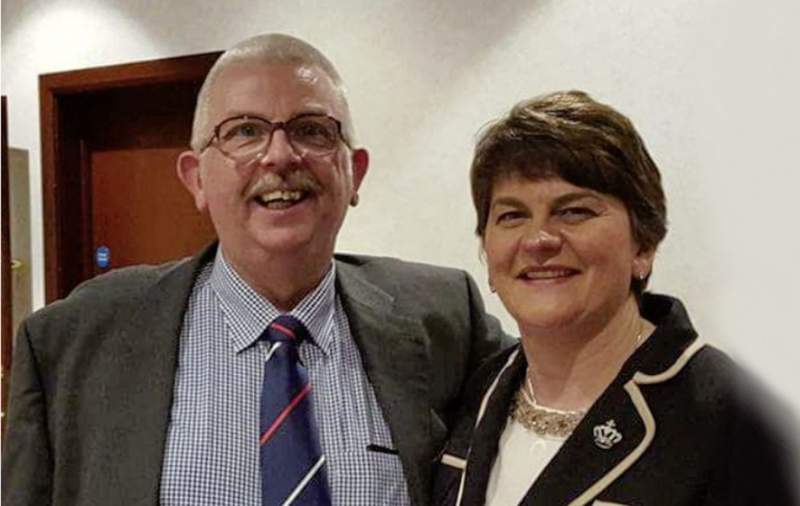 In reaction to John Carson’s opinions, The DUP said he had been expressing a personal opinion and not that of the party. “This is a global pandemic, our focus is on protecting lives in Northern Ireland.”

On Carson’s statements he said it was: “disgraceful but not at all surprising that a DUP elected member would try to blame LGBT people and our partners in the women’s movement for the Coronavirus outbreak. It is very telling where the priorities of some DUP elected members lie when they seek to blame marginalised people for a global pandemic.”

He went on to say: “We look forward to hearing, from Arlene Foster, a strong denunciation of this disgusting slur from her councillor John Carson and we expect disciplinary proceedings to be commenced against him immediately.”

In a further twist, Carson issued the, now habitual, apology: On Thursday, Mr Carson wrote: “Folks yesterday afternoon l put a post on Facebook which was taken by some and totally misinterpreted, anyone who knows me will know that l would not intentionally set out to cause hurt or offence to anyone and if l did then for that l humbly apologise. However l will never apologise for my Christian faith and will not be silenced by those that are opposed to the truth of God’s word.”

Isn't it remarkable how strong the self appointed voices of the "marginalised" emerge when it comes to certain protected classes such as the LGBT but return into the penumbra of darkness when the unborn are threatened or traditional marriage unrooted?