Stormont will uphold it's decision not to prosecute 15 former soldiers involved in the Bloody Sunday massacre of Irish Catholic protesters.

Northern Ireland's Public Prosecution Service has decided to uphold its decision not to prosecute 15 former British soldiers in connection with the Bloody Sunday killings in Derry 48 years ago.

Last year, the PPS announced that one former member of the British Army Parachute Regiment, known as Soldier F, would face charges of murder and attempted murder, but no other legal actions were planned.

Relatives of a number of those killed and injured sought a review of the decision.

This morning, the PPS announced that following the review by its senior assistant director, Marianne O'Kane, who was not involved in the original cases, last year's decision was upheld.

The evidence against 15 former British soldiers were examined as part of the review.

In a statement, the PPS said the test for prosecution is not met on evidential grounds to prosecute any of the 15 soldiers in connection with the specific deaths or injuries sustained on 30 January 1972.

Ciarán Shiels of the Madden and Finucane firm said his clients were considering challenging these decisions in the High Court by way of judicial review proceedings. 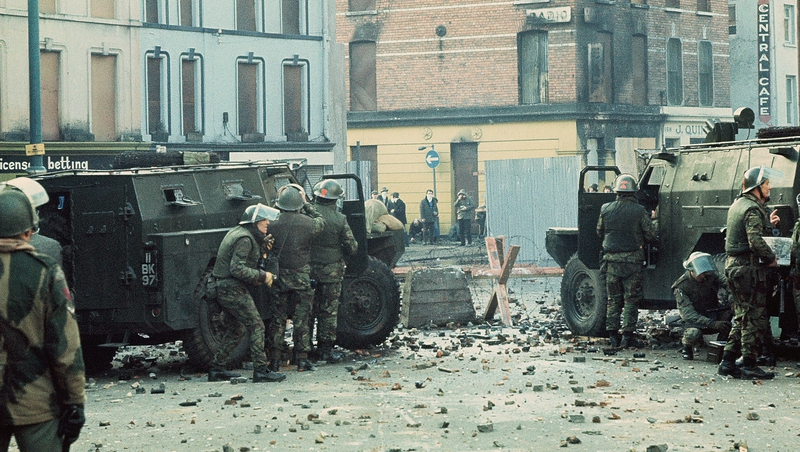 John Kelly, whose brother Michael was killed, said their campaign for justice will go on.

"We're not giving up yet, we have now the next stage, the judicial review at the High Court," he said.

"It's been a long road, up to nearly 50 years, we're all getting old, a lot of people are dying, but as long as we're able to walk, we'll go after them and we certainly will not stop until we see justice for our loved ones.

"Every one of them should face the wrath of the law."

Soldier F has been charged with his murder.

He said he is "bitterly disappointed" for the other families.

"I'm concerned that the passage of time is very important to us in this case. I think time is in favour of the soldiers," he said.

Ms O'Kane said: "I know that today's outcome will cause further upset to those who have pursued a long and determined journey for justice over almost five decades.

"I can only offer reassurance to all of the families and victims of Bloody Sunday, and the wider community, that my decisions were conducted wholly independently and impartially, and in accordance with the Code for Prosecutors."

Soldier F has been charged with the murder of James Wray and William McKinney.

He is also accused of the attempted murders of Patrick O'Donnell, Joseph Friel, Joe Mahon and Michael Quinn.

He faces a seventh supporting charge of the attempted murder of a person or persons unknown on the day.

Ms O'Kane said there will be no change to those charges.

"The prosecution that commenced against him in 2019, which relates to two charges of murder and five charges of attempted murder, continues," she said.