Yet another church has been burned in America! Week after week the war on Christianity goes on, church after church is being burned and nothing is done about the Marxist extremists!

Massachusetts State troopers and local police and fire arson investigators on Monday are probing two small fires that were lit at a Weymouth church over the weekend, according to officials.

A worker at Sacred Heart Church in Weymouth confirmed that arson investigators were on scene around 12:30 p.m. on Monday.

Two small fires were lit over the weekend at the entrances to Sacred Heart Church, according to a spokesman for the Archdiocese of Boston.

“We are confident law enforcement will get to the bottom of who was responsible and that the individual(s) will be held accountable,” the spokesman said in a statement. “That said, we must pray for whoever committed this crime and give thanks that no one was injured.”

A spokesman for the state Department of Fire Services said in a statement, “State Troopers assigned to the State Fire Marshal’s Office are assisting Weymouth PD and Weymouth FD with an investigation at that location. No other information is available at this time.” 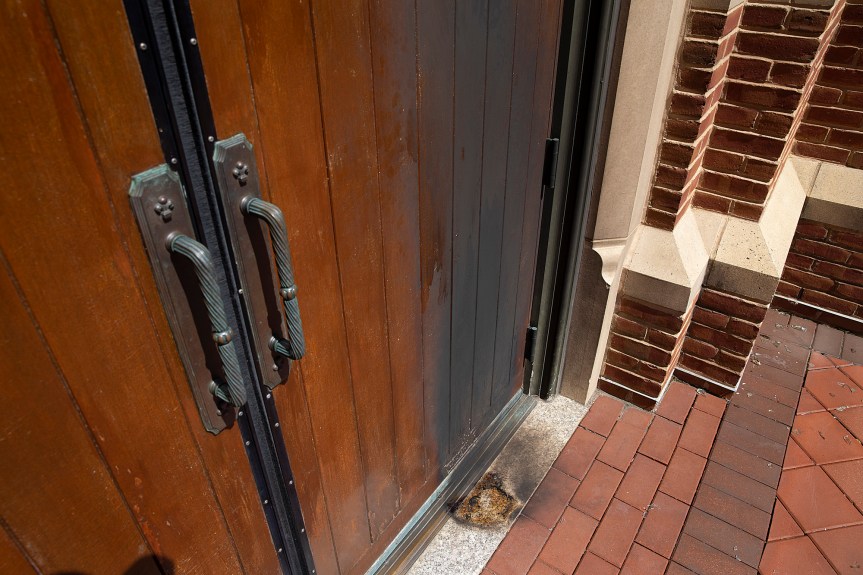 “Anyone with information about this fire is asked to call the Arson Hotline at 1-800-682-9229,” police said in a statement. “All calls are confidential. The Hotline is part of the Arson Watch Reward Program that provides rewards of up to $5,000 for information that helps to solve the case. The Arson Watch Reward Program is funded by the property and casualty insurance companies of Massachusetts.”

A statue of the Blessed Virgin Mary was set ablaze outside St. Peter’s Parish in Dorchester on the same mid-July night when a barrel was placed over another Virgin Mary statue outside St. Teresa of Calcutta Parish.