Sadly, the leadership of the Catholic Church are exhibiting apparent and perpetual cowardice in the face of grotesque evil.

While many faithful Catholics, and other Christians, work tirelessly to end the brutal torture and mass killing of the unborn, the Church hierarchy continually surrender to the zeitgeist in a culture marked by unadulterated evil. The latest capitulation is their response to the unjust imposition of child killing abortion laws in Northern Ireland.

A U.K. pro-life group, the Society for the Protection of Unborn Children (SPUC), has called on the Catholic bishops of Northern Ireland not to back an unethical compromise that makes the Church complicit in a radical abortion regime.

New abortion legislation came into force in Northern Ireland on March 31, after it was passed last year by politicians in Westminster, England, when Northern Ireland’s local government collapsed. 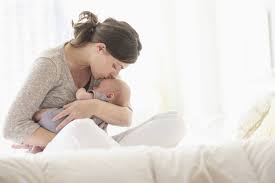 On the same day the Catholic bishops of Northern Ireland issued a statement, which SPUC says abandoned the position of robust opposition to the new abortion regime they expressed in December last year.

The bishops’ new statement says, "The Regulations themselves can be debated by the Assembly and insofar as they exceed the strict requirements of the 2019 Act, new Regulations can be enacted by the Assembly.  We intend to make these points in writing to our MLAs in the coming days and encourage others to do likewise".

Liam Gibson, SPUC’s Northern Ireland political officer, said "The response of the Northern Ireland Catholic Bishops to this development has come as a great disappointment for many in the pro-life movement and especially the members of the health service who are required to facilitate the provision of abortion in this new regime. Only last December they expressed their unequivocal opposition to the forthcoming abortion legislation[.]

“So in December,” Gibson continued, “they said the Act must be opposed, but now the bishops are calling for the amendment of the regulations ‘insofar as they exceed the strict requirements of the 2019 Act.'" Commenting further he said "As a matter of urgency, the bishops need to reaffirm their commitment to defend all unborn children without exception.

Anything less than the repeal of the abortion provisions in the 2019 Act will abandon the youngest, weakest and most vulnerable children to the abortion industry.The bishops warn politicians that they must ‘not meekly acquiesce’ to the regulations. Sadly, it will seem to many that this is exactly what they themselves have done in failing to maintain the position they took just three months ago."