Why is this not a global scandal? Churches are being burned across America as BLM riots rage and this trend is sure to come to Ireland shortly. Why is the media silent on this? Christian Headlines reports.

A number of churches from Florida to California were burned and vandalized over the weekend.

A man in Florida plowed his vehicle into the Queen of Peace Catholic Church as its congregation was preparing for Mass on Saturday. He poured gasoline in the foyer, then set the building on fire before driving off. He was arrested and charged with attempted murder, arson, burglary, and evading arrest.

The man told investigators that what he did was “awesome” and that he was on a “mission.” He also told detectives that he has problems with the Catholic Church and has been diagnosed with schizophrenia but is not taking his medication.

Though the church foyer was heavily damaged, Mass was celebrated on Saturday and Sunday.

Around the time of the Florida incident, a 249-year-old Catholic Church in Los Angeles caught fire. The cause of the blaze is under examination, but an official said the recent destruction of monuments to Junipero Serra, the founder of the California mission system, will be a factor in the investigation.

Saturday night, a statue of the Virgin Mary was set on fire outside a Boston church. The flowers in her hands were lit, damaging her arms up to her face. The pastor told reporters that the statue had been erected decades ago in memory of World War II veterans.

WHAT THE MEDIA THINKS
Why have these stories not generated more headlines?

If a Black Lives Matter office or demonstration had been attacked in these ways, such a horrific event would have led the news, as it should have. If an anti-abortion activist set a Planned Parenthood clinic on fire with people inside, the world would know immediately about such a reprehensible act.

What does the lack of news coverage over these attacks on Christian churches and statues say about our media?

Clearly, media executives determined that these stories would not generate the kind of interest and response that their organization’s bottom line requires. Click-throughs and social media shares are the lifeblood of their businesses. They are paid to know what pays the bills. And they apparently believe that stories about the burning of churches and Christian statues won’t create enough response to be worth their investment. 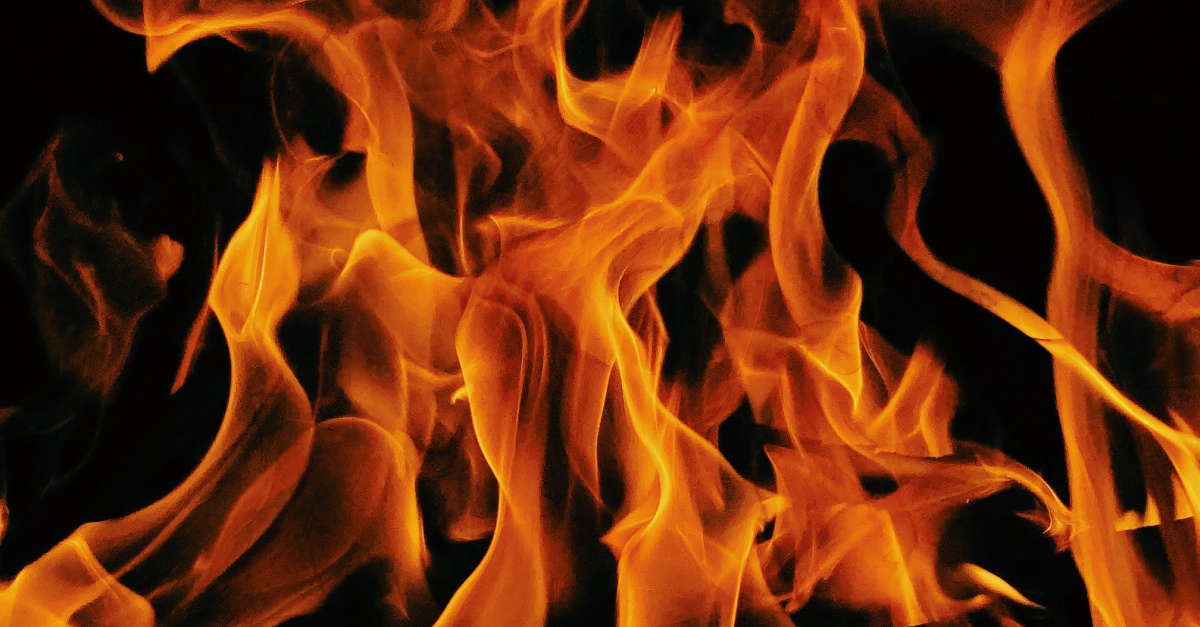 WHAT OUR CULTURE THINKS
Now, let’s ask a prior question: Why would they think this? Why would our culture be less responsive to this issue?

From the Garden of Eden to today, the essence of fallen human nature is our desire to be our own God (Genesis 3:5). Modern existentialism heightens this insistence on viewing the world through the prism of my personal existence (in contrast to the communal worldview of some other cultures). Postmodern relativism teaches me that “my truth” is just as valid as “your truth.”

As a result, I care about what affects me. If I’m not a Christian, I may care less about Christian churches. Let me ask you: If this article was about the burning of mosques or Buddhist temples, would you have reacted with the same depth of passion?

Similarly, if I’m not a Catholic, I may care less about Catholic churches. Let me ask you a second question: If you’re not a Catholic, but this was a story about churches in your denomination, would you have reacted more viscerally?

In addition, I care about what I agree with. If I consider Christians to be homophobic or the Catholic pro-life stance to be part of a “war on women,” I would not endorse burning their churches and statues, but I might have less empathy for them.

WHAT GOD THINKS
My purpose today is to persuade you to be different, but in a way you might not expect. It’s human nature to care about what affects us and what we agree with. But followers of Jesus should care and agree on a different level than our secular culture.

Such compassion is crucial to leading secular people to Jesus. The relativism that makes all truth subjective renders God’s word a diary of religious opinions. “The Bible says” is no longer persuasive for many. If they do not genuinely see and feel God’s love in ours, why would they believe in the compassion of our God (Matthew 14:14)?

Such compassion is also crucial to the health of our souls. Jesus’ best friend (John 20:2) asked this troubling question: “If anyone has the world’s goods and sees his brother in need, yet closes his heart against him, how does God’s love abide in him?” (1 John 3:17). Paul admitted, “If I speak in the tongues of men and of angels, but have not love, I am a noisy gong or a clanging cymbal” (1 Corinthians 13:1).

Hillsong United made popular this prayer:

Heal my heart and make it clean
Open up my eyes to the things unseen
Show me how to love like you have loved me
Break my heart for what breaks yours.

Would you make their song your prayer right now?