Coronavirus is shaping up to be a defining test for Northern Ireland’s newly restored government, as the region braces for a peak in infections this month.

Covid-19 threatens to inflict a heavy blow on Northern Ireland’s population of 1.9m with latest official estimates suggesting the disease could kill some 3,000 people in 20 weeks — something Arlene Foster, first minister and leader of the pro-UK Democratic Unionist party, has described as a “sobering” projection.

“The death toll would be about 500 people short of the lives lost during the troubles,” she said last week, referring to some 3,600 killings in three decades of violence over Northern Ireland’s future that largely ended with the 1998 Good Friday peace agreement. With 63 coronavirus fatalities by Sunday, and 1,089 people infected, the stakes could hardly be higher for Mrs Foster and Michelle O’Neill, deputy first minister and vice-president of Sinn Féin, the Irish nationalist party. 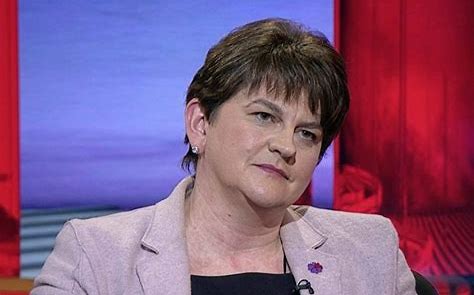 But divisions between Mrs Foster and Ms O’Neill have blunted the Northern Ireland executive’s efforts to present a united and consistent front in response to the disease. They have a common enemy in Covid-19 but have clashed over virus testing, the length of time people suspected of having the disease should self-isolate for, and school closures.

A less intensive virus-testing regime in Northern Ireland than in the Irish republic and shorter self-isolation times are also a source of rancour between Mrs Foster and Ms O’Neill, who wants to align with World Health Organization guidelines that Dublin follows. Last week Gabriel Scally, Belfast-born president of epidemiology and public health at the London-based Royal Society of Medicine, said Stormont should decouple from Whitehall on Covid-19 and harmonise with the Irish republic.