Children born in Ireland since 2005 to foreign national parents are not automatically entitled to Irish citizenship, unless their parents were legally resident for 3 out of 4 years prior to their birth, or had refugee status.

This is a result of the Twenty-seventh Amendment of the Constitution Act 2004, which was approved by referendum in June 2004, limiting the right to citizenship of children born on Ireland to those born of Irish citizens or entitled to be an Irish citizen.

There have been recent cases of children born and raised in Ireland at risk of deportation Cllr McNelis said, predicting more such cases will appear in coming years as children born after 2004 come of age. 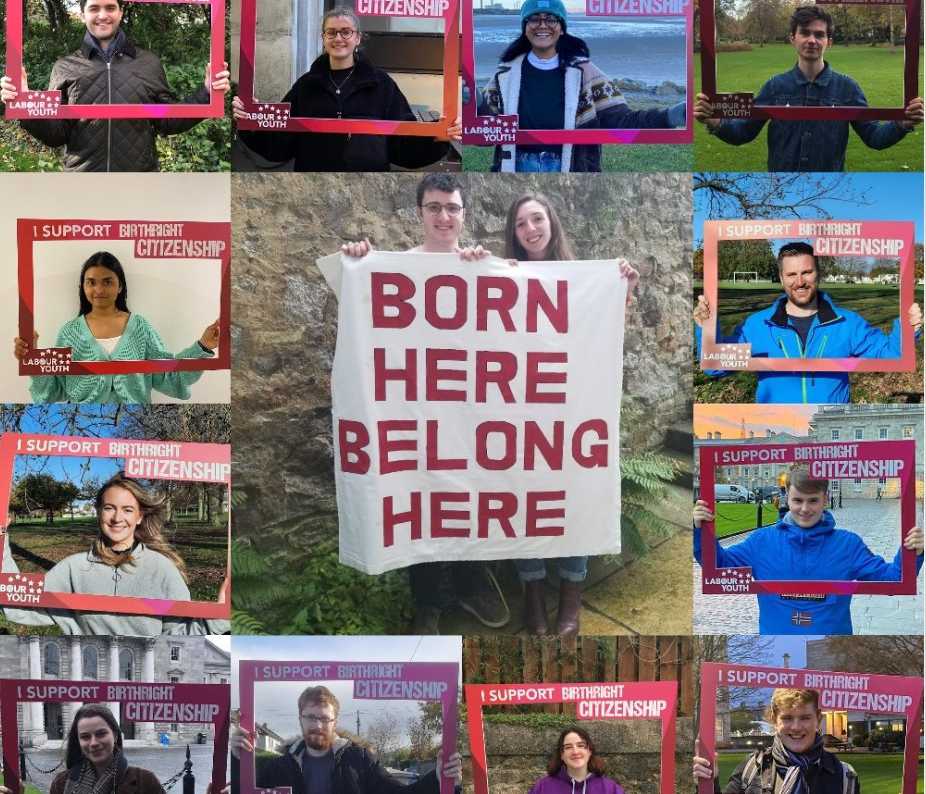 Pointing to the Good Friday Agreement, Niall McNelis said that Article 2 states that it is the “entitlement and birthright” of everyone born on the island of Ireland to “be part of the Irish nation”

The removal of automatic birthright citizenship in 2004 was a breach of “the spirit, if not the letter” of this provision he adds.

“If we criticise the British government for their failing to honour the spirit of the GFA – and we should – we must also look at areas where we too have failed to meet the aspirations of the agreement.”

Labour Youth last week launched their Born Here, Belong Her campaign calling for the reintroduction of birthright citizenship, and over the coming months plan to host events spreading awareness of this issue, as well as lobbying politicians on it.

“The Proclamation of the Republic calls on our government to ‘cherish all children of the nation equally. That is clearly a goal we have failed to meet on many occasions,” Niall McNelis said.

“However, there is an easy solution here, and one that surveys show the public support. It is time for our government to exercise the discretion afforded them by the the constitution, and legislate for the reintroduction of birthright citizenship.”