The killer coronavirus probably originated from a laboratory in Wuhan,' the Chinese researchers state.

April 2, 2020 (LifeSiteNews) – There are a growing number of people, such as Senator Tom Cotton and myself, who believe that the China coronavirus may have been under study at a Wuhan biolab, that it somehow escaped, and that this is how Wuhan became the epicenter of the pandemic that has changed all of our lives.

In fact, there is a paper, authored by two Chinese scientists, which traces exactly how they think this happened.

Their paper, titled “The Possible Origins of the 2019-nCoV coronavirus,” begins by confirming that the China virus came from an animal known as the Intermediate Horseshoe Bat. Interestingly, the paper, published in February, has since disappeared from the international scholarly database Research Gate, but is still available through the Wayback Machine and is now available on LifeSiteNews here. 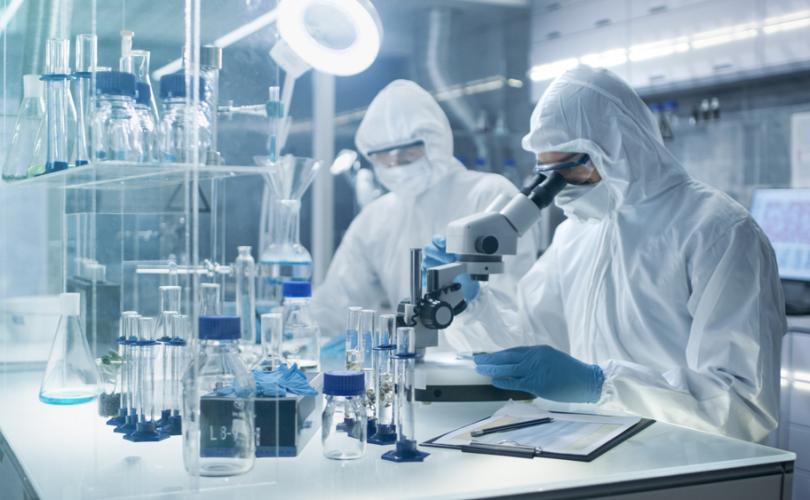 On this point about the virus coming from bats, the scientific community is now virtually united.  Genetic analysis has revealed that the China coronavirus is from the same family of coronaviruses carried by the Horseshoe Bat.

But how did the Horseshoe Bats and their load of coronaviruses get to Wuhan, and how did one of these viruses manage to cross the species barrier and infect humans?  On these questions, there is wide disagreement.

The Communist Chinese authorities initially put out the story that the bats were sold in the Wuhan wet market as food, and that a worker there accidentally became infected when butchering one of the little beasts for a customer.  This story has been endlessly repeated by compliant American media outlets.

Sorry, China, but your own scientists, Botao Xiao and Lei Xiao, who work for the state-run South China University of Technology, make quick work of this story.  First, they point out that there are no known colonies of this species of bat within 900 kilometers—that’s 560 miles—of Wuhan.  Second, they diligently interviewed 59 people with connections to Wuhan and each and every one confirmed that there were no Horseshoe Bats being sold there.

So how did the bats, and the viruses carried by the bats, get to Wuhan?  They were carried there by humans, of course.  Bill Gertz has documented how China researchers were extracting and studying deadly bat coronaviruses in two Wuhan biolabs.

Gertz writes that “Several Chinese state media outlets in recent months touted the virus research and lionized in particular a key researcher in Wuhan, Tian Junhua, as a leader in bat virus work. … A video posted online in December and funded by the Chinese government shows Mr. Tian inside caves in Hubei province taking samples from captured bats and storing them in vials.”

The seven-minute video, reports Gertz, “boasts that China has ‘taken the lead’ in global virus research and uncovered over 2,000 viruses in the past 12 years, the time since the outbreak of the bat-origin virus that causes severe acute respiratory syndrome (SARS).” China’s frenzied collection efforts, led by Mr. Tian among others,  have nearly doubled the number of known viruses.

Aside from collecting samples of bat urine and feces from caves, Mr. Tian also collects the Horseshoe Bats themselves.  According to a May 2017 report by the Wuhan Evening News cited by Gertz, Mr. Tian has gathered thousands of bats for research work on bat viruses since 2012.

Mr. Tian works at the Wuhan Centers for Disease Control and Prevention, the national center for China’s bat virus research, and one of two Wuhan biolabs identified by the authors of “The Possible Origins” paper as the source of the leak.

“We screened the area around the seafood market and identified two laboratories conducting research on bat coronavirus,” the Chinese researchers explained.  “Within 280 meters from the market, there was the Wuhan Center for Disease Control & Prevention (WHCDC). WHCDC hosted animals in laboratories for research purposes, one of which was specialized in pathogens collection and identification.”

They also noted that about 7 miles away was the Wuhan Institute of Virology (WIV), which was also conducting research on the same bats.

They concluded that the first case of a human having contracted the virus was probably a biolab worker from the WHCDC or WIV who accidentally exposed himself to blood or urine from a bat and infected himself.  They also suggested that infected tissue samples from research animals, or the animals themselves, may have wound up in the wet market.

“The killer coronavirus probably originated from a laboratory in Wuhan,” they write.

They conclude that “safety” may need to be improved in “high risk, biohazardous laboratories.”

“Regulations may be taken to relocate these laboratories far away from city center and other densely populated places,” they state.

The paper was quickly censored by the Chinese authorities and disappeared online. But curiously—and just as the authors had recommended--new regulations governing the “handling of dangerous viruses like the novel coronavirus” were in fact quickly put in place.  Deepening the suspicion of a cover-up, Chinese officials not only refused to provide samples of the China coronavirus strains to U.S. researchers, it ordered private labs in China to destroy their samples and gene sequencing data.  Were they afraid that researchers might find out that the pandemic was in fact caused by a virus that had been isolated at one of China’s research labs?  It certainly looks that way.

The Mainstream Media seems intent upon protecting China from the accusation that the China Coronavirus escaped from a lab via an accidentally infected worker or the selling of an infected lab animal.  Those of us who criticize the Chinese authorities for unleashing a pandemic upon the world are called “xenophobic” and “racist.” They seem so intent upon making Trump look bad that they are bending over backward to make China look good.

But there is simply no question that China has for years been doing research on many dangerous coronaviruses at its Wuhan biolabs.  Not only have the institutions in question openly bragged about their virus collection efforts, but the researchers involved have left a clear paper trail.

Consider a 2013 article co-authored by a WIV researcher that appeared in the scientific journal, Nature.  The article was titled, “Isolation and characterization of a bat SARS-like coronavirus that uses the ACE2 receptor.”  What the Chinese researcher and his colleagues concluded was that “Chinese horseshoe bats are natural reservoirs of SARS-CoV, and that intermediate hosts may not be necessary for direct human infection by some bat SARS-like coronaviruses.”

Here we find the Wuhan biolab involved in collecting a range of SARS-like coronaviruses from horseshoe bats and proving that, like the SARS virus itself, some of these other naturally occurring coronaviruses could directly infect human beings.  And in exactly the same way that the Wuhan Virus does.

A coronavirus-carrying bat living in a remote cave poses little threat to humanity.  Even if it carries a coronavirus strain capable of directly infecting human beings it probably won’t, simply because it does not come in contact with them.

But bring that same infected bat into a biolab and start performing experiments on it, and you have dramatically increased the risk that the coronavirus it carries could infect a lab worker.  And, if that biolab is located in the heart of a city of some 12 million people, as the Wuhan labs are, urban crowding will ensure that it quickly spreads to thousands of people.

Then add to this already volatile mix Communist Party leaders determined to deny culpability.  For weeks on end, while five million people (5,000,000!) left the epicenter of the epidemic for all parts of China and the world, Beijing pretended the situation was under control.  Even today, they continue to cover up the mounting evidence that the China Coronavirus leaked from one of their biolabs.

If Xi Jinping wants to prove that China is not responsible for the global pandemic now wreaking havoc all over the world, he should order the release of the research records of his Wuhan biolabs.

Of course, the likelihood of that actually happening is near zero, which in itself would be tantamount to an admission of guilt.