In Shakespeare's Hamlet, Act 3 scene 1, the eponymous declares to Ophelia , "God hath given you one face, and you make yourself another". The great bard of Avon brilliantly illustrates with craft only he could achieve, the age old nemesis of virtue; hypocrisy, and hypocrisy is alive and thriving in Ireland.

We can all be hypocrites. The mother who smokes 20 cigarettes a day but chastises her 11 year old son caught for smoking, the Garda who issues a fine for an invalid NCT certificate while driving home in his private car with unsafe tyres, and the teacher who admonishes the student for his laziness while the educator reads his newspaper in class. An institution heavily weighed down by hypocrisy is the Catholic Church whose priests often scolded the congregation for sin, while perpetuating the worst sin of all, the abuse of a child ( and its cover up). In fact, such is the entrenched association of the Catholic Church with 'hypocrisy' that all moral leadership has been drained from its ecclesiastical façade. While abuse and cover up did occur in the Catholic Church, and where no excuse or justification applies, it must be said that many of those who championed virtue over Church hypocrisy were oblivious to the hypocrisy that foamed in their own mouths.

Hypocrisy is the claim to higher standards over another and while someone can behave in one way while denouncing the same behaviour in another doesn't negate the veracity of a truth claimed in the denouncement. A father who cheats on his spouse while reprimanding his daughter for cheating on her school test, may be a hypocrite, but it doesn't mean that his rebuke concerning the impropriety of "cheating on a school test" is any way unfounded. 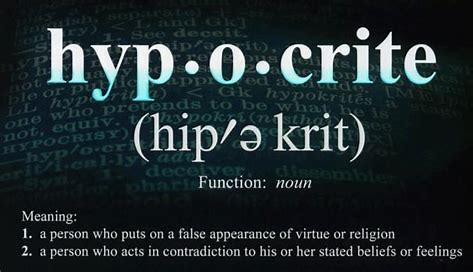 I have said it many times, while the Church has had some evil men and women operating within its ranks it doesn't mean the entire Church is evil. The fallacy of composition tells us that it is an error in assumption to make the claim that what is true of a part or member of a group is true for the whole of the group. A good example of this fallacy in action is the following. Say, a person in the middle aisle of a concert stands up to get a better view of the musicians, then the rest of the audience follow suit and stand up. However, when one person stood up he might have been able to get a better view but when the audience ( an 'audience' remember is just a collective noun for the entire members viewing the concert) stands up they won't have the same great view experienced as the original single member, although each is member of the group. Another good example is that a car engine may be painted in chrome, this doesn't mean the entire car is chrome coloured. Physicists might say that a physical object, like a chair, is predominately (99.9999999%) empty space but that doesn't mean every time you go to sit on one you will fall down flat on your back( unless of course the chair is wonky). Anyway, this is altogether discussion.

The crux of what I am trying to say is that there has been a determined effort to weaponize 'hypocrisy' by those who understand the value of socialisation. By nature, humans are social animals, we can get very mentally unbalanced if placed in isolation for any extended time. I am sure during these days of lockdown, that many are feeling the adverse mental effects of this isolation right now. In the past, any trouble maker in the new colonies of America were exiled outside the safety of the fort or encampment as a punishment. Humans naturally excel in units be they small; the family, or larger; the community. The contrary is also true. Individuals struggle when excluded from a family or a community. Social psychologists have demonstrated that individuals would even be willing to intentionally distort what they know to be the truth to conform to a group ( The Asch conformity experiment showed how individuals yielded to group think). It why fashion companies who spend millions on advertising get to direct what is or what is not 'fashionable' through manipulated marketing. They achieve this for example by using celebrity endorsements and slogans implying that  " Only popular people like George Clooney drink Nescafe).

Some slogans can even be more deceptive and promote uniqueness, the opposite of 'group think'. "Think Different" is a favourite slogan used by Apple Corp and while this may appear to be asking people to be individualistic ( and appeal to a certain narcissism), it is really reinforcing ' group think'  when properly translated into " think differently..... like everyone else". 600 billion was spent on advertising last year alone by greedy corporations. These corporations don't throw money away unless it has a greater financial return. Corporations spend a lot of money on co-opting, or even funding, research in social psychology and the predictable behaviour of human beings. Once you can predict how human beings respond to a certain stimulus present under certain conditions, you can contrive conditions to manipulate people into buying your products.  The need to belong or conform to a group is one such phenomenon which is utilised.

Of course if you can sell a product, you can also sell an idea the same way. Ideas are often packaged as if they were a physical product. By 'packaged' I don't mean some physical wrapping but rather through cognitive reframing. This is a technique where by situations, experiences, events, ideas and/or emotions etc are identified and altered to suit a prior narrative. It is why we saw a glut of homosexual characters in movies and films cast as; funny, handsome, benevolent and benign characters while traditional types were portrayed as; overtly ugly, hostile, hypocritical, dour and mean spirited. The viewer subconsciously creates a connection between how the character is portrayed and what he represents, good or evil, and association is  carefully manufactured leading the audience to assume all homosexuals are good and label all traditional folk as bad. This is a tactic used by most propagandists. X is good, Y is bad and repeated as often as possible until society accepts the claim. This method has been so successful that it brought about the unnatural absurdity that is marriage between persons of the same sex. 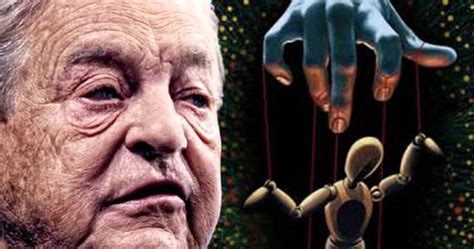 There are a host of other techniques used ( desensitisation is used alongside with reframing where the audience are bombarded with reframing subject that they become familiar with it, and thus more likely to embrace what they represent). Labelling is another method employed and this takes us back to our discussion on 'hypocrisy'.

If a target is to be labelled a 'hypocrite', accurately or not, this causes a negative societal response to the target. However, by labelling someone, or some institution, as a hypocrite to the exclusion of all similarly hypocritical institutions it solidifies the manufactured perception and ultimately destroys the legitimacy of the target in the eyes of society as a whole. So, while the Catholic Church ( in its entirety) is labelled a 'hypocritical institution' when it promoted virtue but practiced vice it, as a natural bulwark against evil, was purposely eliminated and with it, a great defender against progressivism and communism.

While the Catholic Church should be brought to task for child abuses and cover ups, in any fair society, the cloak of justice must be draped over all institutions to the exclusion of none. However, the convenient omission, to cast the eyes of justice on the very same persons who demand it, is lacking, intentionally lacking. While organisations like Amnesty International preach on high their superior pedestal to the world about "human rights", they at the same time were complicit in the dehumanisation of the most vulnerable; the unborn. While progressive and communist political parties alike, championed 'LGBT' rights they also advocated for the sexualisation of the innocent children through radical sex education. Let's not forget the communistic globalist activists who source their funding from wealthy capitalist philanthropists like Soros, Feeney, Buffet and Gates while denouncing capitalism. Then there are the migrant associated NGO's who demand better conditions for asylum seekers ( 90% of whom are counterfeit claims) yet they fail to recognise that the limited public money defrayed on disingenuous claims means that there is a deficit in other necessary services for Irish people in need. We can't forget the Z list celebrities ( i.e., all Irish celebrities) who use their fame to fundraise during the COVID19 crisis but  receive and own the carefully managed public relations plaudits while the plebs were the ones who actually contributed to the fund in the first place. These are the same narcissists who use their publicly funded jobs to lecture to the native "racists" (who fund their posts) yet at the same time secretly ensure that a direct provision centre is not granted planning permission in their area.

We are all hypocrites at some point of time. However, the cunning strategy employed by the enemies of the Irish nation is to convince the predictable masses to focus all their criticisms onto a few selected institutions, institutions that may offer resistance to the evil  agendas of our enemies, but, this is the job only half completed. The enemies of our nation are also active conveniently manipulating the masses to ignore the most dangerous hypocrites of all; the re-framers.