"The people are asleep!", or "Once we provide them with information they will know what is going on!", these are the excuses given to a population that, in my opinion, are not as ignorant of what is going on in our country right now as others are led to believe. Let me put my case forward to explain why I believe most Irish people bare full responsibility for the demise of our nation.

We have been mislead to believe that the Irish are natural rebels, we are a people who don't lie down, we are "the fighting Irish" after all. These are false beliefs and they serve nothing other than to perpetuate a myth that allow the enemies of our nation to rely on our fabled fighting spirit but one realised as inertia. What better way for a people to be subjugated than to sell to an apathetic people, by pretense, that they are a raucous crowd of belligerents. It is not dissimilar to the idead of a docile child munching on snacks watching a war movie on the television believing himself to be a warrior. Reality and self deception are not one in the same. Fantasising about being in the ring and competing with a champion boxer is not the same as actually being there.

Several layers have to be unearthed to prove my case. One; Historical consistency. Ireland was the only colonised nation in Europe, a period that lasted in excess of 700 years. In 1169 upon the invitation of the King of Leinster, Dermot McMurrough, came the arrival of the Norman English under the Earl of Pembroke, Strongbow. A period of limited 'Lordship' was exercised over a section of Irish territory called "the English Pale", this foreign control was to eventually evolve into a claim of kingship when Tudor monarch Henry VIII declared himself King of England and Ireland during the 16th century. During the period 1536–1691 saw the first full conquest of the island by England and its colonization with Protestant settlers from Great Britain under  Stuart dynasty beginning with James the 1st of England ( James VI of Scotland). The 'assimilation' was completed with the Act of Union between Great Britain and Ireland in 1800/01 during the reign of the Hanoverian King, George III. Whatever way you want to look at it, domestic control over Irish land had been seized and redistributed. 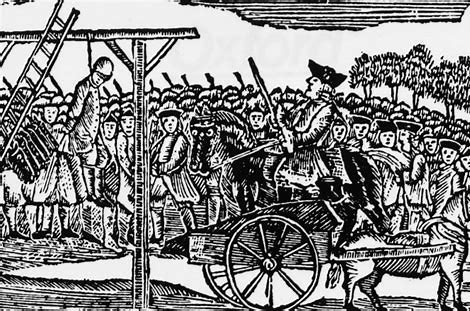 What was the response of the native Irish? rebellion and revolt, all of them failing on account of treachery, touting, indifference and complicity. Brave men and women, both Catholic and Protestant , gave their lives for Ireland only to be betrayed by their own people through apathy or treason. Let us not forget that the men of the Easter Rising in 1916 were met with jeers and vegetable projectiles from working class Dubliners upon their arrest. In the meantime, we Irish have leaned on the convenient myth of the "fighting Irish" while the vast majority of Irish men and women, through our long history, in fact had remained idyll or actively betrayed their nation. The current malaise is NOT unprecedented;  it is, in more precise terms, distinctly in conformity with a complicit past.

My second argument concerns the role of agency. Every human being with the ability to cogitate at some level does so according to his own agency. By agency I mean act in accordance with their own free will. Admittedly, some actions that appear freely performed may be subject to deception, coercion or other duress. A wasp flying around in the car while driving may cause a driver to act out of instinct and turn the steering wheel in the direction of a tree on the side of the road. The driver in this instance has neither the intention ( as in a particular mental state to carry out a willed action) or motive ( the motivation, refraining or drive to pursue a certain action) to crash his car. In this scenario the law tends to exculpate the driver of his wrongdoing ( crashing the car into a tree) as there was no willful motivation to cause damage but for the fear of a wasp's sting. However, if a person were to voluntary drink a bottle of vodka and have the same crashed result, the law recognises an initial intention ( the state of mind of getting voluntarily drunk and the known consequences that follow) and the motivation for the primary act (the drive to consume a lot of alcohol with the known effect of intoxication) and the defendant doesn't escape guilt.  The matter would be different if the person were plied a substance without being aware of the true nature of it.  On the other hand, someone who is incited to commit or omit his action in furtherance of a desired end, whether it be by truthful means or deception is still liable for his actions as long as he knows the nature and quality of his action. For example, if I were to incite you the reader to murder your next door neighbour because I deceive you into thinking he is a reincarnation of Joseph Stalin, and if you act on that incitement, you are still liable for the killing even if your motive was to assassinate, according to your manipulated belief, a murderous despot. You still intended to kill a human being without lawful excuse or justification ( justification here has a different meaning to ordinary usage, here it denotes being justified in the sense of proportionate self defence or any other  such 'affirmative' defence). As long as you are aware that the nature and quality of your act subsists, i.e., the act of killing a human being then liability remains. The degree of liability can be mitigated when there exists less blameworthiness e.g. an intention to cause minor injury but the action unforeseeably results in death.

How does this relate to the blameworthiness of Irish people? Irish people have agency. They, by and large, retain the autonomy or capacity to behave in certain ways in response to stimuli. Absent, laws that prevent such action, most Irish people have an opportunity to respond to actions that concern them. Even if laws are present to undermine the freedom to behave, most people still retain the mental and motor function to respond. However, not all laws are just. Take for example laws enacted by a colonising power. These laws may have some formal legitimacy ( passing through a bicameral legislature in accordance with a constitution), however the justness of the law is an altogether different matter.  Alexander Solzhenitsyn put it thus, " If a regime is immoral, its subjects are free from all obligations to it". The Irish people have had many instances and opportunities to challenge invasion, corruption and treachery, yet, in bulk, have instead chosen to surrender to them. The Irish people had ample occasion to resist tyranny but preferred, instead, idleness or bribery. 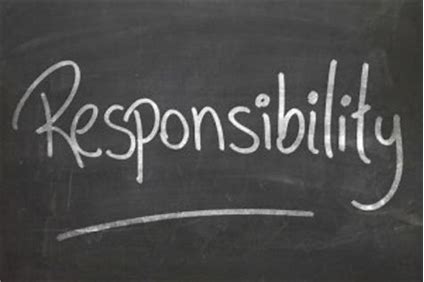 Somewhat related to agency is duty, my third argument. Much like a good mother motivated instantly to save her child from drowning each member of the nation has a duty to do what is best for the nation. The corruption here concerns not necessarily the duty element but what conditions it, i.e. "what is best for the nation". The communist and progressive enemies of the nation posit that permitting degeneracy and a dilution of our people and traditions is a "good thing", on the false premises that new blood creates new opportunities and the acceptance of degeneracy makes degenerates feel part of the community ( what is degeneracy? I leave to your imagination and another time). Here, the deception causes evil to become good by distorting both what is evil and what is good. A child molester can successful deceive a fool into believing his abuse of a neighbour's child is good for the child, i.e. the child is the recipient of "love" and a new experience and profound relationship. Any normal individual would see through the charade and consider the act for what it is, the vile abuse of an innocent child. This disturbing illustration demonstrates how 'evil' can be transformed into the appearances of being 'good' yet the character and nature of evil subsists, as it usually does, camouflaged from its deceit. The Irish people have abdicated their duty to preserve what is only custodial, the nation's heritage. One generation has no right to squander what is not wholly theirs, something priceless that belongs to a far bigger democracy that includes the dead and yet alive.  The duty we owe to our nation requires us to act in its defence when it is attacked, whether from outside or within. The duty necessitates us natives to extinguish the lies that are paraded to undermine our nation beginning with who is even a member of our nation.

The Irish in their thousands continue to re-elect traitors and hustlers into high office. The Irish continue in their droves to finance morally corrupt NGOS and charities. The Irish voted in, by majority, murderous constitutional amendments and degenerate practices. The Irish perpetually tend to owe allegiance to foreign agitators and institutions, those located home and abroad, with arrogant impunity. The Irish, in sizeable numbers, ridicule, attack and mock the faith of their persecuted fathers. The Irish, in major part, continue to support anti Irish propaganda by buying anti Irish newspapers and accessing anti Irish media sources. This charge list is not exhaustive. The scapegoating of record, from the English, to the Catholic Church have served the Irish well, why? because it means they absolve themselves of the real blame. The English were invited in by the Irish and permitted to remain for centuries and the Church was supported by the people and the Irish could have altered the relationship through secret democratic ballots upon independence at any time they chose to, but they didn't. We can scapegoat no more.

A traitor, motivated by greed and power or a perhaps a native, by his or her arrogance, deciding to give away what is not theirs, have abjured their status as a faithful son or daughter of Ireland. As happens an incorrigible mother who neglects her child has her parental patronage and connection withdrawn by authority, so too is any claim to membership of tribe when it is sold, intentionally, recklessly or negligently, by commission or omission, from within or without. Until we recognise that the greatest impediment to the protection of Ireland and her traditions is the Irish themselves we will continue to fallow an arid pasture and hasten the demise of our people and our land. We shouldn't forget that  Roman Emperor Julius Caesar recognised Brutus, his friend, as one of his assassins. High time we stop denying the truth and acknowledge the high treason perpetrated by our friends and families.