Everyman Is Of Importance To Himself

Essayist Samuel Johnson captured it quite well when he said, "Everyman is of importance to himself", that the egotism of many men is by nature self contained.

We laugh when a precosious toddler responds to the question " are you great?", "Of course I am!". Our laughter derives from the yet untested confidence of the child. People ignore the obvious narcissism on account of the little one's age, much more, they are amused by the innocent exclamation, an exhortation that is bound to a necessary developmental stage as the child advances towards maturity. However, when adults hear other adults proclaim themselves to be great we automatically feel discomfort. The unease doesn't emerge from a sense of inferiority but rather the acknowledgment that greatness is, as connoted, something rare. If everything and everyone was great, then greatness would be rendered meaningless. Greatness is a detachment from the norm, an accolade deserving not of the average. It would be like saying that all bachelors are unmarried, its a tautology. You can't have a married bachelor, because a bachelor is necessarily a man who is unmarried. Likewise, greatness is referential in terms of the non greatness of others. Most often greatness is applied externally. Most 'great' men were recognised by others to be great, not self applied. Those that do self apply tend to be narcissistic, self aggrandising to the external world because sub consciously a deficit of confidence resides. The external proclamation is a defense to the self realisation of inadequacy.

"What on earth is this guy on about? what a load of aul' cobblers!". In some respects yes, it is on some level a venture into narcissism itself. However, I merely set the stage for an infliction that destroys every movement from the inside out, and does so far more effortlessly and successfully than some external foe.

I love Ireland. It is the country of my people, my ancestors, it is the vessel that contains all the traditions I love, it is the stage where all my heroes performed, it is the landscape where my culture thrives, it is even considered the preserver of a genuine great, western, civilisation, this land of saints and scholars. It is a land worth fighting for, and it is valued far beyond mundane material wealth. It is a priceless entity that once sold can never be repurchased. The crux of the matter is that it should never ever be sold. But, it is being sold, and nationalists ought to divert all their energies to protect it. Instead, those who self proclaim themselves as the vanguard raise themselves to be the cause itself, rather than the cause to be Ireland and its protection. 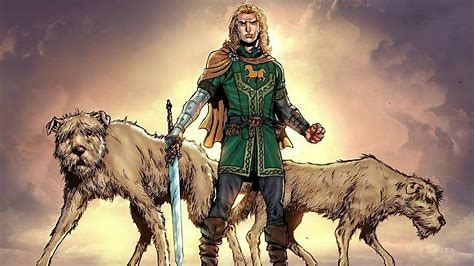 True leaders are not self appointed but their selfless behaviour instead stands out as a trait desiring of fellowship and eventual leadership. It is why great leaders were most often reluctant leaders. From their reluctance came a bulwark against egotism. What mattered was not their success but the success of what they believed in. These men and women were as content to slip away, unnoticed into the night as long as the cause they believed in was successful. No statues are erected during the life of these great leaders because it would be an insult to their selfless motives.

The nationalist movement has been utterly destroyed, ab initio, from the behaviour of men and women who have put their egos ahead of the cause they purport to support. The nationalist movement is already small in number and the factionalism has made those numbers smaller still. It was often said that a camel is a horse decided by committee. One meaning suggested is that when two or more people get together there emerges compromise to mitigate the division, but in resolving the disagreement the original objective becomes unrecognisably distorted. Simply compromise is not the answer in resolving all disagreements but communication of key stakeholders is necessary. By communication I do not mean baseless or unsubstantiated accusations or calumnies. It most certainly is not ridicule or open hostility. To assume the latter is proper communication is like mistaking a fist in the face as a sort of handshake.

While accusations fly, accompanied by silent smirks, tensions grow, bitterness festers and the only true casualty is the cause these people purport to promote. The reality is that anyone who undermines a noble cause is not in favour of that cause because they place their brittle ego over and above the cause. Their final victory is not the success of the cause but the elevation of themselves despite the cause.

The absence of mutual respect for fellow nationalists in a fledgling movement, that does not have the luxury of time to engage in petty squabbles, has led to a pathetic outcome that is sadly not unique in Irish history. There is a legitimate reason why Ireland was the only colonised European nation for 700 years; infighting, treachery, greed and narcissism. I would certainly cast doubt on any individual who uses the cause to win friends, appear significant or seek fame and fortune. 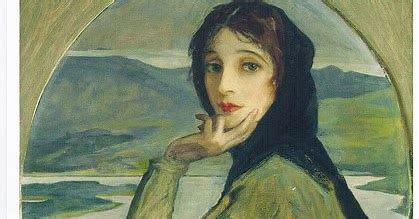 We are all human beings and by nature are peccable and fallible. We all make mistakes. Some are contrite for those errors, others ignorant of them, others too glory in their misdeeds. Others still are genuine, well intentioned and yet maligned beyond reason and certainly absent an opportunity to elaborate on the direction, false or not, in an effort to assuage the misgivings of others.

Apophenia is a the tendency to mistakenly perceive connections and meaning between unrelated things. It is why we hear people make ridiculous connections that have no causal relationship with each other e.g, when a cock crows the sun rises ergo, the cock crowing makes the sun rise, is fallacious thinking. Yes, associations and connections can be apparent but not all are causally related. To arrive at a reasonable conclusion that such causal connection is present requires inference based on reasonable evidence.

Are their infilitrators and bad actors in the nationalist movement? yes, I dare say plenty. Many of these are not those publicly identified as such, and some are, but their culpability must be determined on the basis of evidence not hearsay, that a presumption of innocence must prevail absent evidence to the contrary. Yes, we must all remain vigilant and others have a duty to answer questions are genuinely proferred in the best interests of the cause by those with more expert knowledge than those without. To do otherwise perpetuates distrust, not eliminate it. No one should be above suspicion in these maleficent days but unlike greatness this should be applied across the board. Impulsive attacks and recriminations lead only to more disunity, often a result engineered by traitors from within.

If Ireland is to survive, then the vehicle by which its survival is conditioned must also survive, nationalism. At the moment both are racing  eachother to the finishing line of demise. Kathleen Ni Houlihan deserves much better.