They take social distancing so seriously that they resign over it? But never once has closing the borders been proposed? Calleary's resignation is yet another COVIDIOT hysteria.

Minister for Agriculture Dara Calleary has apologised for attending an event with more than 80 people, which may have breached public health guidelines.

Mr Calleary and EU commissioner Phil Hogan were among the guests at an Oireachtas Golf Society event in a hotel in Clifden, Co Galway Wednesday night.

The Irish Examiner reported that 81 people were at the dinner, with guests split into two separate rooms.

In a statement this evening, the Agriculture Minister said: "In light of the updated public health guidance this week I should not have attended the event.

"I wish to apologise unreservedly to the public, from whom we are asking quite a lot at this difficult time. I also offer this apology and my sincere regret to my government colleagues."

It is understood Mr Calleary has also apologised to the Taoiseach, and he has contacted the leaders of Fine Gael and the Green Party.

Mr Buttimer has also apologised, saying he is "mindful of the tremendous effort made by everyone since March to try and beat the virus".

He said his attendance was a "lapse of judgement". 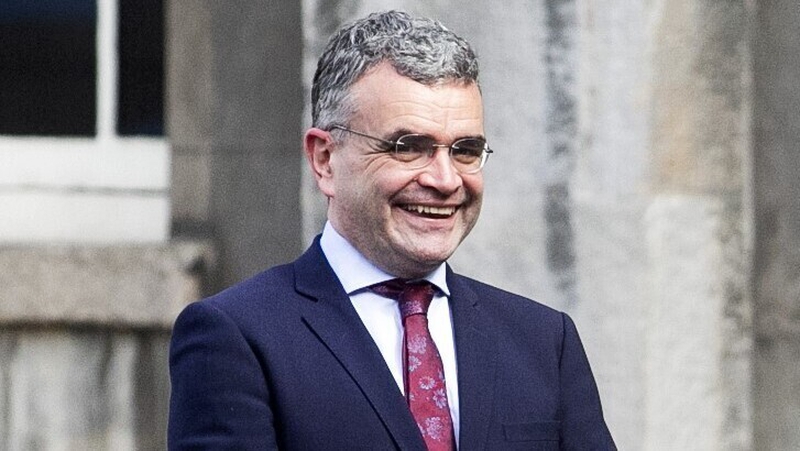 Earlier, acting Chief Medical Officer Dr Ronan Glynn said: "Clearly in the context of the guidance that's come out this week, we would not want 80 people gathering inside any event."

Dr Glynn was asked at this evening's news conference with the National Public Health Emergency Team if it was a breach to hold a function with 80 people in two separate rooms.

He said he would not comment on specific cases and he did not know the detail of it.

However, he added that public health officials were asking people to be sensible and responsible.

"We need as a country to massively cut down the level of congregation to get the virus suppressed."

The Oireachtas Golf Society event was held at the Station House hotel in Clifden.

The hotel's General Manager, James Sweeney, said that under no circumstances would he jeopardise the safety of the hotel and those attending for the sake of "a few quid". He said he was assured that the event did not breach guidance.

Mr Sweeney said he checked with the Irish Hotels Federation and was told that the function would be compliant if those attending were in two separate rooms with fewer than 50 people in each.

One room seated 45 people, with a partition separating them from 36 people in another room.

The IHF said this was because the Department of Tourism had not received any further guidance on the changes.