Bolivian found guilty in the latest migrant sex crime in Ireland after a massive surge in sexual crimes primarily committed by foreign nationals.

A man has been jailed for six years after he was found guilty of raping a woman on a Dublin street in 2017.

The attack in public by Jose Lacerna Pena, 32, of no fixed abode, but originally from Bolivia, ended when two men passing by saw the woman was in distress and intervened.

Pena pleaded not guilty at the Central Criminal Court to orally raping the woman at Wicklow Street on 26 September 2017.

He was convicted by a jury of the sole charge following a trial in December and was remanded in custody.

His lawyers told Mr Justice Paul McDermott that their client does not accept the verdict.

In his evidence, Sergeant Wayne Donnelly said that the victim had been out in a nightclub with her friends and was making her way across the city centre to meet more of her friends.

Sgt Donnelly said Pena approached the woman, began walking alongside her and talking to her, before he sexually assaulted her.

The two men saw the woman was trying to get away from Pena and intervened and the victim ran off.

Pena remained in the area and was arrested.

During an interview with gardaí he said he could not remember the incident and claimed he had done nothing wrong. 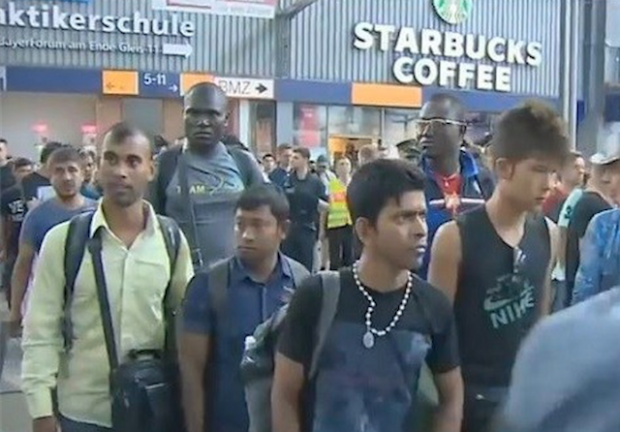 Passing sentence, Mr Justice McDermott said Pena carried out the offence "brazenly in the most public and humiliating manner" as people were walking by. He said that rather than offering the woman assistance, Pena "took full advantage of her vulnerable position".

He said the offence was mitigated by Pena's lack of previous convictions and he accepted this offence was out of character.

He acknowledged Pena will have difficulty serving his sentence far away from his country, family and friends.

Mr Justice McDermott sentenced him to six years imprisonment. He gave credit for time he has already served in custody and said that upon his release consideration should be given for his deportation.

In her victim impact statement, which was read out in court on her behalf, the woman said that after the attack she withdrew from a lot of relationships.

She said she was completely unable to communicate her pain and ended up suffering in silence.

The woman said she "felt trapped in a cycle of fear, sadness, anger and loneliness" for two years of her life.

She said she wished she had the luxury of not remembering what happened, like the accused.