Gemma O'Doherty To Appear In Court Next Month!

The government is coming down on Irish Patriots hard but this is only the beginning. Hate speech laws will be coming soon as per published government plans.

Independent reporter and civil rights activist Gemma O’Doherty was arrested on Friday at a protest at the N11 footbridge at Kilmacanogue, Co Wicklow as the eccentric and outspoken multi award winning investigative journalist hung banners condemning the government’s Covid response.

The banners read “Masks Spread Germs” and “No Forced Vaccines” which were reported to the Gardai who then arrived to remove the signs.

After a confrontation with Ms O’Doherty, who was accompanied by fellow author and activist John Waters, Gardai arrested the journalist as the entire incident was live streamed on social media. 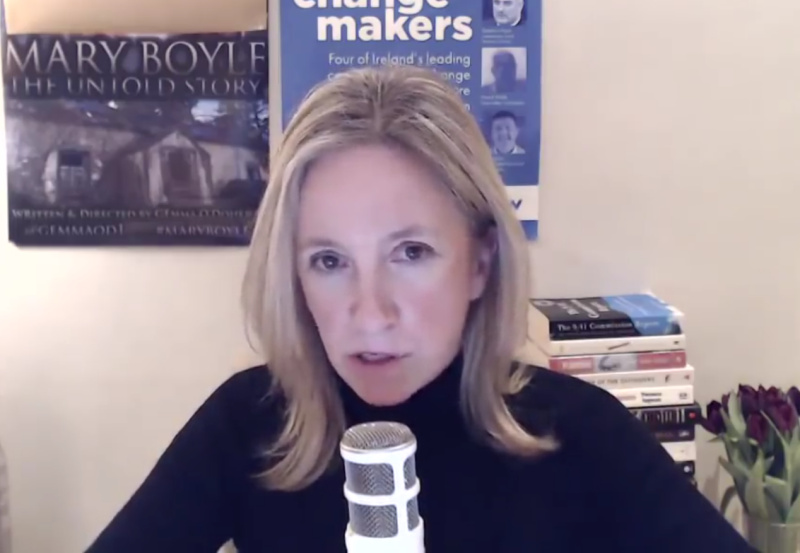 Ms O’Doherty was released on bail on Friday evening, and has been ordered to appear before Bray District Court on September 21st.

As the government threatens to impose another national lockdown and extends the closure of wet pubs as well as insist on the wearing of masks in public places despite the mortality rate of Covid-19 reaching near zero and hospitals being the quietest they’ve been in years public dissension with the Orwellian measures continues to grow.