With muffled jackboots the Country was finally seized in stealth by globalists, an invasion that succeeded many years ago The occupying forces however, waited until Easter 2020 to ostensibly hoist their flag of conquest over the vanquished people, raising the foreign banner outside the sacred building of Irish freedom, the GPO.

"Give us the future, we have had enough of your past", spoke Michael Collins during the treaty negotiations in 1921. " Give us your future, we will destroy your past", murmured the traitors during the treachery of 2020. The barely audible whispers of subjugation that had once quietly slithered along the corridors of power had now found confidence and yelled with renewed vigour; unmistakenly loud and clear.

The ghosts of the men and women, brave and bold, who had given their lives for Irish freedom were being publicly exorcised from their restless abode inside the GPO through an infamous rite of betrayal. Their memory erased, their courageous deeds dumped like rubble from a building site, these heroes of our nation were not driven towards the light of homage but into a dark eternal abyss of rejection.

The tricolour no longer 'fit for purpose' was to be exchanged for a blue globalist flag, with a faint hue of communist red, that no Irishman or woman wished to spill precious blood to defend. The flag of our nation, that banner so revered by patriots, contains more than the colours, green, white and orange for it is seeped in red; blood red, the blood of our fallen heroes and courageous martyrs. 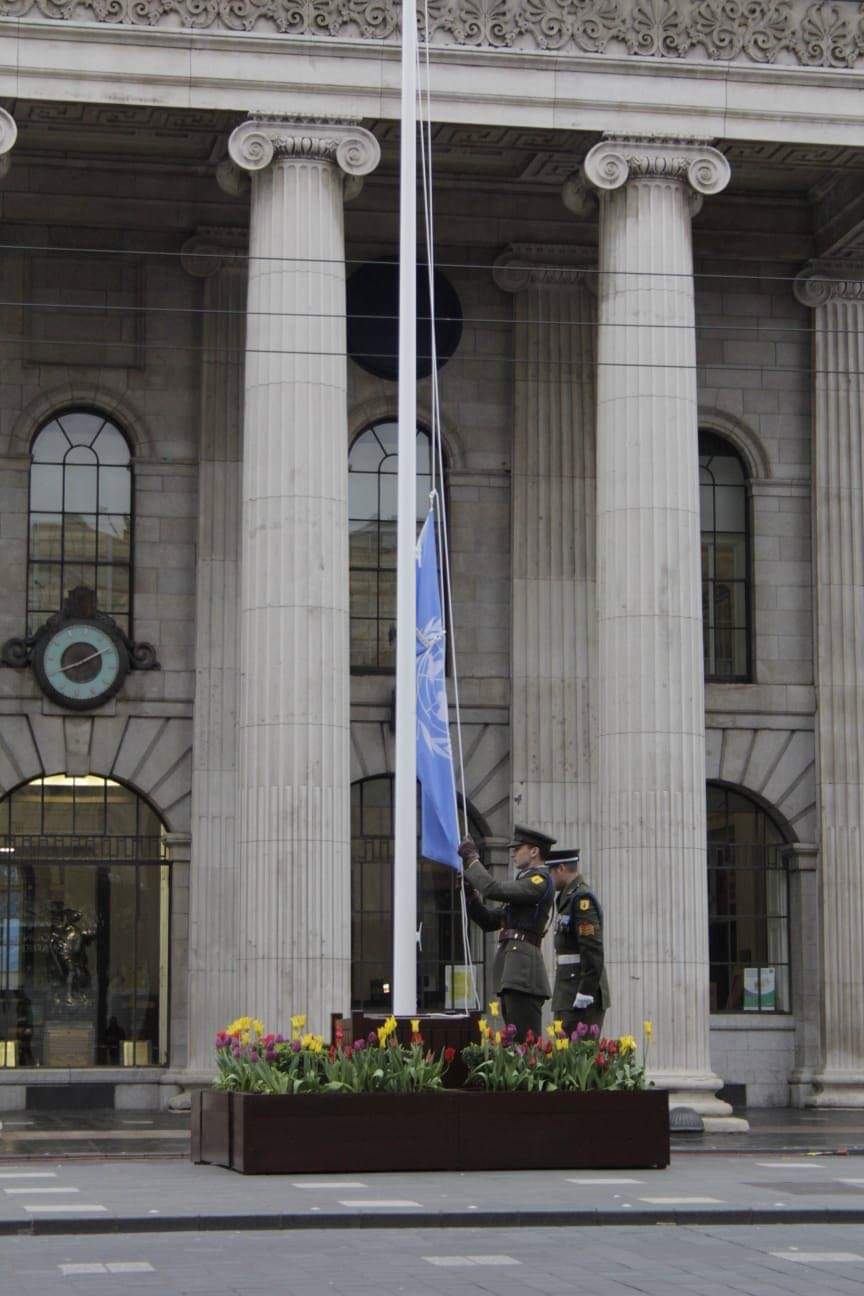 Young cadets, who take the oath of allegiance to Ireland, its Constitution and its nation obsequiously break that solemn promise of fidelity when they choose, albeit under superior orders, to raise any flag otherthan the tricolour. Complicity in treason has become the new currency, one hoarded by those at the top.

Previously, under the governance of treachery, the rainbow flag flew aloft as if in official capacity. This desecration was a harbinger of a future where the past was denied. While greedy, cowardly degenerates who had sworn allegiance to the nation gorged on the plenty, provided by those few who gave their all, their globalist masters fiendishly wring their oily hands in gleeful anticipation of a new brand of slavery. This slavery will be worse than the last because this bondage was enthusiastically handed over by those who warranted the nations survival and protection.

To be enslaved by a powerful invader is a tragedy, but to be lead there by  treasonous countrymen is unforgiveable.