The Fianna Fail Fine Gael coalition is expected to back Tainiste Leo Varadkar in the Vote of No Confidence launched by Sinn Fein, set to go ahead this evening.

The Dáil will this evening debate and vote on a Sinn Féin no confidence motion in Tánaiste Leo Varadkar.

Last week, Mr Varadkar apologised for errors of judgement when he provided a confidential document agreed with the Irish Medical Organisation to a rival group of GPs in 2019.

Mr Varadkar said that giving the GP contract to the president of the National Association of General Practitioners by informal communication was not good practice.

He said it was an "error" and one he accepted sole responsibility for. 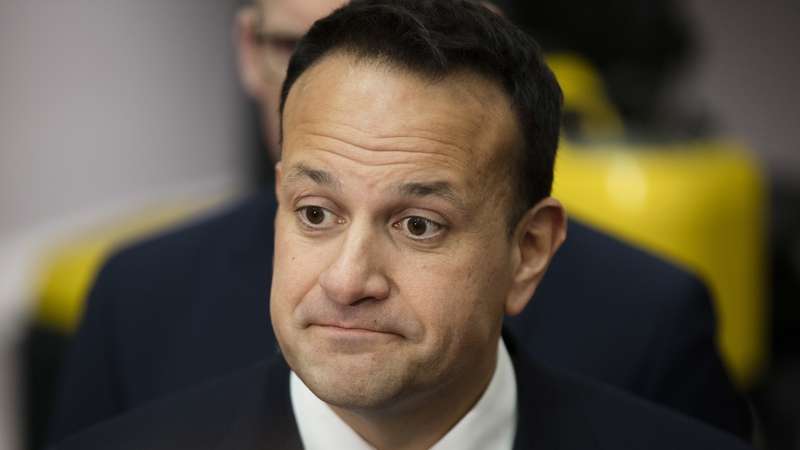 He said he regretted it and was "sorry for the controversy and the annoyance that his actions have caused".

Government TDs have been told that they must all be in attendance for this evening's vote, with all now expected to back the Tánaiste.

After Mr Varadkar's apology a spokesperson for the Taoiseach, Fianna Fáil leader Micheál Martin, said he regarded the issue as having been "dealt with" today.

Fine Gael's fellow coalition partners the Green Party said in a statement it was "important that lessons are learned and put into practice in how this new Government does its business".

The Dáil will first have to meet in Leinster House at 2pm before proceedings move to the Convention Centre.

In response to the Sinn Féin no-confidence motion, the Government will table a counter-motion stating that Dáil Éireann has confidence in the Tánaiste.

Opposition parties have said today's proposal will cost taxpayers more because sittings in the Convention Centre cost €25,000 per day, and they say the vote could be deferred until tomorrow.

Votes on legislation and motions have to take place in the Convention Centre to ensure that Covid-19 guidelines are followed.

Before the Dáil gets under way the Cabinet will first meet with Minister for Foreign Affairs Simon Coveney set to brief colleagues on the EU/UK trade talks.

Mr Coveney is likely to emphasise that the result of the US presidential election should not dilute the sense of urgency for businesses to step-up Brexit preparations.