Guardians Of The Peace

The police are only doing their job! They are merely enforcing the law! That's what the police in North Korea say as they drag citizens to the gulag to join the "disappeared".

An Garda Síochána meaning "the Guardian of the Peace" In Irish, more commonly referred to as the Gardaí or "the Guards", is the police service of the Republic of Ireland. The service is headed by the Garda Commissioner who is appointed by the Irish Government, the current incumbent being Drew Harris, former deputy chief constable of the PSNI or Police Service of Northern Ireland ( formerly known as the Royal Ulster Constabulory). Headquarters of the Gardaí are in Dublin's Phoenix Park.

In 1919, a security force known as the Republic Police Force operated in parallel to the pre existing Royal Irish Constabulary. Eventually, these forces were disbanded as an independent provisional Irish Government was established. Initially calling itself 'The Civic Guards' in 1922 legislation was soon enacted by the Free State Government a year later called the Garda Síochána (Temporary Provisions) Act 1923.  The Act provided for the creation of 'The Garda Síochána'" wherein, under section 22 of the Act, 'The Civic Guard' were deemed to have been established under the Act and the force renamed as The Garda Síochána'.

Since the formation of the Garda Síochána in 1923, it has been a predominantly unarmed force, and more than three-quarters of the force do not routinely carry firearms. As of 31 December 2019, the police service had 14,708 sworn members (including 458 Reserves) and 2,944 civilian staff. Operationally, the Garda Síochána is organised into four geographical regions: the East, North/West, South and Dublin Metropolitan Regions. 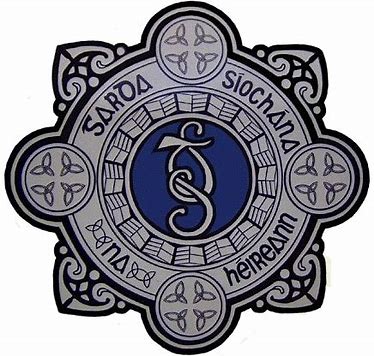 While there are many decent, noble and well intentioned personnel within the force, like every institution, it has its own measure of unsavoury characters too. The lockdown is causing immense difficulty for many people and while the degree of danger from COVID19  is yet to be fully understood there have been incidents where the force may have acted contrary to their oath to serve the people in the best interests of the people. The reply by the Gardai will be that, as enforcers of the law, theyre acting in accordance with legislation, moreover, their duty always performed with the 'best  interests' of the Irish people in mind. But what do "the interests of the people", or indeed its sibling " the common good", really mean?

This is not an easy question to answer. A mother may say she lets her toddler son behave in any way the child wants to because she wants her son to be happy and a happy child is in the interests of everyone including the child? Another mother will say she reprimands her son when he does something wrong because proportionate discipline is good for the child in the long term as they learn how to behave in a society that is not centred on himself. She does so even if the child disapproves of the punishment and in the long run, such discipline is in the interests of everyone including the child. Two mothers, with different interpretations of "best interests".

Most people would find fault with the former strategy as a child is too immature to recognise the full impact of the consequences for its actions. A child of say 5 might be curious about seeing his Dad smoke a cigarette and want to ape his hero by smoking. However, no sane parent would cave in to a five year old and light him a cigarette, even if that is what he demands and refusal of the request makes him unhappy. More sane people are inclined to prefer the latter strategy of teaching the child the difference between right and wrong even if such lessons require a sanction and makes the child immediately unhappy. Likewise, applying best interest to a whole society can be equally challenging.

Admittedly, ensuriing the safety of the people by abrogating other freedoms might be considered proportion as a right to life is considered superior in a hierarchy of rights over freedom of movement. However, this is precisely where we come to a problem. The Gardai are acting in accordance with the law that grounds itself on a principle of "best interests" a concept understood to place value of life over all other considerations. Interest collide so they are measured against each other to discern which has greater value. The highest value in a society is considered to be the right to life.  To able to move around and invoke the right to free movement presupposes the idea that one must be alive first in order to be able to move. All other freedoms emerge from this one basic  fundamental freedom, the right to life. This is  also the undergirding rationale behind such ideas as " best interests". 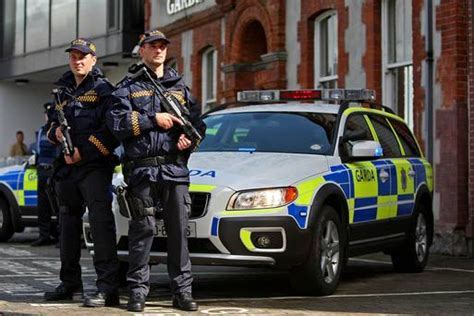 If we are to accept this rationale to be true then most people would accept that draconian legislation with severe restrictions and its enforcement might be reasonable in the circumstances where lives are at risk in a pandemic like COVID19. However, for the rationale to work it must be consistently applied and we know that this isn't the case. The abortion regime which murders over 1000 babies in the most brutal manner makes a mockery of the concept of "best interests". The usual retort is that women would die without killing their babies and therefore the rationale subsists. This is a lie. A baby never has to be intentionally killed to save a woman's life. A woman may need her unborn to be extracted to save her life but abortion is NOT the removal of a baby from the mother. Abortion is the INTENTIONAL killing of an unborn baby. Many babies sadly died when extracted to save the life of a mother, but every effort was made to save the baby once removed. Abortion instead requires a butcher to go in and kill the baby and discard it in a bin like out of date entrails and pork sausages. Moreover, the baby, is denied even its obvious objective claim to be considered human. Science is unequivocal, the baby is a human being albeit at a particular stage of development. The collision here is not one life v's another, the position put forward by a regime of child killers is that it is one life saved over a bunch of cells. This is the greatest lie of our age. Not only are unborn children a life worth acknowledging and therefore saving, the cell count argument is propaganda, why? because adults too, including the child killing physician is also composes of cells, just a larger amount.

In addition, the State, while pushing for mass child murder, considered that the privacy or the fundamental right to bodily integrity, that a woman should be able to do whatever she wants to her own body is superior to any other right. This is patently false. Such a right cannot be superior to the most basic fundamental right of all, the right to life of another human being. The unborn child is a distinct human being, with its own DNA to that of the mother. To complete the sham, the same government warrant to protect unborn babies , but only those who are "wanted". The unborn nature of the child remains the same whether they are wanted or unwanted therefore the key difference is the latter, whether the child is wanted or not. This illustrates that the "best interests" has an altogether different meaning to the one we might think it has. The real meaning, at least according to those who abuse their power, is indeed recognisable as "best interests" but whose best interests are they serving? Certainly not the most vulnerable in society like those of the voiceless unwanted unborn children of this country. If the powers at be can be that callous and deceiving with the abortion issue then it calls into question whether other motives that underpin other acts performed apparently under the rubric of  "best interests" are also dubious?

What has all this to do with the Gardaí? The executive arm of government cannot perform without the enforcing judicial limb to exercise its rules and diktats. Those who make the law would have no power without those enforcing it on their behalf. The Gardaí were established owing fidelity to the State where the people were sovereign but this is like saying a soldier that intentionally shoots an innocent bystander at the command of an officer is merely following orders. The Gardaí, like the shooting soldier, are mere instruments in the hands of anothers authority. If the government were to say tomorrow "round up all citizens and shoot them because we consider the country too populated and in the interests of survival we need to cull people", the Gardaí, and army for that matter, would most likely act on those orders. Under international law of course this would be considered illegal, why so?

If a soldier or police officer stated that all he was doing was following orders, this would exculpate the soldier or police officer and incriminate the higher in command. The higher in command would similarly say he too was following orders and it would lead therefore to just one single person, say the Taoiseach, as being the only one responsible for the issuance. The soldier or police officer, say under a totalitarian regime, might say " I had no choice!? If I didn't act on the orders then I would have been shot, or my family! I was under duress!". This sounds reasonable but a totalitarian regime necessarily requires this fear in order to operate in the first place. It explains why a soldier or police officer knowingly commits an unlawful act ( unlawful in relation to international law not domestic) to save himself or putting his interests over the common good interest. The egregious actor however remains culpable, it is only the degree of blame that depends on different factors-he is still considered guilty of the crime ( the level of blameworthiness then applies to the degree of penalty meted out ). Of course history also shows us that ordinary police officers or soldiers may be indoctrinated to believe that the orders  they are carrying out are in fact morally just according to the distorted worldview they were inculcated into by those at the top. Nevertheless, there is an objective morality that ought to inform every actor, indoctrinated or not, that certain acts are intrinsically wrong. No sane person would conclude torturing a baby is moral? Then again, we now have such an abominable act enshrined in our constitution.

Again, what has this to do with the Gardaí and the lockdown? The supposition is that the Gardaí, and most times I am certain they are, acting in the genuine best interests of the people but this always needs to be questioned. If someone tried to interfere with a woman about to kill her child through abortion, the law of the land states that this interference is an attack on this woman's constitutional rights and would require the enforcing arm of the State, the Gardaí, to uphold the aborting mother's right to have her child killed. What is the difference between this and a member of the KGB, acting according to the legitimate laws of the USSR, killing an innocent farmer? Both are acting from superior orders yet both actions are morally reprehensible. Sadly, such is the dishonesty that prevails in the far leftist community that fake human rights organisations like Amnesty International would rebuke the latter action while commending the former yet both actions result in the murder of an innocent human being at the behest of the State.