Half Of Africa Wants To Plant Us!

50% of Africans told investigators that they wanted to come to Europe. Can we withstand a New Plantation of savage barbarians?

Nearly half of the young people in North Africa and the Middle East say they are either actively trying to migrate or are considering migrating to another country, according to the 12th ASDA’A BCW Arab Youth Survey.

The survey, which interviewed 4,000 people aged 18 to 24 across 17 states in the Middle East and North Africa (MENA), found that 42 per cent of those polled wanted to leave their home countries and migrate elsewhere, and 40 per cent have thought of moving to another country in a permanent basis.

Fifteen per cent of the respondents said they have taken active measures to move to another country, and only 32 per cent said that they would never leave their country.

Lebanon saw the highest rate of young people wanting to leave at 77 per cent, followed by Libya at 69 per cent, Yemen at 66 per cent, and Iraq ar 65 per cent. 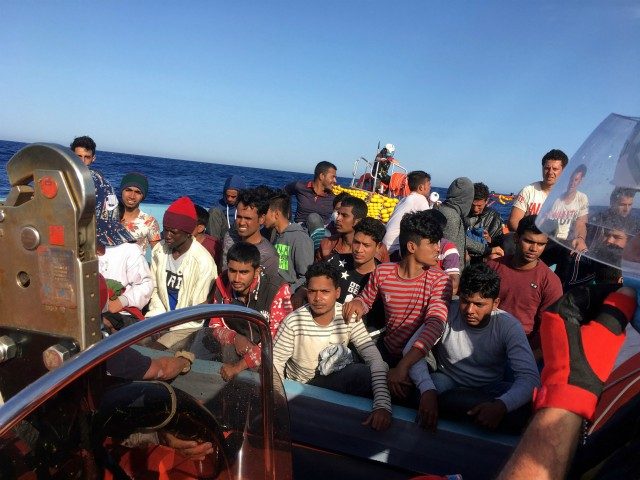 Around a quarter of the youth said that they wanted to move for economic reasons while factors commonly associated with refugee status such as religious or political reasons scored just two per cent and eight per cent respectively. Security issues scored slightly higher at 12 per cent.

The Wuhan coronavirus has also had an impact on attitudes towards migrating, with 32 per cent of the youths saying the virus has made it more likely they want to move abroad. In Lebanon, the figure was far higher, at 77 per cent.

Similar surveys taken in recent years have also shown a strong desire to migrate in other regions such as sub-Saharan Africa. In 2018, a Pew Research Center study revealed that as many as two-thirds of sub-Saharan African’s 1.1 billion people wanted to migrate to either Europe or the United States within a five year period.

Many within the European Union and its member states have long argued for more legal ways to encourage migration from regions such as Africa. French President Emmanuel Macron had said in 2018 that population growth in the continent will lead to an “unprecedented” age of mass migration.