An all-female lobby group is pushing the government to accept yet another 400 planters! The group wants 400 refugees brought from Lesbos which has been overrun with rioting and disorder after Turkey pushed refugees into Greece.

Fifty women, men and children are to be relocated from Greece to Ireland following the fire in the Moria refugee camp on the island of Lesbos last month, the Minister for Justice has said.

In a video posted on Twitter on Thursday afternoon, Helen McEntee announced she had approved that 50 asylum seekers “within family units” be brought to Ireland “where they can hopefully begin to start a new life in a much safer environment”.

A total of 1,022 people have been brought to Ireland under the relocation strand of the Irish Refugee Protection Programme since 2015. The minister noted Ireland had also agreed to accept an additional 36 unaccompanied minors from Greece, “the beginning number of which came earlier on this summer”.

The minister’s announcement follows the launch of the 400 Welcomes campaign earlier this week, which is calling on the Government to urgently evacuate 400 people from the burnt-out Moria camp. The all-female campaign group, which is made up of doctors, teachers, writers, community and social care workers and musicians who have worked with refugees, has warned of a “concerning lack of political will” in Government to support families stranded on the Greek island.

Earlier, Caoimhe Butterly, a humanitarian worker and trainee psychotherapist who is helping to co-ordinate the campaign, said all 20 members of the group had “witnessed the cruelty and inhumane conditions” in refugee camps in Greece and across Europe and were “deeply disappointed” by the Government’s initial announcement that it was fast-tracking the arrival of just four unaccompanied minors following the Moria fire. 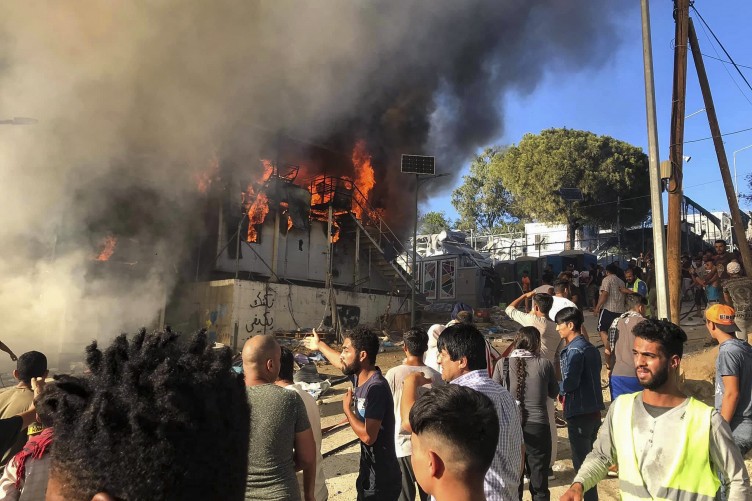 Ms Butterly warned that dreadful conditions in camps had become “normalised” in the European consciousness, adding that there is an onus on the Irish Government to respond to the “profound injustices” facing refugees.

The campaign’s decision to select 400 as the number for relocation was “an iteration of the Irish 100,000 welcomes” and a figure viewed as “reasonable” and “doable”.

The group’s campaign, which helps people contact their local TD calling for the relocation of 400 people, has been signed by more than 14,000 people over the past two days.

“A lot of us involved feel that the Mediterranean and Aegean sea have become conceptually further and further away for people in Ireland. We’re calling on the Government to proactively respond with both courage and compassion.”

Dr Claire Dunne, an Irish doctor who has been working intermittently with refugees on Lesbos since May 2019 and has remained on the island throughout the Covid pandemic, said the Government’s initial offer to take four unaccompanied minors from the burnt out camp was “completely inadequate”.

Dr Dunne said she had joined the campaign to raise awareness of the “devastating impact” conditions in Moria, both before and after the fire, were having on people. She added that the new camp being built on the island was “in many ways even worse”.

“A new Moria camp is not the answer,” she said. “People need to be urgently evacuated, we cannot start this cycle all over again.”

There are currently around 9,000 people in the new makeshift camp where there is no running water and sanitation is in “a completely dire state”, she said. “There is a completely inadequate number of toilets or showers and many women say they have no safe space to wash or use the toilet at night.”

With temperatures dropping as winter approaches, this new camp, which is on the water’s edge, is dangerously exposed to the elements, she added.

“Given the severe mental health conditions we see frequently in children here including panic attacks, developmental regression, self harming behaviour and suicidal ideation, we are very concerned about the long term impacts of being contained in camps such as this on children’s health,” said Dr Dunne. “The Irish Government needs to step up and help, we can do so much better.”