POLAND, HUNGARY, AND the Czech Republic broke EU law by refusing refugees when the bloc faced a migration crisis five years ago, the European Court of Justice has ruled.

By ignoring an EU effort to share out refugees across the bloc, they “failed to fulfil their obligations under European Union law,” the ECJ held, opening the way for possible fines.

The case was brought by the European Commission after Warsaw, Budapest and Prague refused to apply a relocation mechanism decided by EU leaders to distribute 120,000 asylum-seekers in Greece and Italy.

The migration emergency eased the following year when the European Union struck a deal with Turkey to block the passage of most migrants towards the EU in exchange for billions of euros. 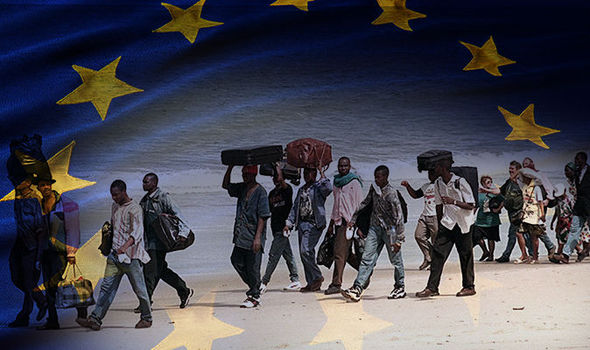 Most of the more than a million migrants who sought refuge in Europe in 2015 were Syrians fleeing civil war.

Turkey, in February, reopened access to its borders with neighbouring EU states Greece and Bulgaria for asylum-seekers as President Recep Tayyip Erdogan sought to pressure Europe to help him out with his military operation in northern Syria.

Greece responded by reinforcing security along its borders and refusing asylum applications in March, sparking an outcry by rights groups and the United Nations.

After frantic diplomacy by EU heavyweights France and Germany, as well as former EU member Britain, Turkey last month ordered land borders closed to refugees once more, according to an interior ministry circular cited by the Dogan news agency.

Responding to Thursday’s verdict, European Commission chief Ursula von der Leyen said “this ruling is important. It is referring to the past but it will give us guidance to the future”.

All three European  countries played down their defeat.

Czech Prime Minister Andrej Babis told state news agency CTK: “We lost but that’s not important – the important thing is we don’t have to pay anything.”

He also said: “the fundamental thing is that we will not take in any migrant and that the quotas have since disappeared, and that is largely thanks to us.”

The ECJ said it weighed counter-arguments by the three states but found them lacking.

“Those member states can rely neither on their responsibilities concerning the maintenance of law and order and the safeguarding of internal security, nor on the alleged malfunctioning of the relocation mechanism to avoid implementing that mechanism,” it said.

The court noted that Poland broke a promise to take in 100 migrants under the obligatory relocation mechanism, the Czech Republic took in just 12 of 50 migrants it pledged to host, and Hungary simply did not offer any number it would take.

The court also rejected an argument to dismiss by the three countries on the basis that the compulsory European Council order had expired in September 2017.

It said determining whether they were in infringement made the case admissible and laid the groundwork for the EU, member states or individuals to later demand compensatory action including possible fines.

Years after the 2015 migration emergency, the EU is still searching for a workable, bloc-wide solution to revise its system to vet and host refugees

Some member states, France and Germany chief among them, are edging towards a durable relocation mechanism taking the pressure off countries such as Greece.

However, they face persistent obstinance by countries mostly on the EU’s eastern rim.