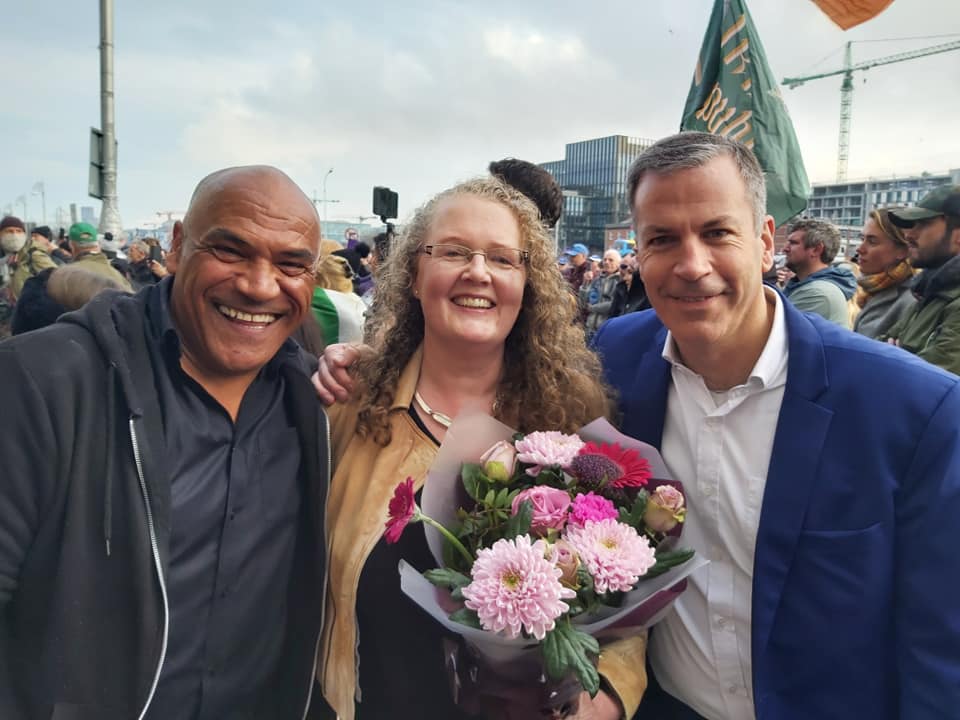 Sharkey is well known in Ireland. A former Ibiza male escort and a professional artist, he was mildly critical of mass immigration during his presidential run.

Sharkey is also an open homosexual and a multiculturalist.

Liberal Irish Times journalist Ian O’Doherty is a well known atheist and libertarian. O’Doherty was also invited to speak at an IFP event.

Hermann Kelly was the Director of Communications of the EU coalition “Europe of Freedom and Direct Democracy”.

Farage’s Brexit Party has welcomed former members of the Revolutionary Communist Party into their ranks, leading some to accuse the party of moving to the left.