Lift Up Your Arms Christian Soldiers!

Christian Soldiers, Lift Up Your Arms!

To say that we are currently in the midst of the greatest battle that has ever taken place in our country, is a statement which many would be inclined to contradict. Nevertheless, those whose eyes have been opened by the grace of God and the light of Faith will affirm that this is the truth.

Ireland is no longer besieged by red-coated soldiers, armed with machine guns and cannons, as she was in the past. No longer are the majority of her people at the mercy of the British landlords. Yet she, along with the entire world, is now obliged either to do combat with the powers of darkness, or to surrender her identity, her freedom and her faith.

War has been declared on all that Ireland once held sacred. However, because it is a battle “not against flesh and blood, but against principalities and powers, against the rulers of the world of this darkness, against the spirits of wickedness in the high places” (Cf. Eph. 6:12), the gravity of the danger which threatens society is often overlooked.

Many people recognise the evident fact that the world in all its dimensions, moral, political and spiritual, is in chaos; but few are able to understand why. Perhaps they do not want to find out, since those who seek the truth in all sincerity will inevitably find it sooner or later. The truth of the matter is that, because no man can serve two masters, and because we have chosen to put other things first in our lives, we have refused to accept the Kingship of Christ. As a result, we have been left to ourselves to discover that there can be no true peace or liberty without Christ reigning first and foremost in our hearts, our homes and our country. When we refuse the liberty of the sons of God, gained by observing His laws, we are forced to experience the tyranny of Satan, who is being permitted to make use of his human instruments only so that we might be brought to acknowledge our need of God, and to willingly accept Him as our King. This is the reason why there is such disorder in society today; but how did it come about? And what are we to do to emerge victorious from this conflict?

The question of how this war began is easily answered, and yet volumes could be written on the subject. It began when Satan was cast out of paradise with all the rebellious angels. He is jealous that we have the opportunity to gain what he lost, and so, from the very beginning of our existence, he has done his utmost to cause us to lose our most precious treasure – our soul.

Freemasonry has done much to assist the devil in destroying the Catholic Church, outside of which there is no salvation, and it is all the more dangerous because it is generally unnoticed. It has given rise to one revolution and war after another- the French Revolution, the Communist Bolshevik Revolution, the 1st and 2nd World War and finally a Revolution in the Church, which is otherwise known as the Second Vatican Council or Vatican II.

Cardinal Leo Josef Suenens himself (who is suspected of having been a freemason and who was one of the most influential Cardinals during Vatican II), described it as “the 1789 in the Church.” 1789 was the year of the French Revolution and just as it brought chaos to the country by promoting and demanding “liberty, equality and fraternity,” so also did Vatican II result in chaos in the Church.

This can be attributed to the fact that whereas the Catholic Church has always made God the primary focus in Her teachings and in Her liturgy, the Second Vatican Council introduced the idea that man is the center of all things. This is the reason why they introduced the “New Mass” in which the priest faces the people – a visible indication that for them, man is more important. God was given second place, and, because they have uncrowned Him, chaos has followed.

It is only by returning to Tradition – to the Faith of our forefathers and to the Traditional Latin Rite Mass, which is the visible expression of this Faith – that our country will return to the days when she was known throughout the world as “the Island of Saints and Scholars”. And it is only when this happens that we will be free from Communism in all its forms of tyranny.

In the days when Ireland was oppressed by the British dictatorship, when the “redcoats” and “Black and Tans” terrorised every Irish National in the country, we had a visible enemy to fight; and although many times we were vastly outnumbered, by taking up arms and fighting bravely, we won back our freedom. Today, however, little can be achieved by imitating the actions of our brave freedom fighters. It is true that we do need courageous men like Michael Collins and Joseph Mary Plunkett to raise their voices in protest at the attempts of our atheist government to deprive us of our faith and our freedom. But this alone will not succeed. It may arouse the courage of a few people who would otherwise have been taken in by the enemy’s disguise, but for the most part, it will not succeed in bringing back the Ireland we love.

What then can be done by courageous Christian Soldiers today? As we are engaged in spiritual warfare even more than a physical one, we must take care to arm ourselves with spiritual weapons. We must lift up our arms in prayer and penance, begging God to grant us the victory, end the tyrannical rule of Satan and establish His own Kingdom on earth. 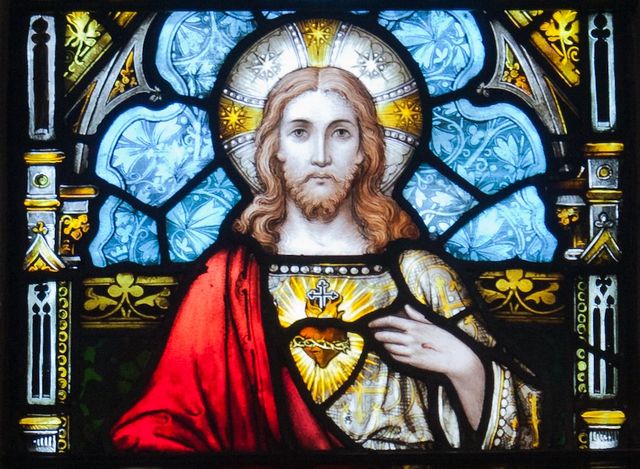 Some may object that prayers are all very well, but they alone cannot put the enemy to flight. True enough; but it is through prayer and penance, through the Rosary and the Scapular, that Our Lady promised St. Dominic that she would save the world. And again at Fatima, she said that only she can help us.

Without denying or diminishing in the least the fact that Jesus Christ, the Incarnate Son of God is source of all grace and salvation, Sacred Scripture clearly points to the central position that Jesus has given to His mother in the great battle for the salvation of souls. When victory comes, it will be due to Mary’s intervention, not to the bravery of our men in taking up physical weapons against the enemy. Mary is an army arrayed in battle.

Who is she that comes forth as the morning rising, fair as the moon,

bright as the sun, terrible as an army in battle array? (Cant 6:10)

The spiritual weapons of prayer and penance will hasten the triumph of Mary’s Immaculate Heart. These, then, are the arms we must take up if we wish to fight for God and His Church, for our Faith and our Country, for our freedom and our souls.

In the Old Testament, when the Israelites were engaged in battle with the Amalecites, it was Moses praying on the hilltop with uplifted arms who obtained the victory. Likewise, as the battle of souls is going on all around us, let us climb the hill of Calvary (as we must in order to keep our faith), heedless of the mockery of the crowd. Let us raise our arms in prayer and penance, both in public and in private, interceding for the souls of our fellow men and imploring Our Lady to crush the head of the Dragon.

Although for a little while we may be deprived of Holy Mass, we shall always find the cross in our daily lives and by shouldering it courageously, united in spirit to Christ’s Sacrifice, we shall find the strength to hold fast to our Faith, come what may. Whatever God permits us to suffer at the hands of Communist bureaucrats, let us remember that they cannot take away from us our most powerful weapons.

And so fellow Christian Soldiers, men and women, young and old, who have all been called to participate in the greatest battle in history, let us unite in spirit; and, by prayer and penance, lift up our arms!