COVIDIOT tyranny continues as Gardai arrest 3 men for praying outside the Most Holy Trinity Cathedral.

Three Waterford men standing outside the doors of the city’s Most Holy Trinity cathedral were arrested on Sunday.

The men, who were broadcasting Mass on speakers, are thought to have been arrested by Gardaí for failing to provide their names and addresses when asked, and for reportedly gathering illegally on the street. 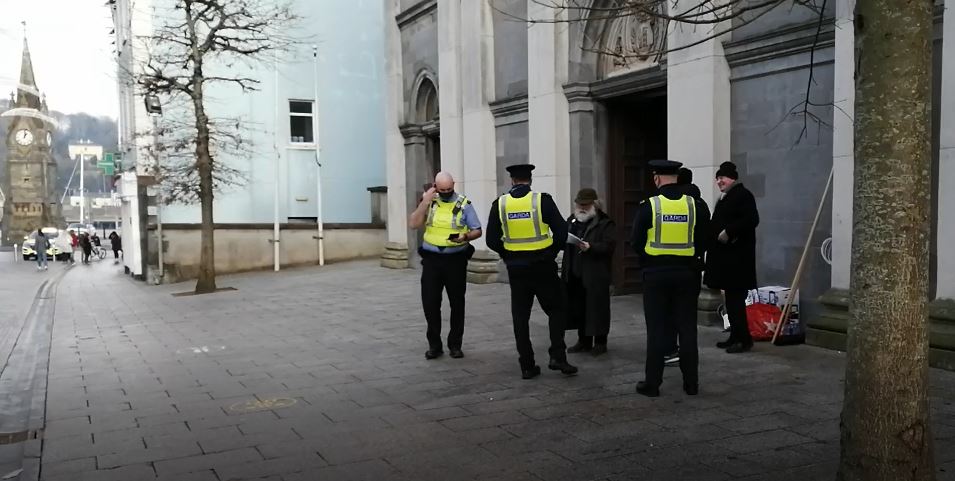 The Gardaí reportedly approached the men to ascertain if they had travelled more than 5km from their homes to be outside the cathedral, which would also have been in breach of the Covid-19 restrictions.

Whilst one man in the group gave his details, three others were arrested and brought to Waterford Garda station where their identities were confirmed and charges made under Section 41 of the 1947 Health Act.

A file is now being sent to the Director of Public Prosecutions following the men’s release from custody.

It is thought the group had assembled outside the cathedral due to the closure of public Masses since St. Stephen’s Day.