The Trans lobby is becoming increasingly absurd as reports emerge of the media covering up the actual gender of a homicidal "transgender" man. When will society be allowed to acknowledge the reality of mental illness causing gender dysmorphia?

The alleged attacker slashed the husband of a woman with whom he was seeking to elope. “Woman stabs Venice man with a machete in attempt to steal his wife,” said the November 27 headline at NBC2.com.

The Sarasota Herald-Tribune headlined its November 24 story, “Machete-wielding Maine woman charged with attempted murder in Sarasota County.” But the newspaper’s fifth paragraph acknowledged the suspect is a man:

"A Sheriff’s Office arrest report states that a couple were in bed when someone broke into their home and began hitting them with an object. The husband identified his attacker as Robert Gibson, who he told police transitioned from male to female and identifies as Alana." 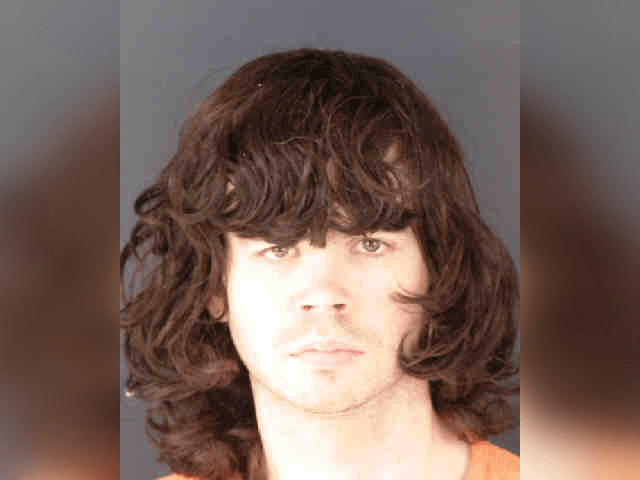 The November 24 headline at the New York Post said, “Florida woman charged in machete attack wanted to be with man’s wife: deputies.” The paper’s fourth paragraph hinted at the reality, saying, “Witnesses told investigators Gibson, who is identified in jail records as female, then began to strangle the man’s wife as she tried to stop the onslaught, deputies said.”

The word 'woman' is so overused thesedays.
Especially in crime reports.👮 https://t.co/sBmInKxMzI

The alleged crimes include a break-in, machete strikes, a physical fight with another man, and a high-speed chase. NBC2 reported:

Gibson broke a window to get into the Venice home, then used a machete to to stab the man multiple times. While Gibson was stabbing him, the man’s wife attempted to stop the slashing. Gibson then choked the woman she was there to whisk away.

Gibson was eventually detained by the victim’s roommates but was able to get free and attempted to drive her car away from deputies, according to the report.

Same people who tell you to respect the wishes of a 4 year old to ‘transition’ ignore clearly expressed requests of a jaded child sick of being his Leftist parents’ activist project. https://t.co/RyEVrx1Jis

Gibson took deputies on a chase spanning more than 20 miles into Charlotte County. Gibson confessed to the crime at the Punta Gorda Police Station Sunday. The male victim was rushed to a Sarasota hospital where he did survive his injuries.

The misidentification of suspects’ sex is increasingly common in media reports of crime — even when there is a video of the alleged crimes. The cause is unclear, but journalists’ organizations have allied with transgender groups to promote the claim that a person’s self-declared gender overrides their male or female sex.

Transgender advocates claim that two million Americans say they are transgender to a greater or lesser extent. But very few people who describe themselves as transgender undergo cosmetic surgery of the genitals. Only about 4,118 Americans surgically altered their bodies in hospitals from 2000 to 2014 to appear like members of the opposite sex, according to a pro-transgender medical study. A Pentagon report commissioned by former Defense Secretary James Mattis said that “rates for genital surgery are exceedingly low- 2% of transgender men and 10% of transgender women.”