It takes a special type of person to do great things in times of great chaos. Thankfully here in Ireland we have a host of great celebrities we can turn to, however surely at the summit must be the Dublin born actor, philanthropist and all round good guy Miles or more popularly known 'Miley', Virus.

To help with the fundraising Irish Actor Miley Virus has kindly donated his collection of discarded wrapping to be auctioned off to the highest bidder. Mr Virus is being heralded as a possible recipient for humanitarian of the year award 2020.

Mr Virus, hails from an affluent south Dublin suburb and went to school in Blackstone College for boys. Miley played many sports at Blackstone but excelled at rugby and even managed to get a trial with Leinster rugby club. Sadly, owing to his extremely large head, he was unable to put on the jersey and so, a career in rugby was dashed. Being stubborn was a trait to serve him well as he set his sights firmly on pursuing an equally life affirming path; acting.

His first big break came as an extra on the RTE news where he received rave reviews. Being the first upper middle class white boy to be cast as a homeless person for a news segment on poverty got him noticed by movie directors but wasn’t done yet with TV. He began playing numerous roles on a series of RTE news programmes from Today Tonight to Nationwide. Fearing he would be type cast as one of the “ordinary Irish folk”, a phrase that became a trademark of his, he landed the role of a catholic mass goer who used to throw insults at an unmarried mother in the street. So convincing was he in the part that the Irish Times wrote a series of articles called ‘Shameless Catholics’.

Eventually Miley knew that Hollywood beckoned so he began auditioning for a number of acting agencies. Things looked bleak until a moment in August 2002 would change his life forever. He met a member of the Church of Satan in Los Angeles and with a stroke of a pen and a slit wrist he had sold his soul to the devil to appear on a remake of ‘The Waltons’ called “ Snoop dog millionaire”, a tv series set in the urban jungles of San Diego. Getting the nod to play one of the main characters John Boy Snoop, he leaned on his previous experience with RTE and despite being exceptionally pale and retaining his heavy Dublin 4 accent he became a convincing black ‘gangta’ in the hood. Such were the accolades that he was nominated for two golden globes in his break-out season. 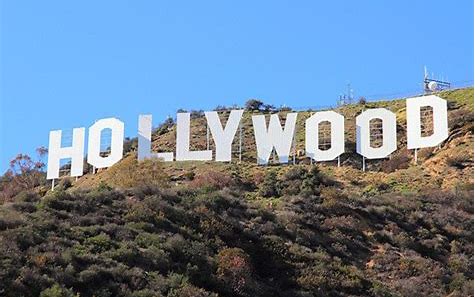 Movie success wasn’t far behind when he was chosen to play the titular role of gay man, Benny Glitter, in the movie “ Pedos need love too”, chronicling the fight of a desperate man pushing hard against a harsh legal system that had cruelly denied him the right to marry his friend’s 14 year old son. His performance was greeted with tumultuous praise culminating in his first of many Oscar nominations. Although he didn’t win that year (losing out to Bingo the Labrador in the bio-pic “Picking up Dog poo”). Virus was not to be denied when two years later, he starred in a fictionalised movie called “Pope Bono the great”, based loosely on the life of the U2 front man ( a more accurate and fact based drama followed the next year titled “ Bono, God of the Universe”, starring and directed by Jimmy Saville’s son, Aleister.

Tiring of the parties and adoration in Hollywood Miley Virus moved back to his beloved Dalkey where he bought a modest house next door to a huge mansion which he also bought. For the sake of convenience, he moved permanently into the mansion and not wanting to waste accommodation he asked a group of homeless men to come and carry his collection of eviction notices into the more modest premises next door where he would store his prized documents.. Having briefly battled mental health issues when he was found in a fit of hysterics having spotted a moth hole in one of rack of Gucci blazers, he was invited to appear before a special Oireachtas committee established to discuss mental health. Soon later he appeared on a special edition of the Late Late Show in Montrose RTE where he was asked to be on the carefully selected panel to discuss ‘ The housing crisis and mental health’. Singer-songwriter Christy Moore, mesmerised by Miley’s courage, felt compelled to write and perform a song dedicated to Miley called “Heroes come from D4 too”. The song had its maiden outing live on RTE’s New years Eve flagship show “Operation Transgender 2015 “with the Edge and Niall Horan as backing singers and a dancing troupe made up of the talented Amy Huberman, Vogue Williams and Nell McCafferty. Soon a musical was to be conceived by composer and ex rugby player Brian O’Driscoll in collaboration with one of Ireland’s finest lyricists, RTE’s Ray D’Arcy. First performed in the 02 Arena, the life of Miley Virus and his riches to more riches story was being told through the medium of song and dance.

One of Ireland’s unsung heroes has done the Country proud again, and despite having to spend three hours per day counting and locking away his 345 million fortune in a vault he offered to donate the contents of his rubbish bin to help the HSE tackle the corona virus ( no relation) and has since raised over 10k online. His humility went even further as he promised not to donate any of his own money as he didn’t want to hog the limelight. Some stars truly shine brighter than others.

A parody by Bosco