NI is being forced into lockdown for 6 weeks meaning even more devastation for families and businesses destroyed by economic hardship and the destruction of our freedoms.

The Occupied 6 Counties along with Britain will be forced into a draconian lockdown from Boxing Day with all non-essential services and businesses forced to close. When will the absurdity end? Western economies will be destroyed leaving us powerless and defenceless, our people will be forced into poverty while Big Business rakes in even more profits. 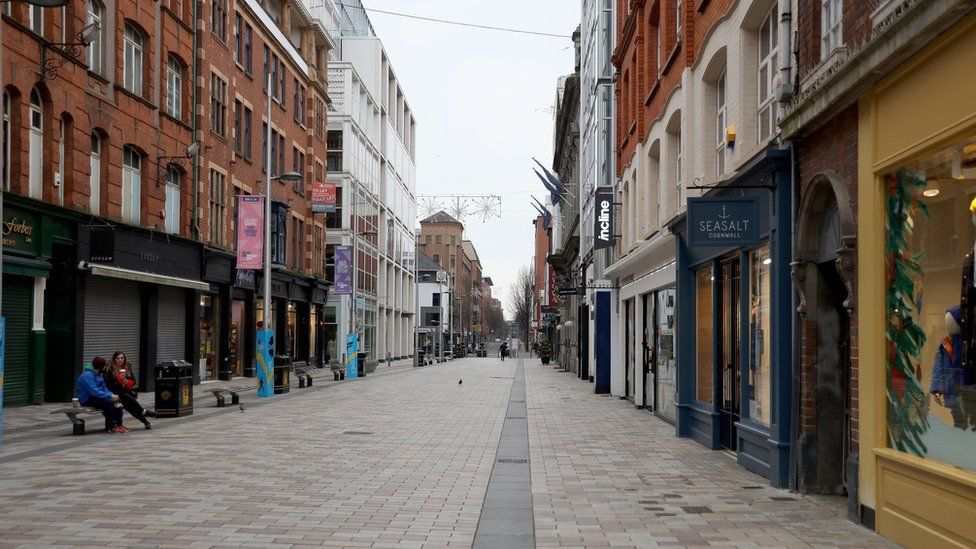 The new restrictions will begin on 26 December with non-essential shops closing after Christmas Eve.

Even tighter restrictions will be in place for a week from Boxing Day as shops must close and no gatherings are permitted between 20:00 GMT and 06:00.

Mr Swann said the measures were being brought in "with a heavy heart".

He said he was "very mindful" of the affect the last year has had on lives and livelihoods.

"We are in, large part, returning to the sustained lockdown introduced in March," he said.

"Once again, a heavy responsibility will rest on all of us to remain at home as much as possible over the course of the six-week period."

The reproduction number is currently 1 to 1.2 but there are fears it could rise to between 1.4 and 1.8 over Christmas.

Northern Ireland's chief scientific adviser Professor Ian Young told BBC Radio Foyle that without a lockdown, the number of deaths and hospital admissions would have been "severe".

"While there will be huge pressures on the hospital system in January it should allow our colleagues to cope."

He added: "There is no doubt that if you allow the epidemic to proceed in an uncontrolled way, you allow everybody if they choose to live their lives completely as normal with a dangerous virus in circulation, then inevitably there will be very severe consequences and many, many deaths."

The restrictions for the six-week period include:

In addition, there will be a one-week period of additional restrictions from 26 December to 2 January. Between 20:00 and 06:00 during this period: