Emmanual Nkencho is doing his best to agitate a successful BLM Marxist movement in Ireland. Hopefully, they will ruin their own "revolutionary movement" with their open anti-white racism and violence against Irish natives.

Video has emerged of Emmanuel Nkencho, brother of George Nkencho, making what seem to be threats against the member of Garda Síochana who justifiably shot his brother on the 30th of December in what seems to be self-defence.

Speaking in front of a crowd of protestors, he said he wanted the Garda ‘terminated’, that he wanted his ‘contract terminated’, and that he ‘wants him finished’. The man goes on to say “Just know Garda when we find him, yeah, just know-” to cheers from the crowd. He went on to say "we don't like these pigs". 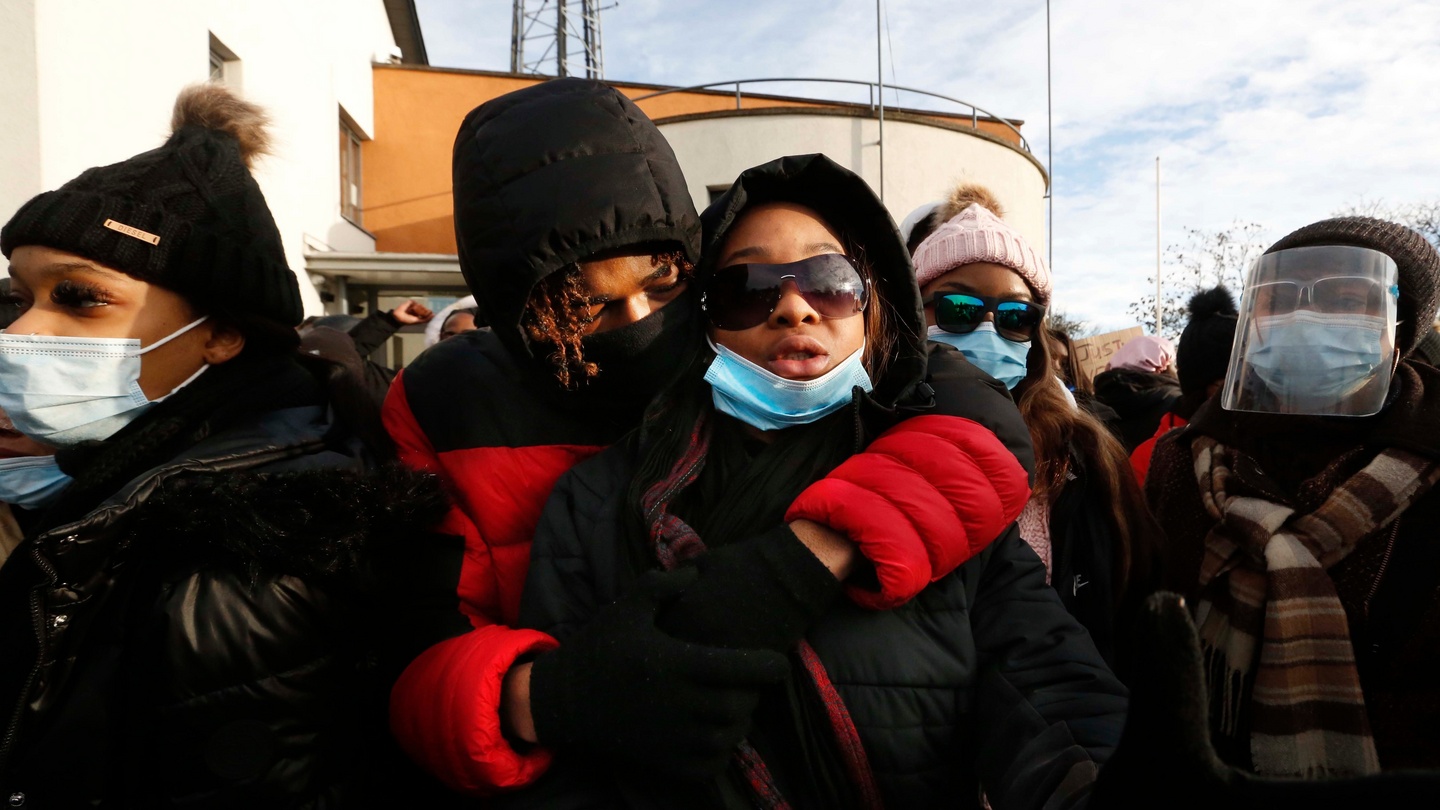 It's not known if Emmanuel meant anything sinister by his comments but the BLM violence taking over the capital has lead many to be deeply concerned.

Video has spread like wildfire online of Garda vehicles being pummeled with stones and other projectiles, while both shoppers and staff were locked inside the shop Nkencho had attacked the previous day, as protestors besieged the shop.

Dozens of videos of Black, African blow-ins savagely attacking Irish people after a knife-wielding criminal from their community was shot have been released on social media.

No politicians have spoken out against Marxist BLM and their savage, barbaric violence yet, although the extreme Far Left have come out to support the machete weilding maniac who left an innocent cashier with a slashed face and a broken nose.

Particularly vitriolic was organization ‘Migrants and Ethnic-minorities for Reproductive Justice’, who proclaimed ‘ACAB’ (All Cops Are Bastards) on their social media, and told ‘settled yt (whitey) people’ to stay away from one of their events, saying they had ‘done more harm than add value to the discussion’.