Not All Villains Wear Masks

It's spring time and a new generation of lambs are being born amongst the numerous flocks that graze nonchalently on the rich pastures and atop the sparser rocky hills of Ireland. The only threat these sheep pose is to a meadow of long grass. Other types of species of sheep are far more dangerous.

"What a hero!", " Ya gotta admit, Varadkar is doing a fine job!", "We are so lucky to have him as Taoiseach"!, these are a few of the remarks from a very special type of sheep I have heard over the past few days. The Taoiseach's Department had spent in excess of 1,794,678 euro on PR, communications and advertising in 17 months, compared to Enda Kenny's expenditure of 16,200 euro within a similar time frame.

Varadkar knows the value of good advertising and the commodity he sells best and frequently is himself. Lately, he announced he would be returning to practice medicine to assist in the pandemic, performing phone assessments to advise people who might be affected, for one session a week. What a "session" is we don't know. What we do know is he is answering phone calls and no where near the frontline but the spin fails to mention that.

The far left propaganda machine " The Guardian" reports that Varadkar has been receiving plaudits for the way he has handled the pandemic from all aisles of the political cabal. 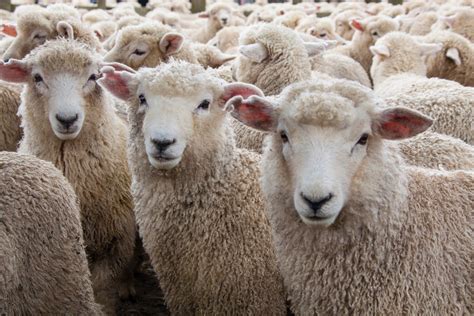 Over 600 billion dollars was spent last year alone on advertising of products and services by greedy corporations? why? because advertising works. We buy rubbish, we consume even more and our appetites grow larger and larger as the general population are craftily persuaded by manipulation, deception and a host of other psychological tactics that demonstrate we are a species incredibly easy to control. Gluttonous corporations would not spend a dime if it didn't render some much greater reward in the form of profit. The reality is, advertising works and it isn't confined to the selling of products or services. Ideas and perceptions can also be managed in such a way that they can be sold to the general public.

Science demonstrates that we use many mental 'short cuts' to make decisions but these 'short cuts' can be manipulated by those who know how to persuade your behaviour to benefit someone else.

One example of how deception occurs is the sales tactic employed by even novice salesmen. Say, a used car dealer is selling a car that is worth 4000 euro. When a prospective buyer comes into his dealership and inquires about the car, the dealer says the car is priced at 16,000 euro. The buyer then replies " that far too expensive" so the dealer offers the car for 50% discount at 8000 euros. The buyer believing this is an amazing deal buys the vehicle but in reality the dealer has sold the car to the buyer for twice the real value of the car.

How does this apply to Varadkar and his PR team? Well, recently, at the initial stages of the outbreak Varadkar exaggerated that the pandemic could result in 85000 deaths. Currently the death count is under 150 and while it may rise it is unlikely to reach the exaggerated number. How does this benefit Varadkar? Well, if the death toll comes any where  under 85000, he will be considered a hero, even though the initial figure was exaggerated and never likely to materialise. So, rather than being judged on, say 2000 deaths, which is a national tragedy, the people will be conditioned by the original figure of 85000 deaths and therefore consider any lower figure, in relation to the exaggerated figure, a good outcome. It is a sales technique similar to the car scenario above and the sheep will fall for it.

While the dangerous sheep of Ireland continue to praise a man who has hastened the depletion of the real treasures of Ireland, ie: it's unique heritage , its Christian culture, multiple unborn generations ( lost to abortion), the traditional family, and other priceless gems, they do so as complicit agents, albeit manipulated, but complicit nonetheless.

Varadkar is a modern 'pied piper' leading his country willingly over a cliff and all the while the sheep cheer him on as they fall to their deaths. To make matters worse, the sheep fund their own manipulation too.