Pride Goeth Before The Falls

While a poor recording of " A Nation once again" echoes hauntingly through the corridor of a community hall it bounces erratically off the sterile gloss painted walls causing its lyrics to become almost inaudible to the point of incomprehension. Activity abounds in the centre. Volatile chattering, interrupted by bursts of laughter, is measured to the beat of hurried feet that tramples upon the linoleum floor beneath en route to the next chore two rooms down.

These scenes are quite familiar to anyone who has worked in or about any community centre dotted around the country. The hive of activity contrasted with the clinical surroundings funded by a governmental grant or subsidy. These community centres were initially established to empower locals who had told themselves, or had been informed by others, that the community had been disenfranchised, that their voice was silenced, their perspective side-lined for the interests of the powerful outsider. Any person willing to defer to any conception of objectivity might agree. The people had been deprived of a voice, and if one was given it was channelled through a medium of self interested other.  Those who made decisions for others, local politicians etc, may (or may not) have begun their vocation with the best of intentions but over time they have been tempted by self enrichment at the expense of the communal interests they had vowed to protect. The assumption, largely based on fact, was that those who engineered profits and benefits for themselves emerged from the dark shadows of unrelenting avarice- in other words the vice of capitalism. Politicians who were meant to work on behalf of the best interests of the community saw their souls inveigled by those with vested interests and material means; corporations, lobbyists etc. Once the experience of self enrichment set in, they abandoned the faintest trace of virtue and with it, the people they were meant to serve.

Filling the vacuum of the betrayal came others professing even more virtue with greater promises to fulfil. Out from behind the shadows emerged these self appointed defenders of the community with their impassioned guarantees at the ready. These passionate men and women dared to challenge the corruption and to place the needs and interest of the community above those schemers who parasitically sucked it dry. The people in the community began to trust these defenders of justice and understandably abandoned their distrust and scepticism of all things activism. Here were men and women who seemed to genuinely have the best interests of the community at heart. These men and women, after all, culled the corruption and banished the corrupted from the community. However, in truth, the evicted Svengalis were merely replaced by Svengalis of a different shade. The new 'shakers and shifters', these men and women 'of the people for the people'  were far more manipulative than those they replaced. No longer was the community being sacked for the material gain of others but the entire concept of community was now furtively attacked, and from, apparently, within. The 'apparent' nature of the theft was explainable not because of any doubt as to the theft itself but rather the wilful denial by those being robbed. The people of the community lived in abject denial that they were being robbed and robbed by those they had begun to trust.

From the four corners of this magnificent land we call our own, Ireland,  the talons of rapacious birds of prey have swooped down to gorge on the fabric that ties people together; their sense of self, their history, their values and beliefs. To any objective outsider with even a modicum of sense would recognise the plunder and the plunderer yet the people of these communities merely wave these predators in through the front door. There is no denying, other than the denial of the local communities themselves, that globalist, pro abortion, anti Christian, anti Family, pro LBGT and anti Irish who represent themselves as protectors of the community are  in fact destroying that which they pretend to defend. Men and women who wear convenient trappings of nationalism in public while stomping them aggressively into the ground in private ( at the behest of their masters) vitriolically attack true nationalists for attempting to protect what is irreplaceable. Even worse, they get their victims to partake in the assault. 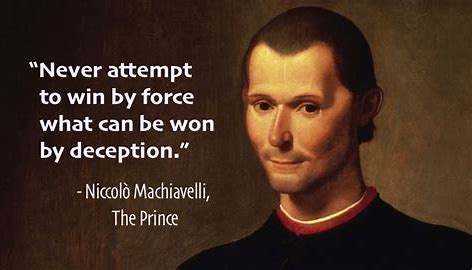 The deception is complete when the tricolour is waved by some Celtic fan in a stadium but later the same banner is denounced as a flag of white privilege in a political chamber by that same fan. In addition, Irish music is played at a political rally yet hours later the theme of that very music is battered online, derided as "old Ireland" and irrelevant by the same people who had danced to it earlier on in the day. The fraud is complete when the stories of historical Catholic discrimination and persecution presented in a movie evokes fits of rage yet moments later the same enraged are seen vandalising Catholic shrines and mocking the faith of the persecuted.

The people of these communities have been so perfectly thoroughly bewitched and deceived that they seek, and in rapid time, their own demise while paying their executioners to do it for them. To make matters worse, the community lambast and send to Coventry the few whose eyes are wide open to perceive the emperor without his clothes. The leaders of the deception encourage, coerce and manipulate those who fail to join the reproving mob.

There have been many confidence tricks perpetrated across the globe from: Jim Jones and his peoples temple in Guyana, to the cult of the Kim dynasty in North Korea, or even the notable crisis actors and false flags used by government agencies ( e.g, gulf of Tonkin used as a pretext to enter the Vietnam war). Possibly the greatest fraud of all is occurring presently in the West, especially Ireland where its people are being convinced by far left agitators in their own communities that they, or their beliefs are not deserving of survival.

From the immortal words of one of the greatest of deceivers, Niccolo Machiavelli, "Never attempt to win by force what can be won by deception" comes the plan. It is quite clear to genuine nationalists that those of the far left, those haters of Ireland who inhabit the concealed corners where the shadows of darkness dwell, study enthusiastically the strategies of Mr Machiavelli. And what of their successes? well, there have been many and they despicably receive magnificent applause and ovation from their victims while achieving it.