Irish pubs will be forced to close by extreme burdens the EU Loyalist Free State has decided to force on them.

Restaurants Association of Ireland CEO Adrian Cummins told the Irish Sun: “I thought it was a joke when I saw it coming in first.”

And even Government TDs want nothing to do with it, with - Fianna Fail’s Sligo-Leitrim Deputy Marc MacSharry writing to the Taoiseach pleading for the “Stasi like guideline” to be reversed.

Restaurants and gastro pubs received a one-line email from Failte Ireland yesterday morning to tell them that the Covid-19 regulations had been changed without consultation with industry bodies.

The new rules mean that a maximum of six people can sit at a table from three different households but a record must be kept of everything that a customer orders.

The name, contact number, time and date a customer arrives at a restaurant or pub must be kept for 28 days — along with a record what they ordered.

The Failte Ireland document, which was amended yesterday morning, claims the information must be kept for contact tracing purposes.

However, the statutory instrument that created the law, which was signed by Health Minister Stephen Donnelly, states that the information must be kept for “the purposes of inspection by a member of the Garda Siochana.”

The regulations came into effect yesterday and are due to expire on September 14.

Restaurant and pub owners yesterday blasted the bizarre rule change and questioned how keeping a record of what food a customer ate will help the public health effort. 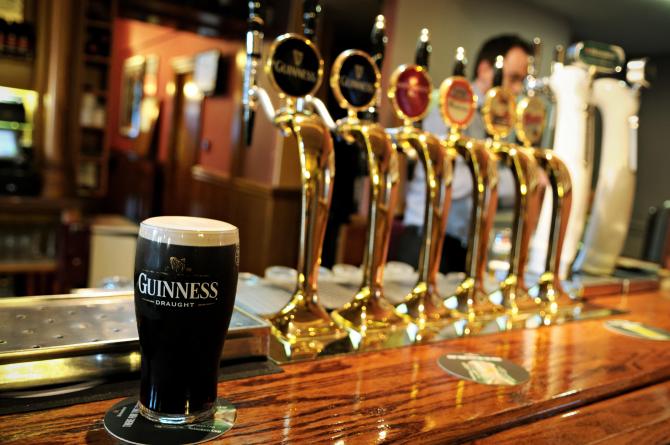 Cummins told the Irish Sun: “We weren’t consulted in advance of this.
“This was a sneaky, slithery way to slip in new guidelines which puts more pressure on businesses from a regulatory point of view at a time when all these businesses across the country find it so difficult to keep their doors open.

“It really annoys me that our industry has played our part and will continue to do so from a public health point of view but when you have no consultation outside of what was announced on August 18.

“There’s thousands of businesses across the country that are in the dark. If they were going to do this, they should be man enough to tell us in advance why they are doing it.

“Don’t try to slip it in under the radar and say, ‘This is it, get on with it and we’re not even going to tell you it’s coming down the tracks’.”

“If you are not geared up from a technology point of view, it’s going to cost your business a lot in record keeping. Can you imagine you come in and you write down on a docket ‘table number’ and you have to match the docket to the contact tracing book? They are up in arms. They are like, ‘Here we go again.’”

The new restaurant and pub rules from Failte Ireland led to several senior Fianna Fail party figures speaking out against their own Government over the changes.

Deputy MacSharry said of the directives: “This is a step way too far and I appeal to all of you to urgently reverse this authoritarian and unnecessary nonsense.

He went on to slam the “police state restrictions” and questioned why the Tanaiste Leo Varadkar had told the Fine Gael parliamentary party they should relax pubs rules — while the Government is increasing the restrictions.

He said: “This is crazy stuff. The idea that a pub must record all food ordered by each customer and then store it for 28 days is bureaucracy gone mad.

“Not only is it too impractical for our members to implement but why does the Government think this law will help in the fight against Covid?

And a spokesman for the Licensed Vintners Association told the Irish Sun that they believe the new Failte Ireland guideline is “ridiculous”.

He added: “Has any consideration of the administration burden this is going to cause been taken into account? How is it going to help protect public health to know what is on a customers pizza or what way their potatoes were cooked?