Made famous by the movie " A Man For All Seasons" ( 1966) starring Paul Scofield and Robert Shaw et al, the Latin maxim " Qui tacet consentire videtur" received renewed vigour and relevance in the public consciousness.

Translated as, " who is silent appears to consent", proposes the ancient rule that silence to a lack of response to an action was tacit approval for it. Sir Thomas More, who was beheaded under the instructions of Henry VIII, had used this defence in his trial arguing that his silence was support for the legitimacy of Henry to his throne and title. More's conscience however prevented him from asserting support for the Act of Supremacy ( 1534) on the grounds that it usurped the Pope's supremacy as head of the Church in England.

While most people would regard willful action, e.g. kicking a cat for instance, as near obvious consent to that action ( unless the person was under some impediment that would vitiate his consent to the action, e.g coercion etc) a person who, fails to interfere in the kicking of the animal, when he had opportunity to do so, is in some way approving in the acts commission. It is according to this rationale that parents who may not intentionally injure their child would, nevertheless, would be sanctioned for withholding something ( necessary to the care of that child), i.e an act of neglect. The law therefore recognises a positive duty on certain categories of relationship e.g parent- child. In fact, it is argued that if a stranger were to see another stranger drowning and the witnessing stranger did nothing to help the non acting stranger might be held liable for an omission to act. Obviously such liability falls on the basis that the witnessing stranger was in a position to help ( whether he could swim or not), the quality of the help ( could he have made a call to emergency services) etc.

It is also on this basis why Japanese civilians during world war II were reprimanded post war for their inaction or omission to act when they witnessed, for example, maltreated prisoners marching through Japanese towns en route between encampment and place of labour. Now, it must be noted that for many in such a predicament the raising of concern over the plight of slave labour might place the disapproving witnesses families in jeopardy. However, some commentators argue that there is still an imputed responsibility to do 'what is right' in the circumstances. Failure to act might be forgiven because of fear of reprisal but the absence of such public disapproval that gives the tacit legitimacy to the barbaric actions that permits their continuation. 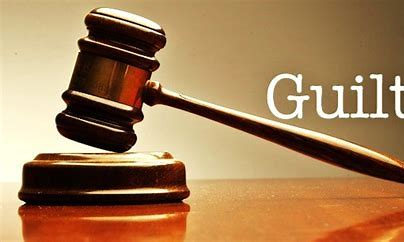 How is this relevant to Irish nationalism? We are witnessing, at a daily rate, the dilution of our; nation, our culture and our people, and the vast majority of its citizens are silent. Many more are wholeheartedly in conformity with this attack, others still go one step further; they praise the actions of this treachery. Are both the silence in the face of treason or wilful compliance with it on par as equally culpable? If one were to look at the consequences of both, each leading to the destruction of the nation then it is reasonable to conclude that silence and compliance are indeed identical as regards outcome. A man who watches his child die by malnourishment is as guilty of a crime as another man who might whip his child to death.  Although the latter arises out of neglect and the former out of intentional infliction of physical harm, the result is the same; the death of the child.

If our nation sinks into the quicksand of history, never to be recovered as that nation resembled,  then it will be incumbant on any dutiful historian to inquire as to how or why it occurred in the first place? The answer will be simple. To explain the death of our nation, the vast majority of Irish people must be held liable, on the grounds of neglect or wilful complicity. It is not acceptable to stay silent while a family member is raped in front of you, nor is it acceptable to watch as our nation is violated. Silence is consent and blame emerges from one's indifference to atrocity as readily as if one intended it to happen.